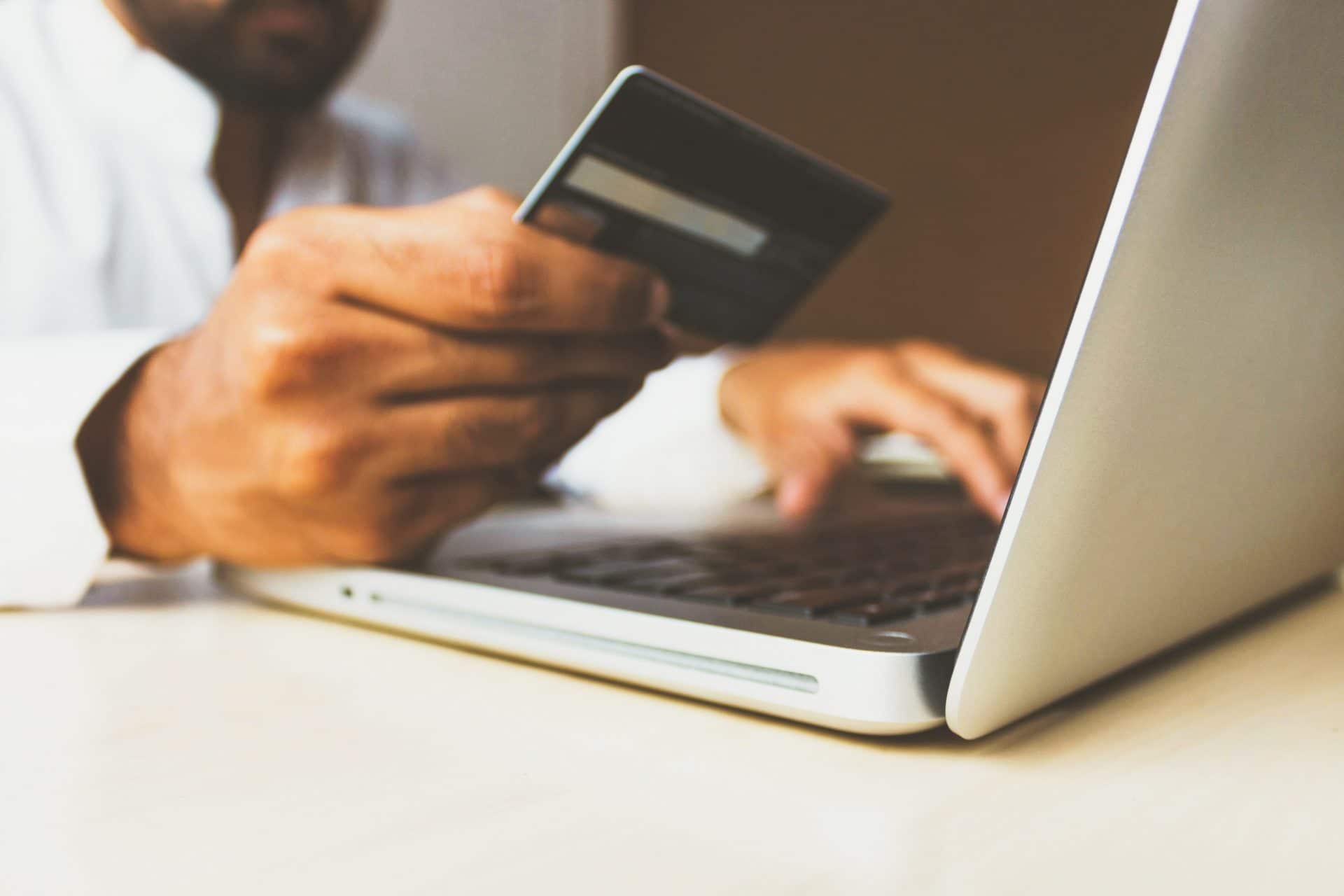 With more than 300 million active users, PayPal has come a long way since its launch back in 1998. Over the course of 23 years, the company’s path was full of ebbs, flows, and tipping points — which is why we bring you some of the most interesting PayPal statistics. These stats will answer all your burning questions regarding this internet mogul. Likewise, they will reveal some rather intriguing facts as well, such as the total PayPal customer number, its annual revenue, and more.

So, if you want to discover everything there is to know about this incredible company and how shopping with PayPal has revolutionized the world of digital payment, keep on reading.

10 Most Interesting Facts & PayPal Statistics for 2022

Let’s dive right into some of the most remarkable online facts and stats about the PayPal money market as of today.

How Many People Use PayPal?

PayPal was founded in 1998, and since then, it has witnessed an astounding growth in users.

1. Within the first three years of launching, the company had 10.2 million users.

PayPal founders wanted people to give them their emails, banking and credit card information. In return, the company provides them with fast and low-cost payments.

Soon, PayPal would become a staple in personal finances. Their user base counted millions, with 2.6 million commercial accounts and $3 billion in payments.

The number of PayPal users witnessed a growth of 38 million compared to 2018. In addition to that, 24 million people had PayPal merchant accounts. The number of transactions amounted to $12.4 billion in the same year, while the payment volume was $712 billion.

Still, these figures fade compared to the year 2020 PayPal statistics.

Ever since PayPal became available for merchants in India to process both local and global payments in November 2017, the total number of PayPal users in India has grown rapidly.

That said, on the 1st of April, 2021, PayPal updated its policy for users from India. Although they will be able to use PayPal to receive and send international payments, they won’t be able to receive Indian Rupee (INR) payments from other Private Limited PayPal users.

Over 200 countries use PayPal’s services. However, when it comes to Europe, Brits steal the spotlight. 330,000 Brits access PayPal’s services on a daily basis. In other words, about 0.5% of the population. Based on the statistics, the total number of PayPal users in the UK in 2019 was 26 million.

Germany was the second country on the list with 23 million registered users. About 312,000 Germans used PayPal’s services every day. In France, 9.5 million people use PayPal, followed by Italy (6.8 million) and Spain (5 million).

PayPal is also popular among the Vikings, in Sweden, Denmark, and Norway. In fact, If we’re to believe the stats on PayPal users by country, 0.14% of Swedes use PayPal daily, followed by 0.13% of Danes, and 0.10% of Norwegians. Only 0.06% of Finns use PayPal, though.

5. 9% of American PayPal users are children.

The same percentage of children have a PayPal account. Given that the company’s policy doesn’t allow children under 18 to own an account, they use student and children accounts signed by their parents.

PayPal has made business so much easier for merchants.

According to the recent PayPal business account statistics, millions of merchants appreciate that:

8. Users over 50 are the company’s fastest-growing segment.

Due to the pandemic and lockdowns, many people had to adapt to online payments to avoid getting infected. PayPal usage stats from March to April of 2020 show people over 50 were PayPal’s fastest-growing segment.

One Touch is PayPal’s feature that allows the users to skip logging in by using their email and password. The feature can be used via laptop, tablet, mobile phone, or desktop. It logs in the users automatically.

How did PayPal gain its popularity?

10. PayPal is currently the second most popular financial service brand in the UK.

In the same fashion, PayPal is also the third most famous brand in the UK. Based on the stats, 69% of Brits have a positive opinion about the company, 18% have a neutral opinion, and only 11% don’t think highly of the brand.

11. PayPal statistics reveal PayPal is among the most popular payment methods in Europe for online shoppers.

Based on the 2019 data, 80% of Europeans prefer using PayPal, Alipay, and WeChatPay as their payment method. 66% of Americans claimed the same, together with 63% of people from the Asian Pacific region.

On the other hand, 51% of Indians prefer using PayPal, Alipay, and WeChatPay.

PayPal is most popular among people between 41 and 56 (Generation X). As a matter of fact, 75% of people that belong to Gen X have positive opinions about the company. Almost the same percentage of Millennials (70%) and Baby Boomers (68%) feel the same.

According to the PayPal data, the company’s user base is not only continuously growing, but it’s also becoming more engaged. Furthermore, PayPal is expected to add 50 million net new accounts in 2021. What is more, 10 million customers use PayPal in-store.

PayPal also introduced the “buy now, pay later“ option to attract more consumers. This was a total success since it has become one of the company’s fastest adopted products.

In 2020, Venmo’s annual payment volume was $159 billion, compared to PayPal’s $936 billion. That said, Venmo contributes about 16% of revenue to PayPal’s total.

How Huge Is PayPal Revenue?

How much money did the company manage to generate in 2020?

PayPal’s number of annual payment transactions grew by an astounding $3 billion from the previous year.

To be precise, the PayPal annual revenue witnessed an increase of about 25%, making the last quarter of 2020 the most profitable period since the company was started.

Not only did the company manage to increase its net profit amidst the pandemic by 75%, but PayPal is now worth more than the giant Mastercard.

The company had a revenue of over $3.1 billion in Q2 2017. They also had 10 million active accounts during the same quarter, which means that each account brought in $14.93 in revenue on average.

How big are the company’s market shares?

Furthermore, the company’s revenue and transaction value grew by 16% and 20%, respectively, after the split.

If we take a closer look at the Paypal 2020 stats, the company had doubled its share price compared to 2019, when the share price was $108.

What’s more, as the PayPal report states, the share price from August 2019 was also significantly higher than that from 2018, when the stock market share price was just $85.

In 2020, GAAP PayPal earnings per diluted share included about $1.24 of net gains from the company’s strategic investment portfolio.

It’s also estimated that in 2021, PayPal’s revenue will witness a growth of about 19% at current spot rates, and about 17% on an FXN basis, making it worth roughly $25.5 billion.

The company’s success also reflects in the fact PayPal is the first foreign company to get a license for domestic payments in China.

25. Based on the PayPal statistics, the company has the 6th largest market capitalization in the world — $295 billion.

When it comes to the biggest internet companies globally, Amazon has the largest market capitalization of $1,662 billion, followed by Alphabet ($1,392 billion) and Facebook ($759 billion).

PayPal is currently listed above Netflix, which has a market capitalization of $239 billion.

Here are a few unique and fun facts and stats about PayPal.

26. In 2013, PayPal accidentally credited one man’s account with more than $92 quadrillion.

However, PayPal quickly corrected their mistake, offering the account’s owner to donate an unspecified amount of money to a cause of their choice.

27. PayPal will allow its US users to buy and sell cryptocurrencies.

PayPal million users and customers from the US will now be able to use cryptocurrencies as their form of payment. Through its “Checkout with Crypto” feature, users will be able to convert Bitcoin, Ethereum, and Litecoin to US dollars. The conversion will be free.

28. During their early years, PayPal gave new customers $10 for joining their platform.

One of the most entertaining facts about PayPal is how the company got so many users so rapidly after its launch.

The secret? Giving away money to earn money!

Not only did PayPal give $10 to each new user, but they also gave those users $10 more every time they referred someone.

In 2018, the company revealed it shared personal data as a part of its transparency drive.

PayPal facts show that there’s a scale upon which companies get their hands on this valuable data. More than 200 companies acquire detailed personal information, such as the user’s full name and gender, primarily for marketing and PR purposes.

You could use anything from the US Dollar, the British Pound Sterling, the Euro, and the Russian Ruble to the Czech Koruna, the Swiss Franc, and the Japanese Yen.

What’s more, as a truly international company, PayPal also has 44 offices across 23 countries.

31. Does PayPal report to the IRS? Yes, if the conditions are met.

In the case that there are sellers that receive over $20,000 in gross payments (or receive more than 200 distinct payments over the course of a single year), the company must, in fact, report these to the IRA.

Keep in mind that the reported amount also includes handling, shipping, sales taxes, and fees that come with the payments.

PayPal was founded by technology entrepreneurs Peter Thiel and Max Levchin in 1998, in Mountain View, California, under the name Confinity.

Interestingly, in 1999, PayPal was voted to be one of the top 10 worst business ideas.

Two years later, the company changed its name to PayPal after the founders decided to focus primarily on internet payments.

How does PayPal make a profit?

The company earns money by simply processing the customers’ transactions. PayPal charges its customers fees based on the sum of their transaction. It also makes money from other value-added services.

What are the risks of using PayPal?

The risks of using PayPal are more or less the same as with any other online payment system. First of all, you must avoid using public Wi-Fi connections, especially when it comes to money transactions. Secondly, be aware of the scams. Never send your money to an unknown account. Also, don’t use PayPal for large purchases such as cars, houses, etc.

And lastly, there are a few things you can do to protect yourself. Enable two-factor authentication, use credit cards instead of debit cards, keep your software updated, and deal only with verified buyers or sellers.

Which country uses PayPal the most?

When it comes to the other parts of the world, Europe has the highest number of PayPal users. The UK is the leader with 26 million users.

Is PayPal a profitable company?

PayPal is more than a profitable company. Why? First of all, 2020 was the record year for the company that, despite the pandemic, managed to reach $1.57 billion in net income (in the last quarter). This was three times more than 2019’s $507 million the company earned.

Secondly, PayPal’s GAAP earnings per share also witnessed an increase of $1.32, more than the initially estimated at $0.66 per share.

How many users does PayPal have in 2019?

The first time PayPal managed to surpass 100 million users was in 2006. On that note, the company’s 10th anniversary marked its record of 150 million users.

How many transactions does PayPal use per year?

Despite its rivals, all of the ups and downs during its long reign on the electronic payment market, PayPal statistics indicate that this financial giant is not going to slow down any time soon.

With remote and freelance workers, merchants, and professionals using PayPal’s services on a daily basis, the company will surely be there to support us for years to come. 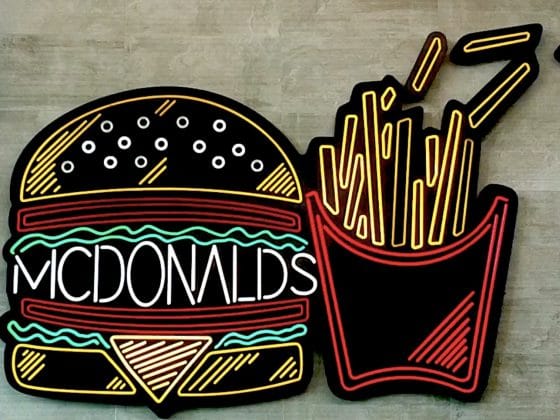 34 Key Customer Service Statistics You Should Know in 2022