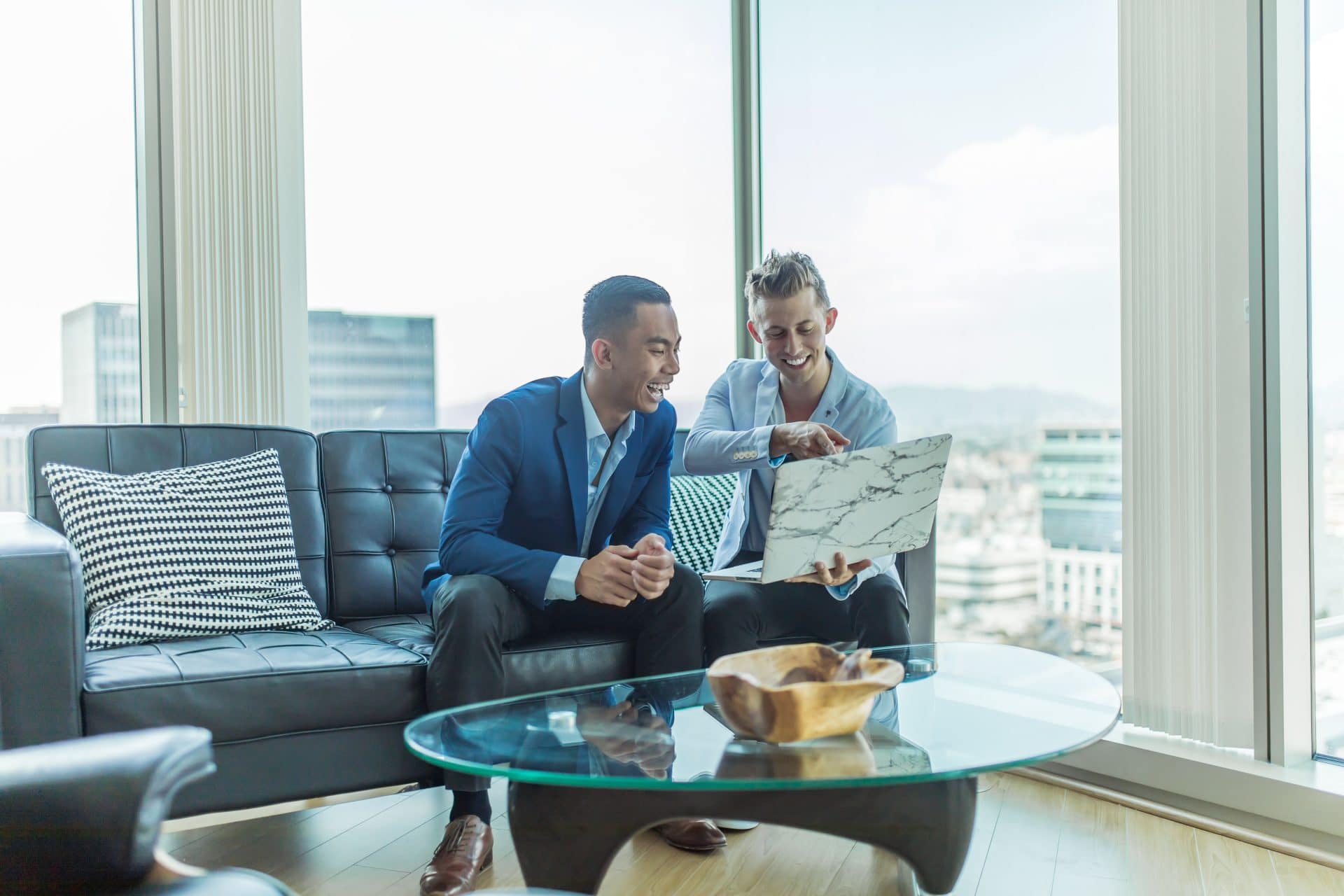 27 Millennial Spending Statistics Everyone Should Know in 2020

We hear a lot about millennials. They love technology. They consume avocado toast and smoothies. They want to go vegan and save the planet. But is this enough to describe an entire generation of people born between 1981 and 1996? And what about millennial spending statistics? What can they tell us about this age group?

These facts may not be sufficient to define an entire generation, but analyzing the way millennials spend their money is a step closer towards understanding this age group and realizing that they aren’t some alien species whose spending habits and routines are beyond comprehension.

What is a millennial? What sets millennial demographics apart from other generations? What and how they shop? Is it true that millennials have no money? Can they manage their finances?

The answers to these and a bunch of other questions await you in the article below.

What Are the Main Millennial Generation Characteristics?

How many millennials are there in the US? 82.22 million millennials currently live in the US, according to recent figures, making them the second-largest generation in the country.

2. Millennial spending power is lower than that of the previous generations.

(The Brookings Institution) (The Economist) (CNBC)

Median household wealth among millennials (estimated at around $71,400 in 2018) is lower than with households of a similar age in the past, but that doesn’t stop Gen Y from dreaming big.

Over 50% of millennials think that they will be a millionaire one day.

3. Millennials are getting married later in life, and a quarter is unlikely to ever get married.

Do millennials spend too much money? Schooled by the 2008 recession, millennials don’t want to be financially burdened. As a result, they’re more cautious when it comes to making big decisions in life, such as buying a home and starting a family.

4. Millennials are more diverse and more educated than previous generations.

44% of millennials were identified as a minority compared to just a quarter of adults of a similar age in 1985. On the education front, over 60% of adult millennials had attended college as opposed to 46% of boomers when they were the same age.

How Much Do Millennials Spend on Essentials?

5. According to 2019 monthly millennial spending habits, this generation spends an average of $187 and $139 on groceries and restaurants, respectively.

Seen annually, that’s $2,242 on groceries and $1,672 on dining out. Estimates point to Gen Y spending an average of $2,300 per year more than older generations on key items such as groceries, eating out, coffee, and phone bills.

6. Millennials in the US spend about $600 billion each year.

With this amount of purchasing power, it’s no wonder marketers put so much stock into what millennials want. Millennial spending power in 2020 is projected to reach an astounding $1.4 trillion, i.e., represent 30% of all retail sales.

7. The least amount of millennial money is spent on alcohol, pets, and car insurance.

This might not be the result of lower-income, as presumed in the past, but more likely because fewer millennials own cars and pets, or drink alcohol.

8. Those under the age of 35 don’t own as many homes — 33.7% compared to the national average of nearly 67%, millennial home buying statistics show.

Homeownership rates among Generation Y borrowers are lagging behind the 45% of Gen Xers and boomers who had a home at the same age. Is it just because they are strapped for cash?

Might be, seeing how 36% of millennials said they took on a second job to be able to afford a down payment on a home.

9. Even though they don’t own houses, they spend more on housing than other age groups, millennial spending statistics indicate.

Millennials allocate 22% of their annual budget on housing (Gen Xers spend 19%, and boomers allocate 17.6%), about half of which goes to utilities and housekeeping.

10. Millennials allocate around 35.7% of their monthly income on rent alone.

Despite paying an incredible $92,600 in rent by the time they turn 30, 69% of members of Generation Y said they plan to rent forever because they can’t afford other options.

Compared to Gen Xers ($4,786) less of their money goes to healthcare, but they do drive new trends in terms of medical procedures.

Freezing their eggs and splurging on plastic surgery is a thing among millennials.

In fact, the number of patients under the age of 30 looking for cosmetic surgery or injectables increased by a whopping 72%.

12. Millennials don’t mind spending more to keep up with trends.

79% of millennials said they would pay more to eat at a hot restaurant, 69% of them buy clothes they don’t actually need, and 60% of Gen Y spend more than $4 on coffee.

13. Millennials spend an average of $478 on nonessential purchases each month.

Consumer spending on nonessential items, such as luxury goods, entertainment, and vacations is higher for Generation Y than what boomers ($359) spend a month, millennial spending habits for 2019 indicate. But not Gen Xers ($587).

Taking an average of five trips in 2018 and traveling around 35 days a year makes millennials the most traveled of all age groups. Also, Gen Y says that if they had more money, they would spend it on traveling rather than saving.

15. They might rent more clothes than they buy, but millennials allocate more of their budget on apparel and personal care products.

So, how much do millennials spend on clothes? Around 5% of their total budget is spent on clothes and personal care products and services, with 31% of them looking for natural ingredients in skincare products.

16. Millennials spend about $200 less on alcohol and tobacco than Gen Xers.

Millennials are all about healthy living. 63% of them are trying to include plant-based food in their diets, and they paid 14% more on organic food and drinks in 2018 compared to the year before.

If this is not a testimony to millennial spending power in 2019, what is? What’s more, millennials made up 33% of health club members, the biggest share of all age groups (next in line were Gen Xers at 24% and boomers with 22%).

US adults between 24 and 39 years of age spend more on athletic apparel and footwear, too — while total spending on clothes dropped between 2008 and 2013, this generation spent an increasing amount on sports clothes and sneakers.

18. Millennials prefer to rent than to buy.

Generation Y are choosing other options over purchasing a car (53% of millennials spend money on taxis and Ubers), renting clothes instead of buying them, and streaming services instead of paying for cable TV.

All in the name of living the life they want without being burdened by ownership or spending more than they can afford.

19. 66% of Generation Y would turn to another brand if it offered at least a 30% discount, millennial spending habits in 2018 reveal.

It’s not surprising that a generation that lived through the 2008 recession would be frugal with money.

But, despite being on the lookout for the best prices, millennials also value social responsibility — 75% of this age group believes that it’s important for brands to give back to society and the community.

88% of Gen Y use paperless coupons, thus combining their love of discounts and technology.

How to use millennial buying power to boost sales? Online reviews and social media presence.

90% of millennials read online product reviews, while 68% report being heavily influenced in their purchases by social media posts, and 84% say user-generated content affects their purchase decisions.

23. Facebook is the most popular platform for the discovery of new retail products.

78% of respondents from Generation Y discovered a product of interest on Facebook. Pinterest and Instagram are tied in second place (59% of millennials found products to purchase on these platforms).

24. Nearly two-thirds of millennials say they are living from one paycheck to the next, but 34% said they had a written financial plan.

Talking about millennial money management, only 38% of this generation say they feel financially stable. In fact, from all the age groups surveyed, millennials feel the most insecure about their personal finances.

This is up from the 8% who had this amount in savings just four years ago, data on millennials and money shows.

26. Millennials start saving for retirement earlier than other age groups.

Not only did millennials start saving at an earlier age — 23 as opposed to boomers who began saving for retirement when they were 33 — they are also less likely to dip into their savings. 70% of this generation follows a savings plan, and as many as 78% say they stick to their spending budget.

27. Millennials have an average of $27,900 in personal debt, not including mortgages, 2019 millennial spending statistics indicate.

They might have debt, but they are more optimistic about repaying it. Of the 40% of this generation who think they will be debt-free in five years, one in ten believes they will write off their debt in less than a year.

Moreover , only 7% of millennials believe that they will die in debt.

How much money do millennials spend?

How much money do millennials spend online?

Millennials grew up during the internet revolution, and they have fully embraced digital shopping. Therefore, it makes sense that they spend more online (an average of $75 per visit) than they do in stores ($57 per visit).

How much do millennials spend on clothing?

What percentage of consumers are millennials?

Millennials make up the largest group of consumers in the US. They account for a quarter of the US population, and with a projected spending power of $1.2 trillion in 2020 and a whopping $2.1 trillion in 15 years (compared to the $143 billion Gen Zers have now), they are a force to be reckoned with in the world of marketing and retail.

Millennials may not be the greatest generation in size or spending power, but they are certainly the most influential. And if we look at how millennial spending statistics affect the market, we’ll see why.

Millennials have been the driving force behind some of the biggest consumer trends in the past decade. Marketers listen to them, and retailers give them what they want.

Sure, Gen Z might one day be even bigger and more important, but for now, millennials rule the consumers’ market. 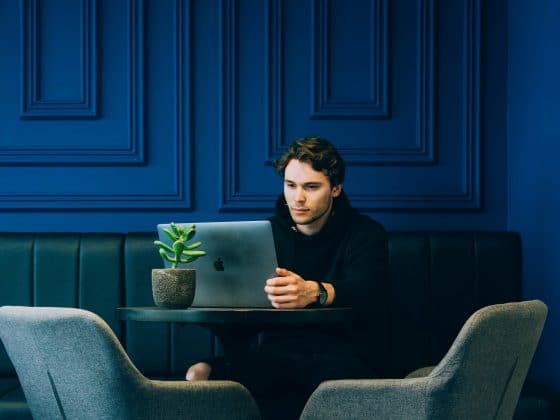