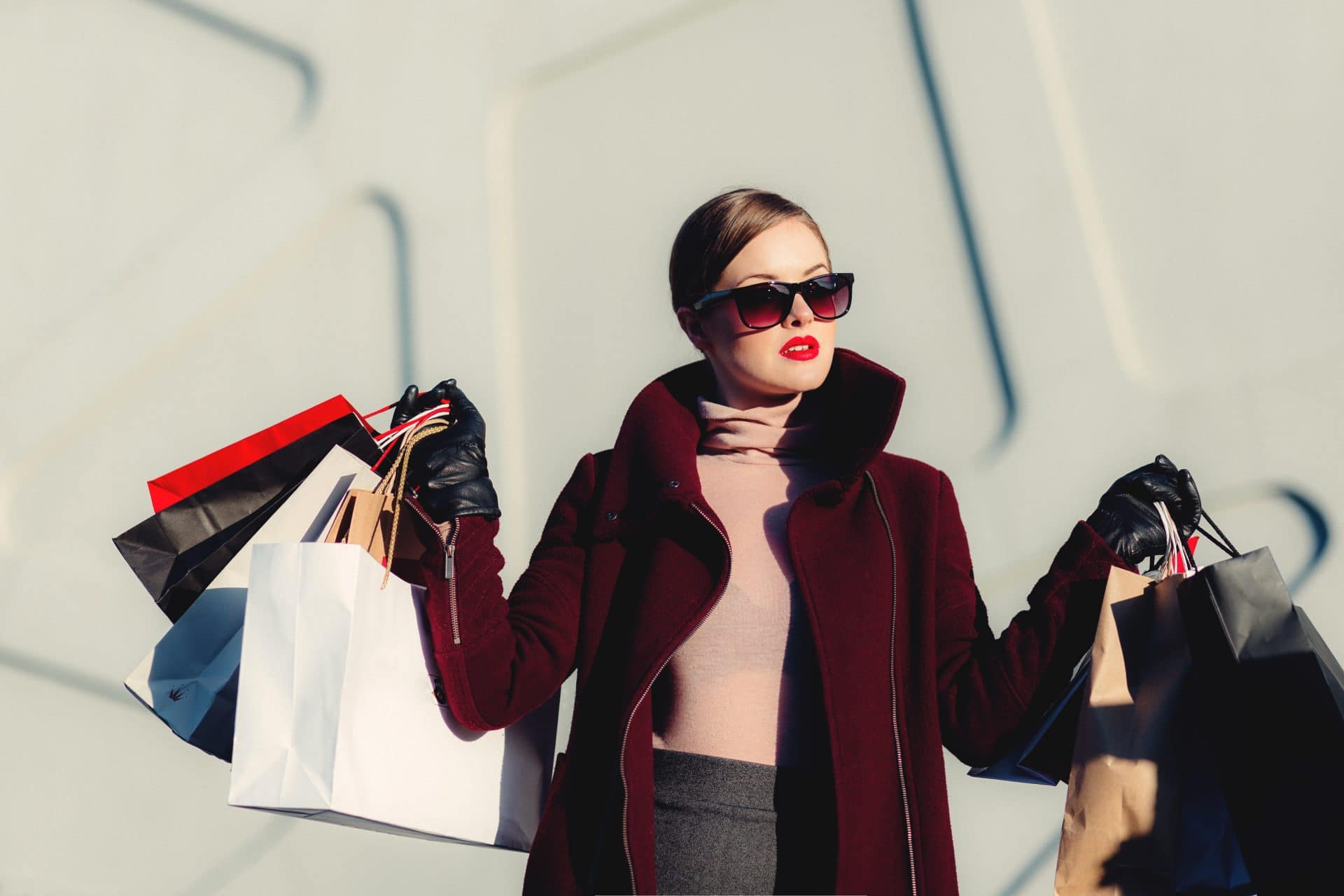 Keep reading to discover more about the driving force behind consumerism, how much people spend, and what they buy the most.

But first, let’s take a look at some of the most intriguing figures:

If these haven’t sparked your curiosity yet, then scroll down and read more about the US spending habits, the average American budget, and how consumer spending reflects the global consumer economy.

What can we learn about American’s spending habits?

1. Consumer spending accounts for the majority of gross domestic products (GDP) in the US.

Consumer spending is the most dominant component when it comes to calculating the gross domestic products (GDP) under the expenditure — namely, to calculate a country’s GDP, you need to use the expenditure method. That said, the consumer expenditure formula looks like this: GDP = C + I + G + (X − M).

Due to the reopening of businesses in the first quarter of 2021, the personal consumption expenditures amounted to $15 trillion. In other words, there was an increase of 10.7% compared to the stats from 2020.

In addition, the increase was also notable in spending on durable goods (23.6%), especially automobiles, and nondurable goods (14.4%), such as groceries. Hence a lot of Americans are exploring freelance opportunities.

The PCE growth could primarily be seen in spending for goods ($403 billion) and spending for services ($213.1 billion).

Consumer spending resembled a roller coaster in 2020, starting from month-to-month changes in personal income that constantly varied. For example, in December, personal income increased by 0.6% after decreasing by −1.3% in November and −0.6% in October.

In addition to that, the report shows that the consumer price index (CPI-U) has also risen by 1.8%. Likewise, the US economy also saw a 5.4% rise in the average pretax income.

6. Consumer spending makes up approximately 70% of the US economy.

On the other hand, consumer units that belong to the highest 20% of income spent significantly less — 29.9%.

Customer demographics also reveal that the lowest 20% spent merely 2.2% on personal insurance and pensions. In contrast, the latest statistics on consumer spending by income level show that the highest 20% spent a staggering 16.3% on the same category.

8. 6 in 10 Americans changed their shopping and spending habits permanently due to the pandemic.

9. 63% of Americans decided to cut back on spending amidst the coronavirus outbreak.

In fact, $4.2 trillion is the total consumer debt in America, according to Federal Reserve statistics.

10. As per consumer spending statistics from 2020, Americans increased their spending on groceries (20%) and household supplies (3%) as a direct response to COVID-19.

The most popular groceries were vegetarian and vegan products. For instance, oat milk witnessed a massive 300% increase in sales, followed by meat substitutes (200%).

The reason being, many US households had to cancel their vacations due to the pandemic which led to increased savings. In fact, many Americans used that money to pay off their debts.

How much money do American households spend on day-to-day habits, and what is their average budget?

Take a look below and find out!

Namely, the vast majority of this money is spent on gym memberships.

On that note, Americans throw away $1.13 billion each year on unused gym memberships. There are currently 73.6 million health club members in the US (as of 2019), according to the latest gym membership statistics.

13. The average American spends $1,497 each month on non-essentials.

What do consumers spend the most money on? Well, various subscription boxes, services, eating out, and cable for the most part. In fact, these things can cost the average American up to $18,000 per year.

What’s more, despite these non-essentials appearing cheap, they can cost a person more than a million dollars over the course of their lifetime.

So, what does the average American make if they can afford to spend so much on non-essentials? $87,864, according to recent figures.

What do consumers spend the most money on besides non-essentials? In short — food.

Yet, if you want to know just how much to budget for food, you should take into account that the average grocery bill varies from city to city.

For example, an in-depth analysis of 22 large metropolitan areas has revealed that citizens of Seattle pay the most for their groceries — $6,195 per year, per household, according to consumer spending trends from 2019.

What’s more, the average annual USA spending also includes $583 on alcoholic beverages, both in restaurants and at home.

15. US consumers spend an average of $2,564 annually on entertainment.

In 2020, there was an increase in average daily time spent on digital media by 21%. Moreover, in-home media services that provide entertainment witnessed the largest growth.

Consumer spending examples also show that there was a spike in online gaming and gambling site visits. To be precise, during 2020, Americans spent over $1.5 billion on digital entertainment transactions.

The average monthly electric bill is approximately $118, with Hawaii having the highest monthly average (over $168), which amounts to more than $2,016 per year.

Furthermore, recent consumer spending statistics show that the average US household pays $614 for water service and $410 for natural gas.

That’s approximately $134 per month. Based on the given data, American women are the biggest spenders; they spend about $2,000 per year on clothing.

Besides these fast fashion stats, Americans also spend an average of $51 per month, i.e., $608 per year, on personal products — from manicures and haircuts to cosmetics.

19. The average American consumer spends $91, on average, for cable every month.

Compared to the previous year, this is a 4.4% increase. Both domestic and international travelers spent more than $1.1 trillion in the US, as consumer discretionary spending statistics reveal.

Consequently, this spending supported over 9 million jobs, with $277 billion in incomes and $180 billion in tax revenues for local, state, and federal governments.

Based on these consumer spending statistics, Americans spend $1,768.56 per year on telecommunication costs alone.

22. Women are responsible for 70% to 80% of all consumer purchasing decisions.

Women make up only half of the US population, yet their buying decisions dominate the market. Research has discovered that 70% of travel consumers are, in fact, women.

Despite paying more than men for some products (due to outrageous pink taxes), 85% of women will stay loyal to the brand they like.

Surveys found that African-American consumers are 42% more likely than any other consumer group to respond to mobile ads. Furthermore, the research reveals that they also spend most of their money on grooming and beauty products.

For instance, as black consumer spending statistics show, they spend $573.6 million annually on soap and bath needs, which is 19% more than any other consumer group.

In addition, new car loan statistics reveal that there were 115.98 million car loans in the US alone.

What do the statistics tell us about other countries? Who spends the most, and how did COVID-19 reflect the global consumer economy?

25. Consumer spending witnessed a decline of $3.3 trillion due to the pandemic.

Asia (except for China) and Europe saw the most significant declines in customer spending of −$1.1 trillion, i.e., −$1 trillion, followed by North and South America (−$0.8 trillion and −$0.3 trillion, respectively) and Africa (−$0.1 trillion).

26. Based on the consumer expenditure survey microdata, most countries planned to reduce their holiday spending in 2020.

On the other hand, China was the only country where people planned to spend more money during the holidays (25% vs. 29%).

According to consumer spending in the UK statistics, in 2019, the total consumer expenditure on food, catering, and drink grew by 2.5%. Spending on food increased by 2.1%, whereas spending on alcoholic beverages and catering rose by 3.1%.

This shouldn’t come as a surprise seeing how recent China economic growth statistics indicate that the Asian country is the only country to reverse the economic effects of COVID-19.

30. Spain had a 70% decrease in clothing and footwear spending due to COVID-19, a consumer expenditure survey from 2020 suggests.

When it comes to non-food categories, Spanish households reported a decrease in spending on clothing and footwear (70%), restaurant food pickup/delivery (62%), sports equipment and outdoor (61%), and office equipment (49%).

Moreover, Spanish households spent the most money on house improvements in the same year. The average expenditure amounted to more than €3,000 ($3,636).

This is a 6.0% nominal increase, and a 6.2% real increase, compared to the same period last year.

What percent of the economy is consumer spending?

Despite the pandemic, consumer spending bounced back in March 2021 in the US due to the government stimulus checks. The middle and low-income households received $1,400, which improved their personal income by 21.1%.

Likewise, consumer spending grew by 4.2%, while retail sales increased by 9.8%.

By loosening up COVID-19 restrictions, the restaurant industry saw a 13.4% growth. The increase was also noted in spending on sporting goods (23.5%), clothing and accessories (18.3%), and motor vehicle parts and dealers (15.1%).

How much did consumers spend in 2019?

Transportation spending had the largest percentage of growth — 10.1%. Cash contributions took second place with a growth of 5.7%, followed by healthcare expenditures (4.5%), spending on food (3.1%), and housing expenditures (2.9%).

At the same time, entertainment (−4.2%) and personal insurance and pensions (−1.8%) witnessed the biggest decline.

What are consumers spending their money on?

8% of their annual budget goes on debt payments or savings, 6% is spent on healthcare, 4% on entertainment, 3% on cash contributions and apparel and services, and 2% goes for education.

How much do consumers spend each year?

These stats and facts on consumerism reveal just how important consumer spending is for the economy of a country. It can hold the economy back if the consumers’ trust is violated, or it can push it forward.

As household incomes are rising, so are impulse and luxury purchases. These spendings may help the economy, but the personal savings or credit score could suffer.

We hope that these consumer spending statistics and figures will help you in making the right decision for your future. 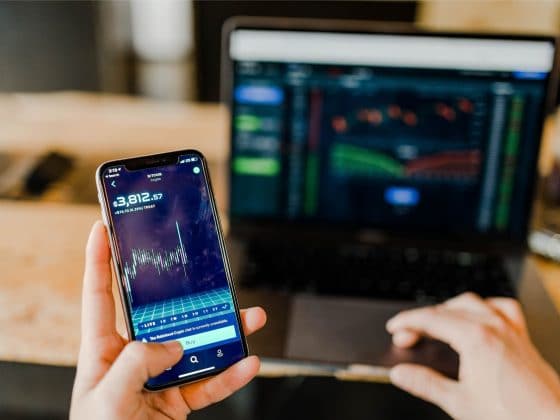 What Is Slippage in Crypto: Definition, Formula & Examples 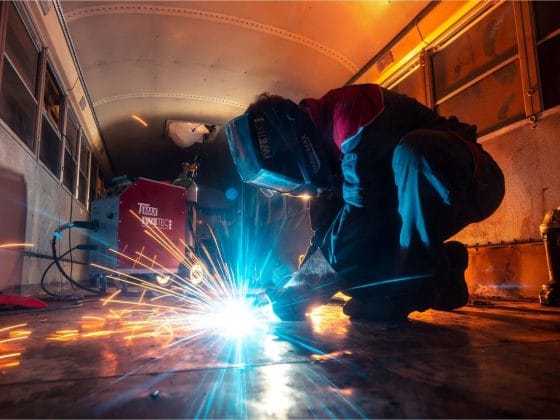 How Much Do Welders Make and Which State Pays the Most