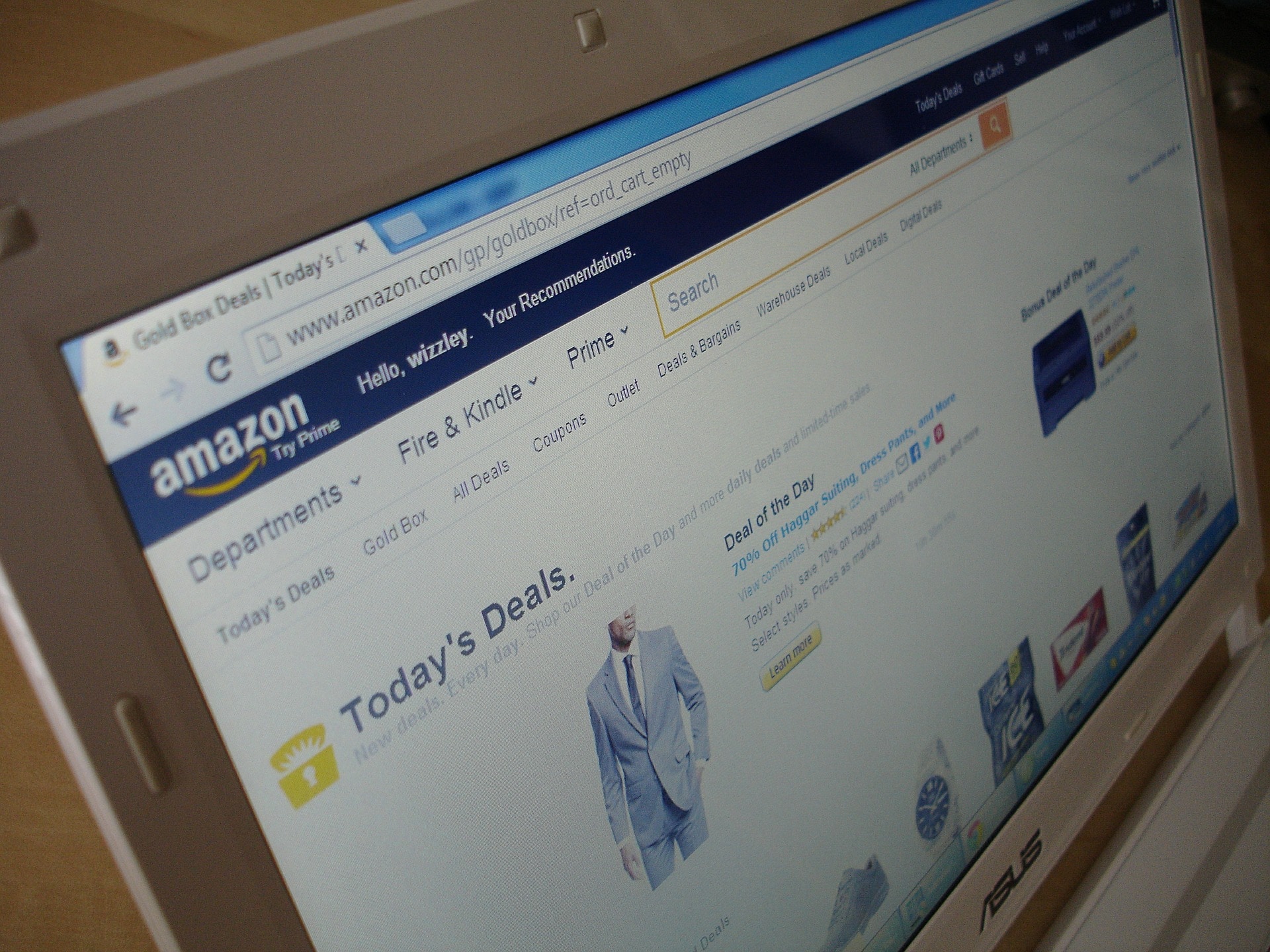 Amazon statistics show that this behemoth of a retailer generates billions of dollars in revenue each year while also allowing third-party merchants to sell their products online. As such, it’s no wonder that stats and facts show huge sales figures and nearly unfathomable user numbers.

With a global presence, this company has truly risen from the depths. Starting in 1995 as an online book-selling platform and becoming a digital and offline empire.

Take a look at its head-spinning revenue, number of employees, most popular products on Amazon, and the CEO’s net worth.

Why do digital shoppers prefer Amazon over other brands?

Amazon has become synonymous with online shopping in the US. In 2021, the platform ranked as the second-best shopping app, right after Walmart, which had 120 million users.

According to one survey from 2019, 89% of the buyers interviewed stated Amazon is their choice over any other e-commerce platform. Also, 98% of daily customers said they trust and prefer Amazon, while 99% of those who use it weekly said the same.

Nearly one-fourth of online buyers visit Amazon for inspiration when they wish to purchase something but don’t have anything specific in mind. This might not be a genuinely fascinating statistic. Still, it could significantly improve the way brands and retailers strategize their marketing efforts.

Among the most surprising facts might be the data suggesting that in a world of ever-increasing mobile usage, Amazon’s customers still prefer to access the website via their desktops and laptops (64.9%).

On the other hand, browsing the site for goods with Amazon’s voice search (Amazon Echo) has the lowest usage rate.

5. In June 2021, Amazon had around 2.7 billion desktop and mobile visitors worldwide.

In January, the company had the highest number of visitors so far — 2.8 billion. However, the number of mobile and desktop visitors decreased, reaching 2.3 billion in February and 2.6 billion in March.

6. How many people use Amazon? There are currently 157.4 million Amazon Prime users in the US.

The number of Amazon subscribers will most likely reach 161.7 million by 2023.

7. 49.2% of shoppers prefer Amazon because of the competitive pricing, Amazon statistics indicate.

According to the latest stats, the main driving force behind purchasing on Amazon for buyers was:

The number of Amazon active users in 2020 well surpassed the millions mark. Fire TV and other streaming services are becoming more popular among US households, slowly joining the best cable TV alternatives.

On top of that, Amazon has just sold over 150 million Fire TV devices worldwide.

Amazon is making more money from advertising than Microsoft, Pinterest, and Snap (which generated $4.2 billion in total revenue). Moreover, the company’s advertising revenue can even be compared to how much the global newspaper industry has earned in revenue.

Is Jeff Bezos currently richer than Elon Musk, and what’s Amazon’s net worth?

When looking at the historical net worth chart for Amazon over the years, it’s clear that the company is rapidly growing. As of March, 2022, the net worth of the company is over $1 trillion.

The biggest part of the revenue was generated via e-retail sales, third-party seller revenues, subscription services, and AWS activities. That said, the revenue was up by 38% while the company’s net profit grew by 84% compared to the previous year.

The company’s revenue reached $108.52 billion in Q1 2021. Only three more US companies had a quarterly revenue above $100 billion — Apple, Exxon Mobil, and Walmart.

15. Jeff Bezos, the founder and CEO of Amazon, might become the world’s first trillionaire.

Since launching his company, Jeff Bezos has come a long way and has become one of the most influential businessmen in history.  Bezos might become the world’s first trillionaire by 2026.

Next in line would be Facebook founder Mark Zuckerberg who is predicted to hit the $1 trillion mark by age 51.

16. According to current Amazon statistics, Jeff Bezos has a net worth of $177.5 billion.

As of 2022, the estimated net worth of Jeff Bezos is $177.5 billion, placing him in the second place on the list of the wealthiest people in the world.

In first place is Elon Musk, with a net worth of $249.8 billion, followed by Bernard Arnault with a respectable net worth of $169.3 billion, Bill Gates ($133.5 billion), and Warren Buffett ($126 billion). Admittedly, these figures change by the day.

Why is Bezos stepping down from Amazon? In February 2021, Amazon announced that Jeff Bezos would switch his CEO position to become an executive chair because he wants to spend more time on other ventures (such as new products, Blue Origin space company, philanthropic endeavors, etc.).

According to Amazon market share worldwide statistics, North America has the highest percentage of the company’s online retail sales (37.9%) in the world. Europe ranks second, but with a mere 9.8%.

19. Amazon and Walmart managed to produce almost $1 trillion in revenue in the fiscal year 2020.

The two retail behemoths had outdone themselves regarding revenue generation in 2020. However, they’ve managed to attract different types of investors.

Amazon was more appealing to investors seeking business growth. At the same time, Walmart was more popular among those looking for ways to boost their income.

In the Amazon vs Walmart revenue battle, Walmart has a slight advantage with $559 billion in revenue, compared to Amazon’s $386 billion.

How many sellers does Amazon currently have, which products are most popular among buyers, and how many packages are shipped per day?

22. There are approximately 1.9 million active sellers on Amazon.

While there are currently 1.9 million active sellers on the platform, there are 9.7 million sellers overall.

Amazon ships over 66,000 orders per hour, i.e., 18.5 orders per second. With millions of unique visitors, plus Amazon Prime members, Amazon sales per day reached about $385 million in 2019 alone (and let’s not forget the third-party sellers).

24. In 2021, the most searched branded product on Amazon was the PlayStation 5.

By looking at the Amazon search statistics, it’s clear that people from the US are into gaming and tech.

According to the platform’s own statistics from 2019, small and medium-sized businesses sell over 4,000 items each minute in the US alone.

It’s also estimated that this way, Amazon helped SMBs create an estimated 1.6 million jobs across the globe in 2018. Stats like these reflect the colossal success contributing to the tremendous growth rate.

26. Amazon product sales statistics show clothing, shoes, and jewelry are among the most popular goods on Amazon.

Clothing, shoes and jewelry are the most popular products on the web app when sorted by category, with 60% of Amazon shoppers searching for them and purchasing them regularly.

Other popular products include beauty and personal care items at 49%, home and kitchen (40%), electronics (37%), and grocery and gourmet food (37%).

When looking at these revenues, there are no concrete stats. However, market professionals have researched the volume of feedback these companies have received. While feedback isn’t the best metric to track revenue, it’s a good sales indicator.

In this aspect, the most dominant player on the global market is the German retailer mentioned above, with 6,601,729 reviews, of which 96% are positive. The second place goes to the Indian-based Appario Retail Private Ltd. Third place is currently reserved for musicMagpie from the UK.

28. According to recent Amazon sales statistics, the company is taking over the home improvement industry as well.

It’s old news that online marketplaces have conjured up massive shifts in customer behavior and expectations. However, these changes might be even more prevalent than previously thought.

Is Amazon a Good Company to Work For?

What’s the average pay for employees, and how diverse is the company’s workplace?

The gender ratio among seniors goes hand in hand with the pink tax statistics. Only 22.8% are women, despite the fact this is actually a slight increase from the year 2019.

After replacing the Amazon founder, Jeff Bezos, the company’s new CEO, Andy Jassy, started considering compensation changes. On that note, Amazon announced that it would increase base pay and the compensation range for employees.

In addition, managers will review compensation when an employee is promoted, and issue stock awards in the middle of the year if necessary.

This change replaces the previous system where stock awards were given out at the next annual compensation cycle.

Delivery drivers at Amazon work about 10 hours, making approximately 250 deliveries per day. During the holiday seasons, they are expected to work even more.

In addition to that, Amazon started installing video cameras in their delivery vans. The cameras record what is happening inside the van and also on the road.

How many customers does Amazon have?

How many purchases are made on Amazon daily?

On a daily basis, Amazon ships more than 66,000 orders per hour in the US. About 1.6 million packages are shipped on a daily basis.

How many sales does Amazon make every second? 18.5 packages leave the company’s warehouse per second.

To achieve all that, the company has 70 aircrafts at its disposal (Boeing 737 and Boeing 767).

What’s more, in 2020, Amazon got approval from the Federal Aviation Administration to start a drone delivery called Prime Air.

The company plans to make a drone delivery only with packages that are under 5 pounds and only in areas with low population density.

How many products does Amazon sell per day in India?

Amazon sells about 150,000 products per day in India. JioMart and BigBasket (Indian online grocery delivery services) are ahead of Amazon when it comes to deliveries. JioMart makes 250,000, while BigBasket does 220,000 orders per day.

What percentage of Amazon customers have Prime?

In comparison, in 2019, 65% of Amazon shoppers from the US were Prime members, while in 2020, the number of American households with an Amazon Prime subscription reached 68.7 million.

How many products are on Amazon in 2021?

What sells most on Amazon?

The top 5 categories on Amazon are:

Final Take on the Amazon Statistics

As you can see, Amazon is by far one of the most successful online marketplaces in history, with massive revenue and satisfied sellers and buyers alike.

These Amazon statistics attest to these claims and also foreshadow even more success for the globally recognized company that redefined the way most of us think about online shopping and shipping. 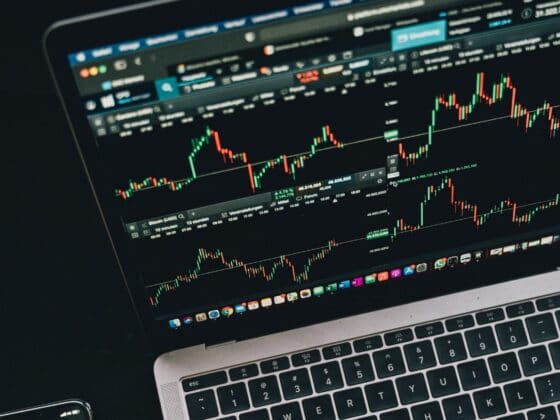