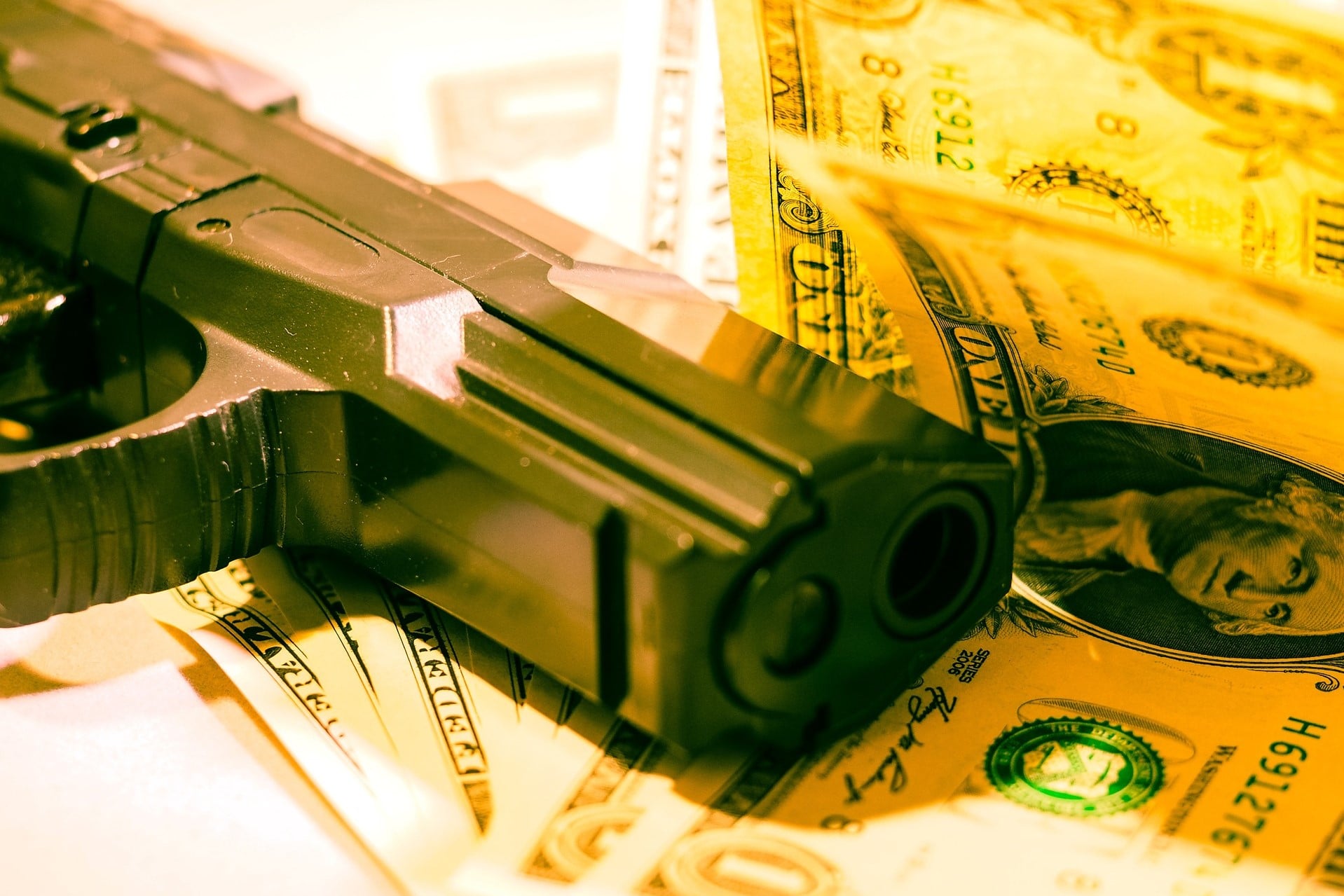 Bank heists do not solely happen in Money Heist (La Casa de Papel). In fact, these crimes occur on a daily basis, as you will see from the following bank robbery statistics. Albeit, with the advent of modern technology, they are far less rewarding than people might think.

In this article, we will provide deep insight into bank robberies and how they happen. We will also deliver some interesting facts on the topic of robberies, as well as see some fascinating stories on some of the most notorious bank robberies to date.

Just sit back, relax, and enjoy the ride.

1. In the UK, it has been reported that around 20% of people planning to heist a bank are, in fact, caught.

Bank robberies are extremely high-risk situations and the reward may not be as high as the movies would have us believe.

When to rob a bank? Well, according to the Federal Bureau of Investigation there were a total of 628 bank robberies in the US that happened on a Friday in 2018, making it the most popular day of the week. Moreover, the most common time of day for a bank robbery to occur is between 3 and 6 PM.

3. National bank robbery statistics state that a bank’s branch office is the most common target of bank robbers.

In 2018, 2,826 bank robberies happened at branch offices. The second-highest amount of robberies (93) took place at the main office.

4. $69.8 million is the most money ever stolen in a classic bank robbery.

The biggest bank robbery happened in the Banco Central in Brazil robbed on August 7, 2005. Around 6 to 10 criminals pretended to be landscapers at a building near the bank, built a tunnel, and broke into the vault to steal the cash.

5. Bank robbery statistics from 2018 show that there were a total of four deaths accredited to local bank robberies.

All four deaths were, in fact, perpetrator deaths; luckily, no bystanders or employees were killed during the robberies.

7. According to FBI bank robbery statistics, there were 2,707 robberies of commercial banks in the US in 2018 alone.

8. There were a total of 34 injuries sustained during bank robberies in 2018.

9. Bank robbers John Mogan and Ashley Duboe were caught shortly after posting a selfie online where they posed with the cash they’d stolen.

It seems you don’t need to pass an IQ test to rob a bank. Upon posting said pictures on Facebook, these two were quickly identified by the police and were promptly arrested for the bank robbery that occurred in 2015.

If you look at the bank robbery success rate in the US, it becomes clear that this crime is not the easiest to get away with.

11. In 2012, Hannah Sabata was arrested for committing a bank robbery after she posted a video about her crime on YouTube.

In the video, the cash and the keys to the Pontiac Grand Am she’d stolen were clearly visible. She’d robbed the Cornerstone Bank in Waco, Texas, with a note saying that she had a loaded gun, ordering the employee not to ring any alarms, use any phones, or ink bags, and also saying that they had two minutes to hand over the cash.

12. A successful bank robbery may not be worth the money as the average US bank robbery in 2017 resulted in a measly $3,483 loss.

On the other hand, the average property loss was around $1,373. This just goes to show that bank robberies are not as lucrative as people would believe (well played, Hollywood).

Robbing a bank seems less and less appealing by the minute. At the end of the day, it’s simply not a rewarding crime, contrary to what a Hollywood bank robbery would suggest.

14. The “trench coat robbers,” Ray Lewis Bowman and William Arthur Kirkpatrick, were accused of robbing 28 banks between 1982 and 1997.

The criminal duo wore numerous disguises and trench coats during their robberies. The pair were considered one of the most successful bank robbers of their time.

However, mistakes were made in 1997 and they were both identified as a result; the two were arrested shortly after.

15. According to the movie review website, Rotten Tomatoes, Baby Driver is the highest-rated movie of all the bank robbery movies on the site.

The 2017 movie, directed by Edgar Wright and starring Ansel Elgort, received a whopping score of 93% on the popular film review site.

16. The wealthy heiress, Patty Hearst, was abducted in 1974 only to become a violent bank robber shortly after.

According to a bank robbery article on Hearst, she was kidnapped by the Symbionese Liberation Army (SLA) and pledged her allegiance to the group shortly afterward.

After getting arrested, she only spent 22 months in prison. Upon being freed, she claimed that she had been a victim of Stockholm syndrome.

17. The most notorious bank heist in the US happened in California in 1972 and was led by Amill Dinsilo.

Dinsilo used his nephews, his brother-in-law, and two experts on alarms to rob the United California Bank in Laguna Niguel.

They made off with around $30 million (a substantial amount in today’s money) and they would have made it if the crime hadn’t been connected with an earlier robbery in Ohio.

18. One of the most famous unsolved bank robberies was the hacking of the SWIFT system in 2016.

The hackers managed to send forged requests for money to the Federal Reserve Bank in New York via SWIFT, an electronic transfer payment system.

They got away with $81 million and it would have been even more if they had not misspelled the word “foundation,” which caused their request to be flagged. Electronic transfer systems of all kinds are a favorite among cybercriminals.

19. One of the biggest bank robberies on the planet was led by the former Iraqi president — Saddam Hussein.

The biggest bank robbery in history took place a day before the Iraq war broke out in 2003, when Saddam Hussein sent huge trucks and his own son to the Central Bank in Iraq. Employees of the bank were instructed to hand over almost $1 billion in cash so that Hussein could keep it “safe” from his enemies.

The majority of the money was later found during raids, and a substantial amount of it was then stolen by US soldiers. 35 of them were caught red-handed.

20. Surprisingly, the biggest bank robbery in South Africa took place without any threat of violence.

Five bankers stole a total of 1.5 billion South African Rands from the VBS Mutual Bank by siphoning money off its accounts. This works out to around $80,709,555, making it one of the most recent bank robberies with such a massive amount of cash being stolen.

21. Arrested at the ripe old age of 92, J.L. Hunter Rountree is the oldest bank robber in the US.

Rountree was sentenced to 12 years in prison back in 2004 for stealing $1,999 from a bank in Texas. The man claimed that he began robbing banks at the age of 80 as he was blaming the banking industry for his financial problems.

How many banks are robbed each year?

In addition, there were also 10 robberies targeting armored carrier companies, as well as 15 facilities categorized as “unknown.”

How common is a bank robbery?

Despite what the movies say about bank heists, bank robberies are not all that common. In fact, merely 2 out of every 100 robberies concerns a bank. Meaning, bank heists make up around 2% of all robberies.

Likewise, only 2% of these crimes result in injuries (serious or otherwise).

What state has the most bank robberies?

California is the state with the highest number of bank robberies.

Texas had the second-highest number of bank robberies with 464; Ohio came third with 263, and Florida took fourth place with a total of 243 bank robberies committed in 2010.

Who has robbed the most banks?

Carl Gugasian, otherwise known as the Friday Night Bank Robber, is one of the most notorious bank robbers of all time. He robbed more than 50 East Coast banks during the 30-year period in which he operated; Gugasian committed his first robbery at the tender age of 15.

In addition, he was known for wearing a Freddy Krueger mask and was meticulous about everything from the baggy clothes he wore to the way he robbed banks.

Bank robberies may seem glamorous when you see them on the big screen, but what the above-mentioned bank robbery statistics and facts show is that this crime isn’t always as rewarding.

Many bank robberies end up with the perpetrators getting caught and the money recovered, so their personal finances don’t get improved one bit. So, don’t quit your day job just yet, and leave all the bank-robbing for the silver screen. 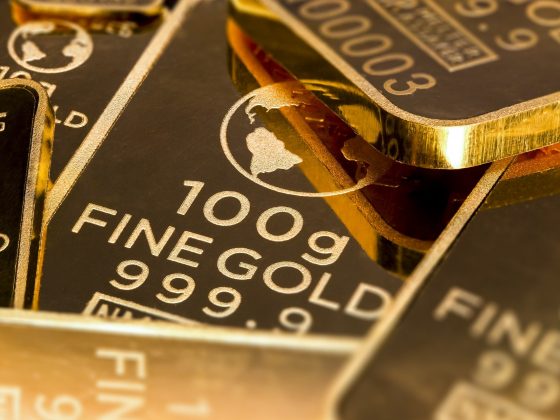 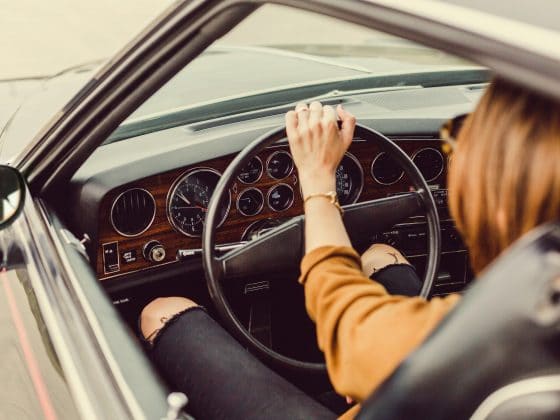 20+ Key Car Loan Statistics and Facts to Cruise Through 2020