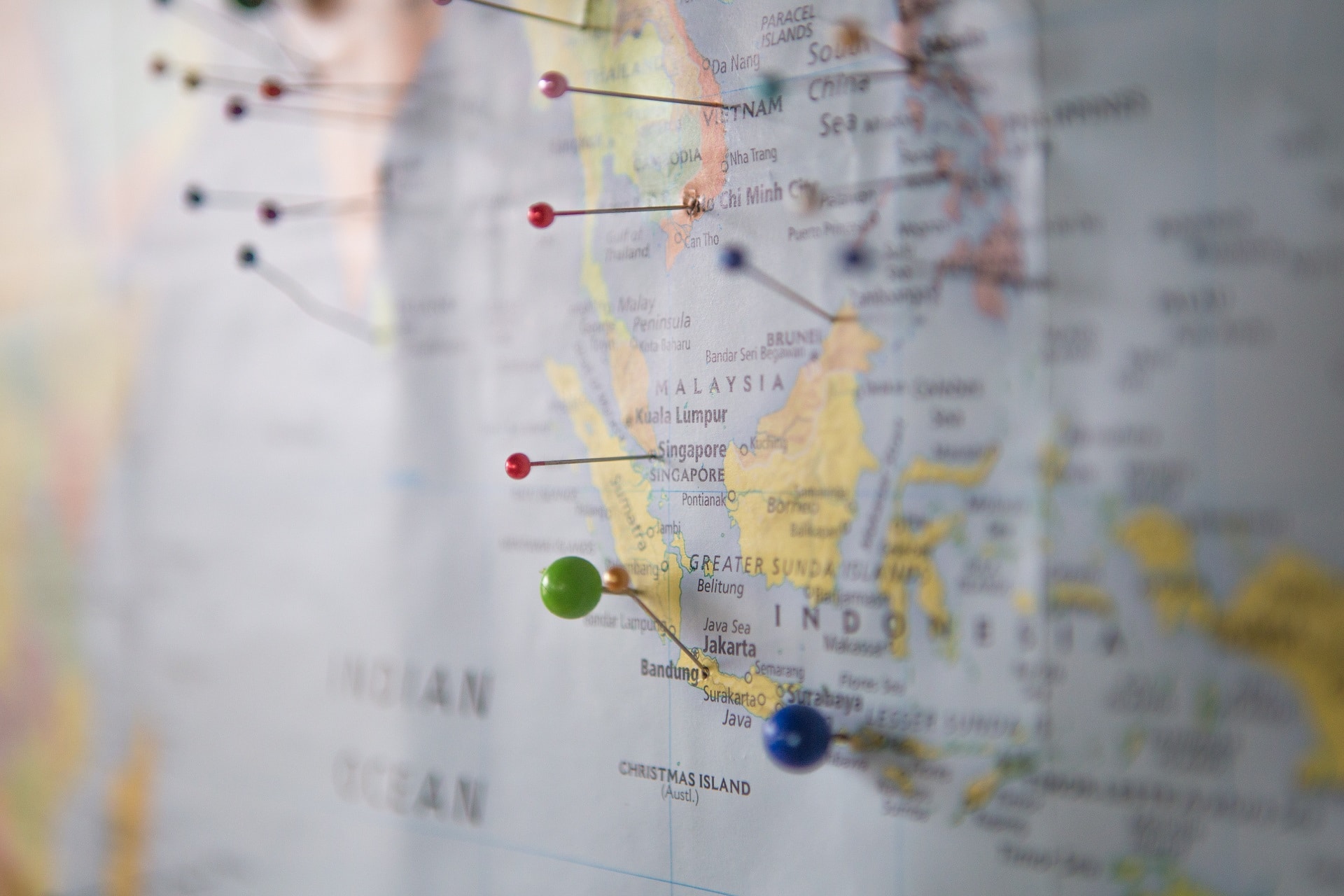 An increasing number of organizations around the globe are looking to outsource some of their essential and non-essential business functions to third-party businesses to streamline workflow and save on costs, as our latest outsourcing statistics will reveal. So much so that today outsourcing has become a way of life for many a budding startup and large firm. In this article, you will find out all there is to outsourcing, including the many benefits of outsourcing, the top countries in terms of outsourced jobs, the market value of this growing industry, and much more.

Right, but first, be sure to check this list of most intriguing facts on outsourcing:

Top 10 US Outsourcing Statistics and Facts

1. An increasing number of companies are opting for “disruptive solutions” — namely, cloud and RPA.

A staggering 93% of companies are considering implementing various cloud solutions, whereas 72% are thinking about adopting robotic process automation (RPA for short). However, this does not spell the end of outsourcing, but merely that new, emerging trends are taking over traditional outsourcing.

When it comes to the United States, outsourcing statistics indicate that a large number of jobs are being sent overseas, leaving hard-working Americans without employment.

3. More than 80% of logistics leaders said it’s no longer a matter of whether or not to outsource, but how much.

According to Gartner, 85% of the world’s logistics leaders are expecting an increase in their outsourcing budgets for the year 2020 (and beyond). In addition, they stated that outsourcing was not just “mainstream” but rather a necessity on today’s market.

4. The top reason for outsourcing (59%) is to save money and cut costs.

The said companies employed people in various sectors, spanning from technology and call centers to human resources and manufacturing.

6. When it comes to the number of jobs lost to outsourcing, statistics reveal a daunting figure — 5.9 million.

Reports indicate that offshoring to India is mostly used for financial and accounting services, as well as customer support.

8. U.S. outsourcing statistics from 2017 show that a whopping 84.2% of outsourcing deals came from the States.

The UK follows suit with merely 5.2% of said deals. Honorary mentions include Spain and Australia, effectively rounding up the top four in terms of outsourcing jobs created for the rest of the world.

9. A recent survey revealed that as much as 78% of businesses cultivated a good relationship with their outsourcing partners.

US outsourcing statistics from 2019 suggest that maintaining good relationships with outsourcing partners is key to success (for both businesses involved). Conversely, if the two companies are incompatible, it can negatively influence the work being done.

10. Merely 30% of US IT companies that have tried outsourcing claimed that it helped them cut costs.

Another 55% claim that they were partially successful in cutting costs, whereas 15% claim it had little to no impact on overhead costs, recent outsourcing statistics indicate.

11. In 58% of cases, innovation was used to increase the quality of outsourcing.

12. Following the economic crisis of 2008, 86% of the people surveyed said that outsourcing had a negative impact on the economy.

It seems that the general population in the US doesn’t look so favorably to outsourcing services as businesses do, stats on outsourcing reveal.

The gig economy is made up of freelancers and people who take short-term contracts in exchange for payment, which also includes freelancers operating in the outsourcing sector.

Freelance statistics show they are very satisfied with the income.

This is significantly higher than the number from 2016, which was just $76.9 billion, and if we look at the current trends, the number will most likely rise in 2020 as well.

Another $26 billion in global revenue was generated by BPO (business process outsourcing) the same year, according to outsourcing statistics from 2019.

16. 23% of companies state that cybersecurity issues are the main reason they opt not to outsource their services.

According to Deloitte’s 2016 outsourcing survey, merely 39% of companies have security protocols in place, whereas another 8% expect their outsourcing partner to do all the heavy lifting.

17. 3 out 4 companies are not even aware of the scope of data they share with their outsourcing partners.

Cybersecurity is a general cause for concern, more so seeing how such a low number of companies have proper security measures in place.

18. Larger companies are 66% more likely to outsource than small businesses (merely 29% of them outsource).

Exactly why this is so isn’t clear. Yet, it could be that smaller companies (fewer than 50 employees) don’t have the financial means to invest in outsourcing services, unlike bigger companies that have more financial resources at their disposal.

19. Around 37% of small businesses use outsourcing to handle at least one of their business processes, the latest offshoring statistics indicate.

This could be anything from IT and HR operations to customer service and data protection.

For instance, accounting makes up 37% of all outsourced jobs, whereas digital and online marketing make up another 34%.

20. 24% of small businesses outsource to increase the efficiency of their business.

Another 18% do so to get expert assistance; 16% do it to be more flexible; lastly, according to outsourcing statistics, 15% do it to cut and streamline workflow.

Generally, by outsourcing, you hit two birds with one stone as outsourcing eliminates the need for hiring employees and buying employee healthcare whilst still providing a solid boost to the above-mentioned three.

22. 60% of the work being outsourced is related to the IT industry.

Having an in-house IT department means spending more money on recruitment costs, training, expensive software, equipment, and the like. Hence, it’s no wonder so many companies outsource these elsewhere.

The most commonly outsourced IT functions include customer service, database administration, mobile application development, data center operations, and disaster recovery, to name but a few.

23. Another 47% of companies outsource HR-related services and operations, according to HR outsourcing statistics.

Again, as with the above-mentioned stat, 32% plan on increasing the overall volume that they outsource.

24. When it comes to legal services, 63% of US companies outsource this department.

Legal services most often have nothing to do with core business processes — hence why so many companies outsource these services to qualified experts.

25. Real estate and financial management were also popular targets of outsourcing — 60% of companies outsource them.

Same as with the above, not many companies deal with these on a daily basis, nor are they experts in the field, making outsourcing the most obvious choice.

How common is outsourcing?

Outsourcing is incredibly common, especially in the US.

Currently, in the US, 68% of companies with a focus on consumer products outsource at least some of their business processes, such as manufacturing and customer support (call centers).

What percentage of American jobs are outsourced?

While there is no definitive answer — keeping track of outsourcing contracts at any moment is incredibly difficult — what we do know, however, is that each year around 300,000 jobs are being sent overseas.

In other words, that’s a huge chunk of US jobs being handed over to other countries.

Which countries outsource the most?

As previously mentioned, the US and the UK are the top two countries when it comes to outsourcing deals, at 84.2% and 5.2%, respectively.

In terms of the top countries where work is being outsourced to, we have China (especially when it comes to manufacturing), the Philippines, Taiwan, Ukraine, and lastly, Vietnam.

How big is the outsourcing industry?

Yet, it’s worth mentioning that the market statistics show it was fluctuating quite frequently over the past five years.

By now you should have a much better understanding of why companies outsource.

Whether they be budding startups or large corporations, according to our outsourcing statistics, the target goals are the same — cutting costs, working on core business functions, getting expert help, and so on.

Hopefully, our brief dive into the history of outsourcing in the past five years, as well as our general overview of global outsourcing companies, satiated your curiosity and gave you more insight into how the outsourcing market works. 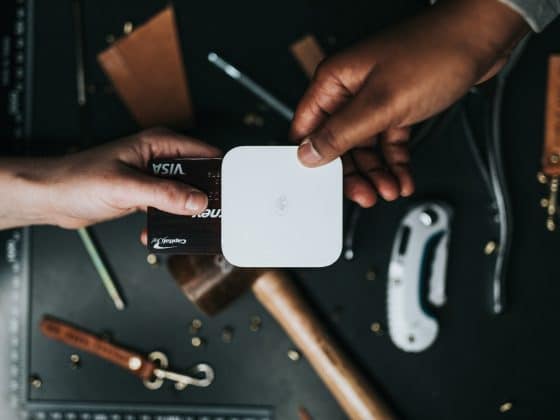