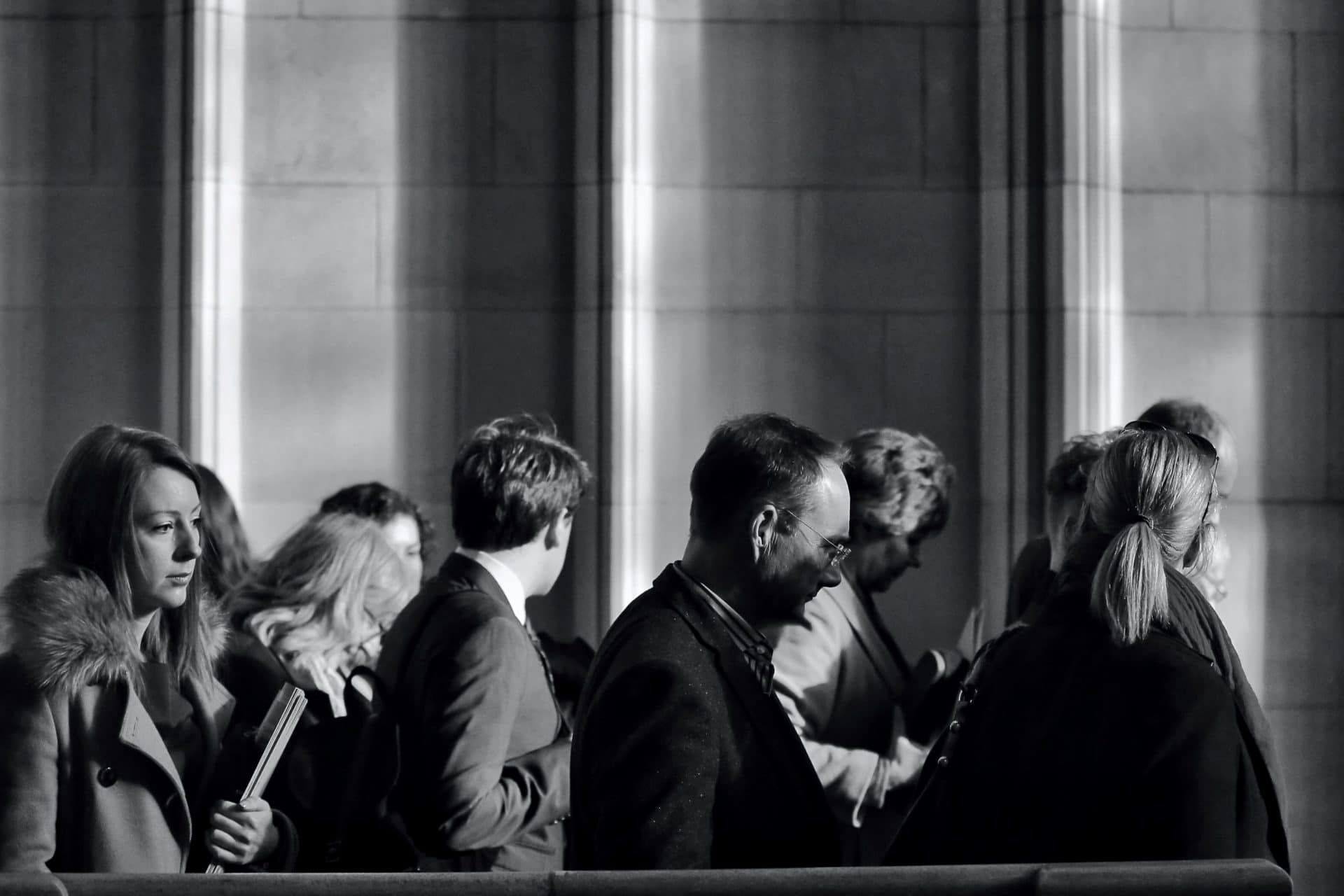 With more than 2,800 companies on the US stock market with a combined worth of over $21 trillion, ups and downs are bound to happen. In fact, stock market crash statistics show these happen fairly regularly, but so do major market recoveries. Currently, the ongoing COVID-19 pandemic is not only threatening humanity, but it’s also taking its toll on the stock market as well. Whenever a market crashes, stocks fall by 10%, which happens more often than people might think. Still, these crashes last only for a day, and the market goes on to recover afterward.

Yet, what happens when the market does not, in fact, recover in a single day and when stocks fall by more than 10%?

Read the following stats and find out!

Keep scrolling to learn more about the biggest financial crises in US history, the consequences, what caused them, and how the economy eventually recovered.

1. The stock market crash of 1929 began when the market opened 11% lower than the previous day’s close.

October 24, 1929, is marked in history as “Black Thursday.” Various financiers and institutions tried to stop the panic by bidding above the market price, the day’s losses were minimal, and stocks appeared to have bounced back over the following two days.

However,the stock market crash timeline of that era shows stocks fell by an additional 13% on Monday. “Black Tuesday” then went on to reveal that any hope of stocks bouncing back was just an illusion when they fell by yet another 12%.

Consequently, the Wall Street crash officially started — and the rest is history.

During the “Roaring Twenties” the American stock market was booming. The economy expanded rapidly and stocks hit an all-time high. Likewise, the market peaked when the Dow hit 381 points.

Exactly what caused the stock market crash of 1929 answers a lot of questions people had on their minds these past few weeks. For one, it was overconfidence and overspending. People were overly confident in the US economy — hence why they bought stock shares on credit, and the government raised the interest rate from 5% to 6%.

3. Even though the US stock market crash happened in 1929, the stocks kept falling for another 3 years.

The stock market crash was one of the main causes of the Great Depression. As a result, financial markets took a few years to recover from this period (from 1932 to 1937).

4. 25% was the unemployment rate during the Great Depression.

According to the Great Depression timeline, the years 1932 and 1933 were the worst by far. One in four people were unemployed, and another 25% had to work part-time or take wage cuts.

Also, when it comes to the stock market crash of 1929, facts go on to reveal that the GDP fell by almost 50%.

The Great Depression started as an ordinary recession, but it very quickly escalated into an economic disaster. People started pulling their investments out of the economy, plus they were spending less money.

As a result, bankruptcies became common, and about 1,300 banks failed over the course of a single year, as the Great Depression stock market crash facts of that period show.

During the Depression era, farms were often auctioned at so-called “Penny Auctions,” where farmers helped their distressed neighbors by keeping the bids down to quarters, nickels, and pennies to make sure that they could buy back their old farms.

7. In respect of the infamous stock market crash of 1929, facts of that era indicate that stocks took about 5 years to recover.

Investors who had stocks at the start of the 1929 crash recouped their losses in 4.5 years.

Still, it took the Dow 25 years to regain the highs they had back in 1929. Moreover, Dow investors needed some 10 years to get their money back, including dividends.

The 1987 “Black Monday” struck not only the US economy but markets all around the world.

Financial experts assume that the computerized stock trading programs were the main culprits. The programs had set a point at which they automatically sold stocks, and they all acted at once, thus causing the said crash.

9. When it comes to the stock market crash of 1987 timeline, reports indicate that the Dow regained 288 points in three days following the “Black Monday.”

Unlike the 1929 stock market crash which took almost 25 years to recover, the 1987 market started recovering almost immediately. There were no long-lasting effects for the US economy, and the Dow recovered all their stock market losses by September 1989.

Some surprising facts about the stock market crash of 1987 — the hit was so bad that hospital admissions grew exponentially. The majority of cases being of a psychological nature, such as depression, anxiety, and panic disorders.

During the late 90s, the internet generated a lot of excitement for online business and commerce.

Investors assumed that any company that operated online would be worth millions. Naturally, not all internet companies were as successful as Google (for instance), and many of them crashed, leaving investors with substantial losses.

12. Additional facts about the stock market crash of 2000 — new internet companies were overvalued by 40%.

The largest bank in the world, HSBC Holdings, conducted some extensive research on these new internet companies that were the latest rage.

They discovered that to be properly valued, the revenue of these companies would have to grow by 80% per annum over a course of five years, which is practically impossible for any company.

13. It took almost 17 years for tech stocks to recover from the dot-com crash, the stock market crashes’ timeline shows.

The recovery was extremely slow, but after 17 years, tech stocks traded at a price/earnings ratio of 18.4.

According to the 2008 stock market crash chart, it fell from $65.8 trillion in 2007 all the way to $49.4 trillion in 2009. Furthermore, the crash also destroyed more than $2 trillion in retirement savings, endangering personal finances and life savings of millions of Americans.

It’s estimated that 8.7 million people lost their jobs in an economy that had not yet fully recovered from the 2000 dot-com stock market crash.

Moreover, since 1966, there have been stock market crashes every 7 years, which is a pretty good indicator of the things that are yet to come.

16. The declining stocks and the decrease in home value destroyed almost $100,000 per household at the very peak of the crash.

During the late 1990s, lenders provided loans and credit to people who were not qualified, or had lower credit scores, which caused the stock market crash of 2008.

Fannie Mae wanted to fulfill everyone’s dream of owning a home, but this only drove the prices of housings up to levels that not a whole many could afford.

When did the stock market crash in US history?

Stock market crashes are common, but the four most significant ones in US history were:

What are the biggest stock market crashes by percentage?

A “bear market” is a period in which stocks drop by more than 20%, and the US has had some serious bear markets. Some of the greatest crashes by percentage were:

What percentage did the stock market drop in 2008?

2008 was the year of the great mortgage and credit crisis, the bank collapse, and the government bailout. This was also the period when some of the greatest financial markets lost more than 30% of their value.

From September to October 2008, the Dow fell by 3,600 points, which was the largest point loss in history.

So, is a new stock market crash coming? Yes, by the looks of it.

Why is the stock market crashing?

As a result of the COVID-19 pandemic, a large number of people are staying at home to nurse their illness or avoid catching it — hence why many a business is closing down and the economic growth has ground to a halt.

Will the stock market recover in 2020?

Last year, people were wondering will there be a stock market crash in 2019? Some economists predicted a market crash, but instead, the market hit some new records.

Nonetheless, the stock market had already started crashing in 2020. The VIX, a gauge of stock market volatility, spiked 43% — the fastest spike since the 1987 market crash. Coronavirus-based fears have ripped through the Wall Street market with no recovery in sight.

What’s more, the S&P 500 reached the bear market in just 15 days, which is twice the speed of the one during the 1929 market crash, as the stock market crash facts of that era reveal.

The recoveries from these losses have taken many months, so we can’t actually predict the date by which the market will recover. Nevertheless, an external factor is the main cause of the stock market crash today; meaning, the recovery time will be considerably faster when it happens.

Stock market crashes are the result of a series of events leading to the failure of some of the greatest companies. They affect banks and financial institutions alike, as well as the lives of the general population, their jobs, homes, and savings.

These stock market crash statistics show that the modern-day economy is not only fragile but also ever-shifting. Still, at the end of the day, no matter how great a market crash, there will almost surely always be a recovery. 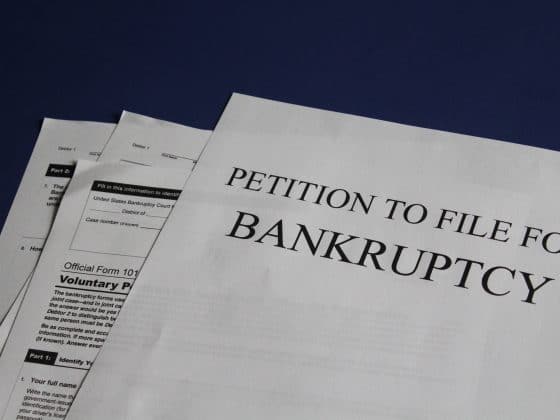