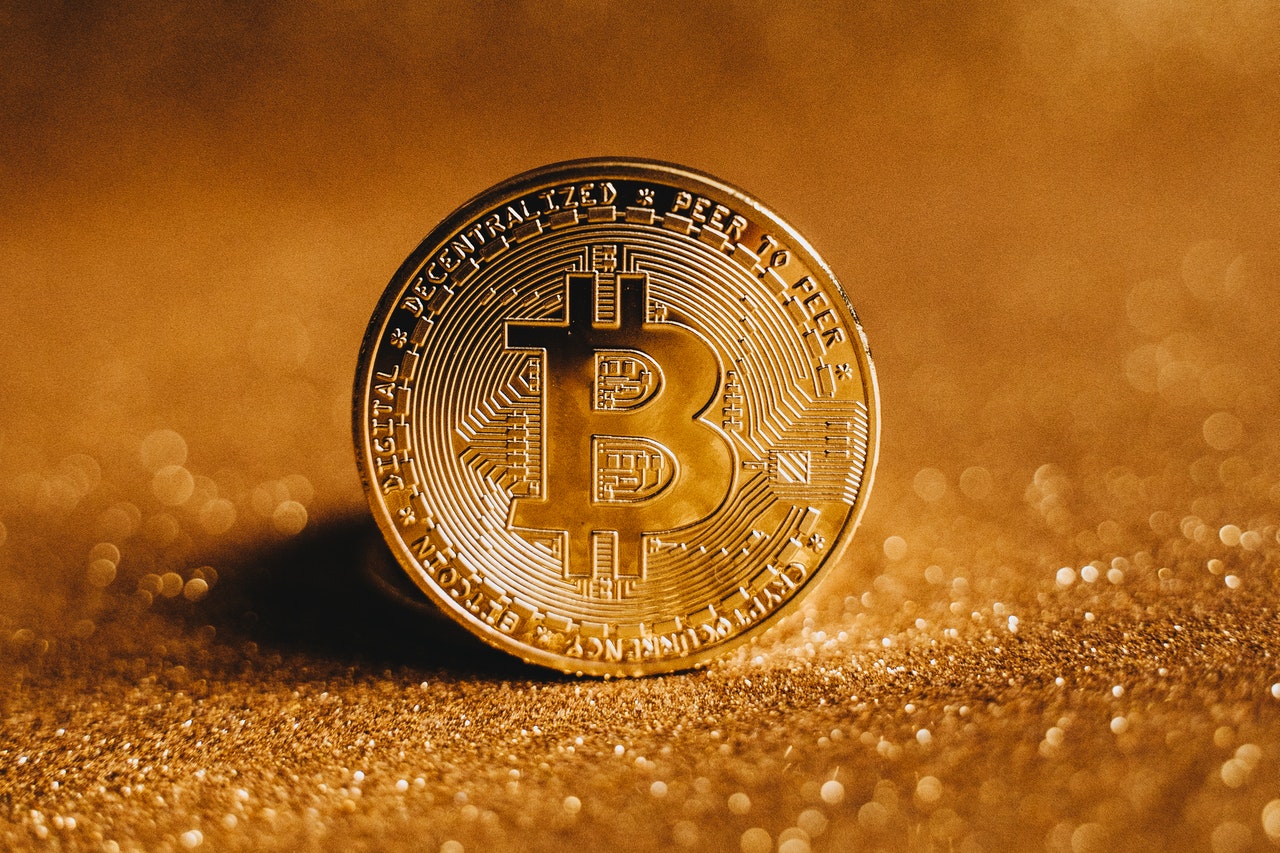 How Many Bitcoins Are There and Will They Ever Run Out?

What are bitcoins? How many bitcoins are there? How many dollars is one BTC? In this article, we’ll go over each of these questions (and more) to provide you with answers to some of the most relevant facts and figures concerning this world-famous cryptocurrency.

Overview of the Key Bitcoin Stats and Facts

How Many People Own Bitcoin?

These are just some of the questions we’ll answer in the stats below!

Based on one study, 46 million Americans own a minimum of one bitcoin share.

What’s more, 75% are open to learning more about bitcoin life insurance and annuities. And when it comes to age, almost 80% of millennials would like to learn more about cryptocurrencies.

In fact, every 10 minutes, a new bitcoin is mined. Be that as it may, Bitcoin is not the only virtual currency in circulation. Other popular cryptocurrencies include Etherum, Tether, and Litecoin.

3. Nigeria is the country that uses cryptocurrencies the most.

People from Africa, South America, and Asia are more likely to use or own cryptocurrencies than people from North America, Europe, and Australia.

Again, we can’t determine the exact number of bitcoin users since some people use multiple accounts. What we do know is that between 2018 and 2020, there was an increase of almost 190% in the global user base of cryptocurrencies.

Nevertheless, keep in mind that we can’t know the exact number of bitcoin millionaires as some people use multiple accounts.

With so much hype, one would think bitcoin is just about everywhere. However, this is not the case.

When it comes to its value, it fluctuates quite often (whenever a new trade is made, in fact).

9 Facts About the Basics of Bitcoin Mining

What does the mining process look like? How long does it take to mine a bitcoin? How many BTC get lost (burned) due to user negligence, and is there a limit to the number of bitcoins that can be mined?

How to mine a bitcoin? To mine bitcoins, you need to verify blocks of bitcoin payments which you later add to a large public ledger. It might sound easy, but you can’t do it on a regular PC. In fact, it takes roughly 1,000 computers to verify one block.

Next, the computers need to solve complex cryptographic puzzles to verify the transaction.

Who are the miners, and what do they do? Well, Bitcoin miners are people whose role is to preserve the bitcoin network’s security and monitor transactions by resolving a series of computational problems.

The newly created bitcoins are what miners get as a reward after a successful mining process. For instance, Slush Pool, the world’s first mining pool, has approximately 200,000 miners.

9. How many confirmations for a bitcoin transaction are necessary? Only three.

A total of three confirmations are necessary to finalize a bitcoin transaction.

But first, let’s briefly explain how these function.

Before it’s included in a block of a blockchain, a transaction is seen as not confirmed.

10. How many Bitcoin nodes are there? It’s estimated that there are roughly 83,000 bitcoin-core nodes.

Currently, one bit amounts to $0.0107. That said, bitcoin can also be divided into smaller units called “satoshi” (named after its founder). Consequently, one bitcoin has 100 million satoshis.

About 3.7 million bitcoins are lost, burned, or forgotten by users. That’s about $40.6 billion in fiat money.

How does this happen?

They can also be “burned” if the user sends them to “burn addresses” (addresses with no private key). More than 2,700 BTC ($30 million) have been sent to over 100 burn addresses.

When it comes to forgetting about them, one British man accidentally threw away more than $80 million worth of bitcoin by throwing his hard drive.

13. How many hashes to mine a bitcoin are necessary? It will depend on the mining equipment and hash rates.

Bitcoin mining involves various complex processes, and one of these is hashing. This process involves producing a fixed-length output by processing information from a block in a blockchain through mathematical operations.

The bitcoin hash rate measures the time it takes to complete these operations; the higher the rate, the higher the chances of finding the next block.

Since October 2009, when bitcoin was introduced to the public, 18.74 million BTC have circulated thus far.

What will this mean to miners? In simple words, there will be no more block rewards. Instead, the miners will get paid via transaction fees if the protocols stay the same as now.

What do we know about Satoshi Nakamoto, and what can you buy with bitcoins?

16. Who created bitcoin? Satoshi Nakamoto, the creator of Bitcoin, remains a real conundrum.

In 2009, Bitcoin was introduced by a certain “Satoshi Nakamoto,” who is presumed to be a pseudonym or a group of people. However, we’ll probably never find out since they disappeared from the internet in late 2010 and no one has heard from them since.

The only communication anyone has ever had with this person or group of people was through e-mails and on forums.

17. May 22 is known as “Bitcoin Pizza Day,” referring to the most expensive food order ever.

Based on how many dollars a Bitcoin is worth nowadays (10,000 BTC is approximately $380 million), Hanyecz would have been extremely wealthy. Though, at the time, 10,000 in BTC equaled only $41.

18. The Mt. Gox Hack was one of the most notorious Bitcoin hacks in history.

Due to digitalization, we’ve witnessed thefts linked to cryptocurrencies. One of the most notorious ones regarding Bitcoin was Mt. Gox Hack that happened in 2014.

Namely, the total number of bitcoins stolen from the exchange was 850,000, which would be worth $43.2 billion today.

As a result, Mt. Gox filed for bankruptcy after the attack.

While Bitcoin consumes 143 terawatt-hours (TWh) of electricity each year, Norway consumes “just” 124 TWh per annum. On top of that, Bitcoin mining uses 0.65% of the world’s electricity consumption.

This was the record number of daily transactions since December 2020 when there were about 330,000 bitcoin transactions daily.

Compared to other cryptocurrencies, Bitcoin had more daily transactions over the same period. Ethereum was the only crypto that had more transactions — 1.1 million per day.

21. Yes, you can actually buy a car with bitcoin.

A lot of stores (either online or physical) accept Bitcoin as a legitimate payment method. For example, you can buy a car given that many manufacturers (except for Tesla) like Lamborghini, Porsche, McLaren, and Bugatti, accept Bitcoin as payment.

Moreover, you can buy clothing, food and drink, a VPN (NordVPN, Surfshark, ExpressVPN accept bitcoin), and even gold.

22. Regardless of the total number of bitcoin you are sending, transaction reversal is not possible.

Unlike the usual payment processes (e.g. reliable bank transfers), which you can track and reverse, bitcoin is a little bit more complicated. Once the money has been sent, you cannot have it back. The only way to correct your mistake is if the person who received the funds refunds them.

Therefore, you will always have to pay extra attention to the address you’re transferring your digital money to.

23. A micronation known as Liberland uses bitcoin as its official currency.

The official currency of Liberland is bitcoin. This piece of European land between Serbia and Croatia had no inhabitants and was proclaimed as a no man’s land. In 2015, Vít Jedlička and Jana Markovičová proclaimed it as the Free Republic of Liberland.

With 7 square kilometers, it is currently the third smallest sovereign state in the world, after the Vatican and Monaco.

24. Who owns the most bitcoin? Bitcoin’s creator, Satoshi Nakamoto.

Other bitcoin investors include:

How many bitcoins are lost?

Based on estimations, about 20% (3.7 million) of bitcoins are lost. How do bitcoins get lost? Bitcoins get lost if users lose their private keys used for bitcoin transfers.

Another way that bitcoins can be lost is by “burning them.” This happens when the user sends a transaction to “burn addresses.” Burn addresses are addresses that have no private keys.

How many Bitcoins are left to mine?

There are “only” 2,252,331.3 bitcoins left to mine, given that bitcoin’s founder, Satoshi Nakamoto, limited its production to 21 million. As mentioned before, so far, 18.74 million bitcoins are in circulation.

How many satoshis make a bitcoin?

One satoshi is one-hundredth millionth part of a Bitcoin. In other words, one bitcoin consists of 100 million satoshis. What is a satoshi? Satoshi is the smallest bitcoin unit.

In short, as physical money can be divided into smaller subunits, the same case is with cryptocurrency.

How many confirmations does bitcoin need?

To finalize a bitcoin transaction, you’ll need at least three confirmations. However, while some bitcoin companies will ask for a single confirmation, others will require six.

When will all bitcoins be mined?

The last bitcoin is expected to be mined in 2140 when the last halving occurs. As previously mentioned, halving happens every four years (after mining 210,000 blocks), when bitcoin awards are cut in half. This system will end somewhere in 2140.

What happens when all 21 million Bitcoins are mined?

It’s estimated that there are over 1,000,000 bitcoin miners in the world that earn their money through block rewards. When the last bitcoin is mined, there will be no more block rewards.

What does this mean for miners? No fear, they will still get paid for their work, but through transaction fees.

How long does it take to mine 1 bitcoin?

In fact, mining consumes so much power and electricity (143 TWh per year) that bitcoin farms consume more electricity than countries like Norway (124 TWh per year), Bangladesh (71 TWh), and Switzerland (56 TWh).

For comparison, Google and Facebook consume merely 12 TWh and 5 TWh of power each year.

How many dollars is a bitcoin worth?

In March, bitcoin’s price peaked reaching $58.734.48, after which it started dropping.

Ever since it first appeared, Bitcoin and the estimated number of Bitcoin users have been a subject of debate, inspiring the emergence of other cryptocurrencies, such as Ethereum, Litecoin, and Ripple.

However, whether it could one day enter the mainstream financial system remains unclear.

So, now that you know how many bitcoins are there in the world, we hope you’ll be more open to using this world-renowned cryptocurrency.

Sanela has always found pleasure in studying linguistics and the way language forms modern-day human interactions. As she pays great attention to detail, she’s especially fond of written language, a powerful tool that lets her shape her thoughts into words as precisely as possible. Apart from this passion, she’s a devoted researcher of a wide variety of topics, ranging from health to human relationships. 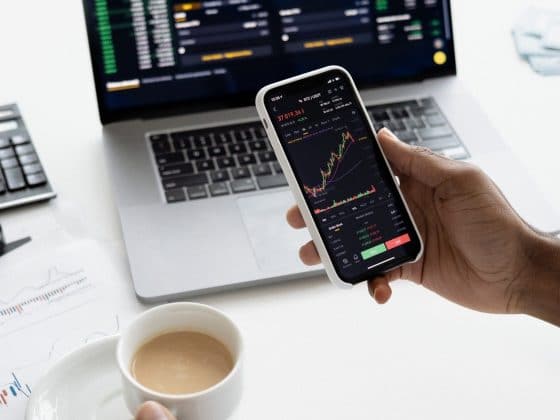 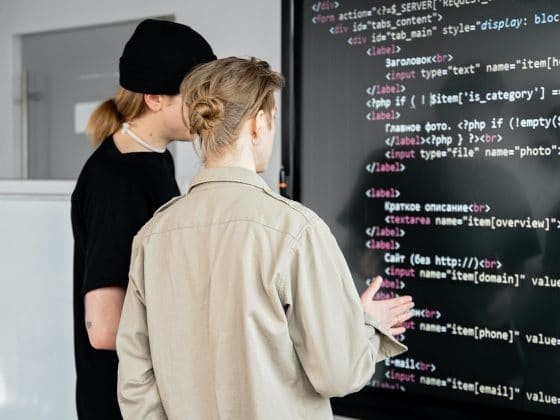