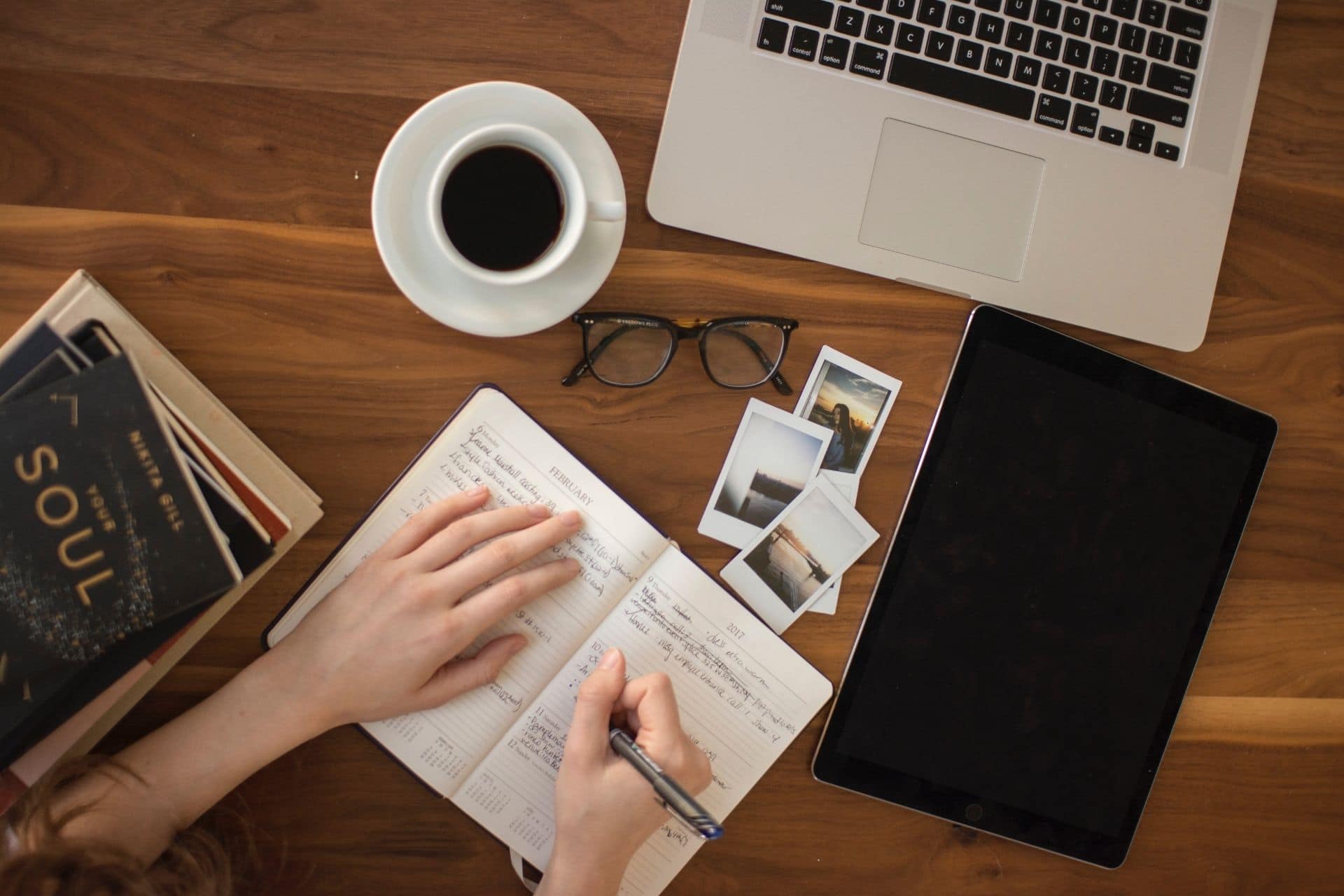 The freedom to work at your own pace, set your own hours, and work as much (or as little) as you want gives ample incentive for many a gig worker, especially among the younger generations. And for good reason, too! With more than a third of US workers being part of the gig labor market, gig economy statistics show that companies such as Lyft, Uber, Amazon Mechanical Turk, Freelancer, and many others like them, are growing and prospering.

As a result, our team put together the most comprehensive list of stats on gig work on the internet to provide a glimpse of all the current and future trends in the industry.

Let’s start off with the most important stats first:

If these haven’t sparked your curiosity yet, nothing will! Continue reading to find out all there is to know about the gig economy, including current trends, projected growth, and more.

Let’s take a swift dive into the numbers. Who takes on gig jobs? How do people feel about gig work in general? Why did they start? Get real feedback from real workers.

1. 28% of workers in the US report working in self-employed positions at least some of the time.

A Gallup gig economy poll commissioned by Intuit discovered that around 44 million Americans are self-employed. While the median income for people in self-employed positions is around the same as for those working for employers, self-employed workers earn less due to lower benefits.

2. 57% of male freelancers have a bachelor’s degree.

Nevertheless, the level of education seemingly plays a much smaller role when it comes to the general pay rate, seeing how high school graduates earn $22 (per hour), whereas those with bachelor degrees make slightly less — $19 (per hour), to be exact.

In addition, those with a postgraduate degree earn slightly more ($24 per hour) than high school graduates.

3. In gig economy growth projections, researchers expect its gross volume in the US to rise to $455.2 billion by 2023.

The gig economy has experienced steady growth since at least 2018 and picked up some serious steam between 2019 and 2020.

The same projections estimate it will reach over $347 billion in the US by the end of 2021.

4. Gig economy statistics from Canada show that 45% of women aged 18–34 have worked in the gig economy or had a side job in the last five years.

Canadian women in that age range were the most likely to have worked in the gig economy in the past five years, edging out Canadian men in the same age range by three percent.

The least likely demographic group to answer in the affirmative were women aged 55 or older, with only 24% engaging in the gig economy or side jobs.

Transportation services, and taxi services, in particular, are among the fastest-growing sectors in the gig economy.

Moreover, 57% of all self-employed nonfarm workers are concentrated in only five sectors: construction, administrative, retail, repair services, and professional services.

6. Statistics on the gig economy reveal nearly 30 million Americans got their primary income from gig labor in 2019.

That’s about one-fifth of the overall US labor force. The same report also mentions that 49% of workers intend to leave their employer in favor of contract or freelance work opportunities in the next five years.

24% of people working in gig labor stated that pursuing their passion was a key motivator for avoiding more traditional employment.

7. 62% of the freelance work market in the Philippines is made up of female workers.

Gig economy growth statistics place the Philippines in sixth place for the fastest-growing gig economies. Fifth place goes to Ukraine, while India was in sixth place.

This puts the Philippines in first place for most female independent workers. The US follows suit with just 47% of female self-employed workers.

8. According to gig economy statistics for 2019, women make up merely 24% of the global gig market workforce.

Additionally, according to the World Bank data from 2019, women make up just 39% of the total global workforce in general. On the other hand, pink tax facts are far from favourable.

9. Translation services are in the lead with a 50% market share when it comes to female gig workers.

Other fields that have a higher than average market share of female gig workers include administrative positions (46%), content writing (43%), customer support (43%), and project management (36%).

Continue reading to see what is currently keeping the gig economy train going. As always, trends are ever-changing, though some constants may help us better understand this well-oiled machine.

According to research from the credit card titan, Mastercard, these are the following:

11. Gig economy statistics for the US show that the country contributed a whopping 44% in terms of the global gig economy.

One of the main reasons behind this phenomenon is the fact that companies, such as Etsy, Upwork, Airbnb, and the famous transport service, were founded on none other than US soil. Namely, these companies are responsible for driving the gig economy forward (so to speak), spearheading the entire sector in the process.

12. Global gig economy statistics indicate that the asset sector will have a projected 133% GV growth in the next 5 years.

Although the transportation sector remains firmly in the lead, the asset sector continues to bloom due to increased business travel and guest stays, as well as the increasing number of hosts participating in gig economy websites (think Airbnb) across the globe; recent trends in the gig economy suggest.

This is also the most prominent age group when it comes to jobs for independent workers. Nevertheless, experience speaks for itself. The 55–64 age group makes up only a small percentage of the total workforce, yet they get paid the most — $36 per hour, to be precise.

14. Gig economy statistics show that 74% of gig workers use social media to promote their services.

15. 92% of workers think that the coronavirus pandemic is the right time to look for gig work.

Workers are more excited than ever about participating in the gig economy. Gig economy statistics for 2021 reveal that 57% of workers said they would accept some sort of gig work until they find a permanent position.

Many of them (33%) rely mostly on their traditional jobs, apart from gigs.

What does the future hold for the ever-changing gig economy? Is it just a passing trend or an established industry? Continue reading to find out more.

Projections indicate that with the current growth rate and gig economy trends, come 2021, freelancers and independent workers will outnumber the traditional workforce.

Further predictions reveal that, by 2027, companies will be spending as much as $6 billion on improving the rights of gig workers. Moreover, expectations are that the gig economy will be powerful enough to have an impact on the legislature and offer independent workers more rights and protection.

18. UK gig economy statistics for 2020 show that over 800,000 workers in the construction industry were self-employed.

Most of the 1.329 million UK workers in the construction sector are self-employed, according to the latest data available from the Office of National Statistics. Of those, women make up only 252,000 workers.

19. 40% of organizations plan on using more gig workers in the next five years.

Increased expenses and the growing professional workers’ market are driving many organizations to expand their use of independent workers.

Expansion gig economy statistics or why is it growing data reveal numerous incentives for people to engage in short-term and contract labor. People who lost their jobs or opted for early retirement are using gig employment as an opportunity to join the labor force.

About half of the increase in gig workers is attributed to people who chose to make the switch from traditional employment.

21. Labor market statistics for the gig economy show 9.2 million people working in the industry in 2021 in the US.

Workforce Intuit researchers found that the number of gig economy workers in the US is growing fast.

In 2015, there were merely 3.2 million people working in the gig market. The current numbers and estimates tell a different story, however.

22. A 513% year-on-year increase in new gig workers was reported in Japan since the coronavirus outbreak.

Although numerous gig economy income statistics show that many independent workers are struggling to make ends meet, laid-off employees and those forced to take unpaid leave are looking for ways to pay the bills through on-demand jobs and gigs.

Consequently, one of the leading gig economy companies, PeoplePerHour, is reporting significant jumps in Japan (513%), Spain (329%), and the UK (300%).

In general, Australians have taken to gig work quite enthusiastically. But that may not be as attractive as it seems in the long run.

According to simulations, workers who spend ten years doing gig labor could be worse off at retirement than traditional employees to the tune of $100,000. This discrepancy is mostly a result of the loss of employment benefits for gig workers.

What is the gig economy?

How many people work in the US?

As per gig economy job statistics and general labor estimates for 2021, 153.7 million Americans are working at the moment. There were 145.79 million workers in the US in 2020.

What is considered the gig economy?

Generally speaking, a gig economy mostly entails short-term flexible jobs and freelancing rather than traditional long-term employment with wages and benefits. There’s some disagreement about the exact boundaries of gig labor vs. traditional, but most authorities agree that temporary contract work falls under the definition.

How big is the gig economy in the US?

The projected gross volume for the US gig economy in 2021 will be $347.8 billion. By some estimates, 10–13% of the workforce in the US engages in full-time gig work as their primary means of income.

Is the gig economy the future?

Most experts agree that the gig economy is only getting bigger, and that for several reasons. The majority of the workers who participate in the gig economy seem to enjoy the flexibility, independence, and job variety it allows.

However, there are real concerns from the anti-gig camp that warn about long-term consequences such as reduced workplace benefits, tax implications, and the increasing isolation of gig work.

The current facts about the gig economy may be questionable as the ongoing pandemic has gimped certain jobs/workers while boosting others. Nevertheless, it continues its upward trend as more people are on the lookout for alternative incomes during a time of crisis.

All in all, the above-mentioned gig economy statistics help paint a clearer picture of current trends and the future potential of the industry. And as if that wasn’t enough, predictions indicate that gig workers will outnumber traditional workers within the next ten years as more companies see the benefits of working with freelance professionals and gig workers.

Boriana’s power comes from her constant desire for more information and an insatiable need to research. A dedicated mother and unstoppable workaholic, she is always finding ways to balance it all—physically, emotionally, and financially. When not juggling work and being a mom she dedicates her time toward helping animals and sharing her years of experience and knowledge with others. 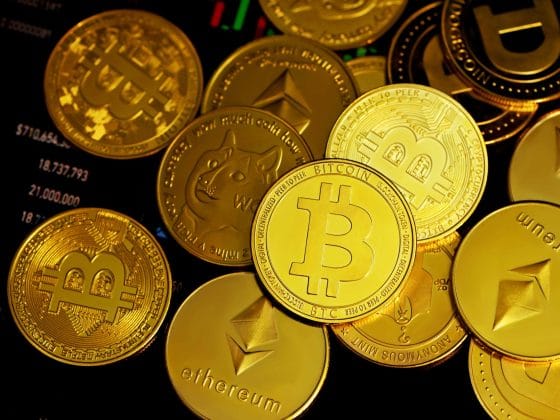 25+ Cryptocurrency Statistics to Get You In On the Action 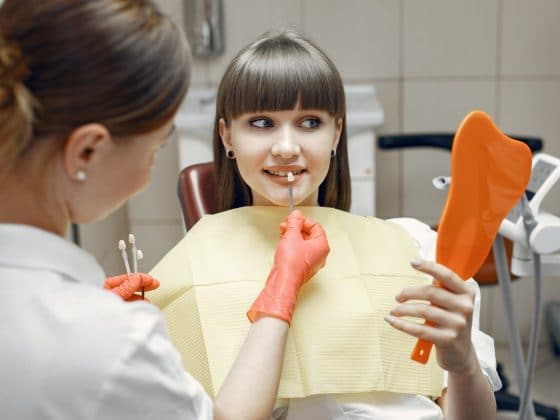