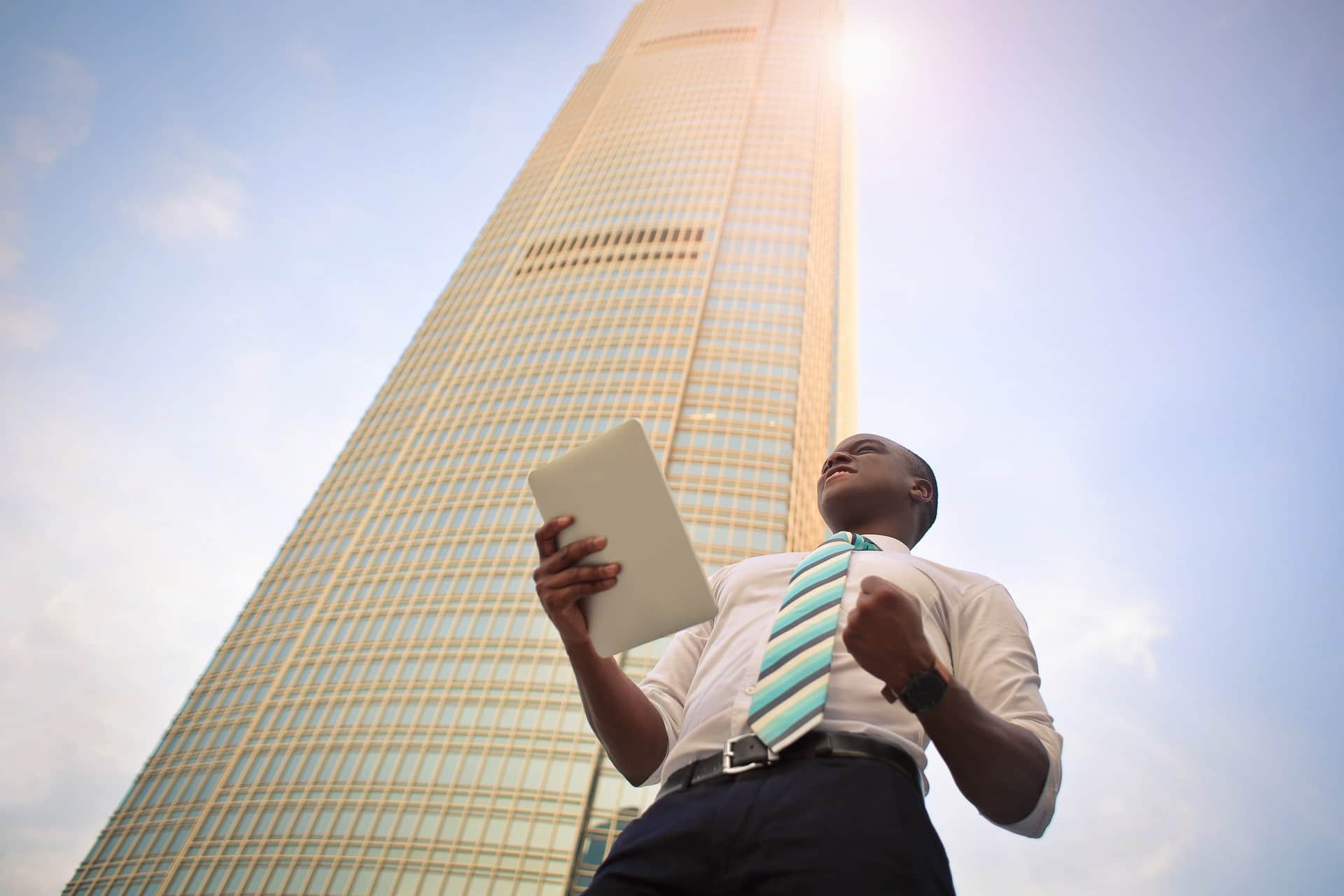 As you’ll soon learn from these entrepreneurship stats, more and more people are starting their own businesses with the hope that they’ll be able to work by their own rules and at their own pace. However, with the recent pandemic, this has been an impossible task for some.

So, just how did COVID-19 impact the business sector and entrepreneurs in general?

Keep on reading and find out!

Entrepreneurship Facts and Stats — the Gist

Why do people prefer starting their own businesses, and how many of them fail?

1. 29% of people who start small businesses do so to be their own boss.

Other reasons include dissatisfaction with corporate America (17%), pursuing their passion (16%), the opportunity for presentation (12%), inspiration for new business (9%), unwillingness to retire (7%), and job outsourced (7%).

On the other hand, the lowest rates of early-stage entrepreneurship are found in Italy and Poland when it comes to men.

31+ million Americans in the 18–64 age group started some form of TEA (early-stage entrepreneurial activity) in 2019 — the highest ever reported by the Global Entrepreneurship Monitor (GEM).

Moreover, global statistics show that only three countries produce higher TEA rates than the US — Canada, Panama, and Chile.

To be more precise, the early-stage entrepreneurial activity dropped by a quarter in four European and North American economies, as well as two Middle East, Africa, and East Asia economies, and one in Latin American and the Caribbean regions.

On a positive note, 14 economies witnessed an increase in TEA by more than a quarter, such as Oman, Egypt, Panama, and Colombia.

5. Entrepreneur stats report that small businesses have a much higher employee turnover rate than larger companies.

In fact, it’s estimated that around 35% of small-business employees quit their job within two years and start their own enterprise. In contrast, only 25% of people working in larger companies do the same.

Namely, there are many things that can affect the annual income, like experience, industry niche, and location.

7. About 12% of business owners only have a high school diploma.

Nevertheless, the vast majority of business owners, about 32%, own at least a bachelor’s degree, and 22% hold an advanced degree. On the other hand, today, there are many perfectly good investment apps to learn a thing or two about market fluctuations and investing.

9. Lack of capital is the biggest challenge for 23% of SMB owners.

Next are employee recruitments and retention (19%), marketing and advertising (15%), time management (14%), administrative work (13%), and managing and providing benefits (8%).

10. How many entrepreneurs are there that work more than the average full-time employee? Over 70%.

In the 19th century, people used to work almost 100 hours each week, with only one day off. In fact, it was none other than Henry Ford, the famous American business magnate, who changed this.

Namely, Ford was the first to give his workers two days off — five working days and eight-hour shifts (the 40-hour working principle) that we have today, which was enacted into law in 1940.

So, how many hours do entrepreneurs work?

11. 70% of small businesses sell their services and products through an online platform.

Not only do 70% of small business owners sell their products online, but they also take care of their company’s website. Likewise, 34% of these business owners are in charge of all the updates and changes on the website.

12. Digital entrepreneurship statistics imply that merely 64% of SMBs have a website.

Speaking of digitalization, 41% of SMBs without websites claim they don’t need it, 35% think their business is too small to have a website, and 29% plan to create websites for their business in 2021.

13. How many entrepreneurs fail during their first year? A staggering 20%!

What’s more, around 45% fail within the first five years.

The main reason behind these devastating statistics is losing money, not investigating the market, and poor marketing campaigns that stop their business from flourishing.

14. 30% of self-employed entrepreneurs have more than one business.

Entrepreneurs Statistics for the US

How many entrepreneurs come from the US?

16. Over 31.7 million small businesses are operating in the US.

17. California has the highest number of small businesses — 4.1 million.

18. The best place to start a business in the US is Austin, Texas, according to recent entrepreneurship stats.

Considering how Austin is one of the funkiest cities in the US, known for its fantastic food (and probably, dining credit cards as well) and vibrant city culture, it comes as no surprise that 0.51% of people living there are actually entrepreneurs.

Technically, every 200th person is most probably a business owner.

19. The US is the most entrepreneurial country in the world.

Entrepreneur statistics from 2021 highlight that the US is the best country to start your own business due to its highly skilled workforce, openness for business, and competitiveness.

In fact, some of the world’s greatest companies (like Apple and Google) were founded in the New World.

Germany is ranked as the second-best country, followed by the UK, Israel, and the United Arab Emirates.

20. The percentage of Latino small businesses in the US went up to 34% over a ten-year period.

However, over the past two years, Latino-owned businesses witnessed a higher CAGR rate than white-owned businesses — 25% vs. 19%, respectively. In addition to that, on average, LOBs are much younger than WOBs — 10 years vs. 14 years.

21. According to the latest entrepreneurship statistics, Black or African Americans own about 124,551 businesses in the US.

When it comes to industries, 28.5% of the businesses belong to Health Care and Social Assistance. That said, 8 in 10 Black-owned companies fail within 18 months after being launched.

22. 78% of small businesses believe their business will survive the ongoing pandemic.

Although in 2020 merely 63% percent of businesses were profitable, a vast majority believes their companies will get through the hardships. In fact, a mere 4% believe their business will fail due to the pandemic.

How Many Entrepreneurs in the World Are Women?

Let’s say a word or two about female entrepreneurs.

23. 17% of Black women in the US are starting or running their own businesses.

If we compare the data with white women (10%) and white men (15%), we’ll notice that Black women are more likely to start their own businesses.

24. Entrepreneurial facts show Madame C.J. Walker was the first self-made female entrepreneur in the US.

The first self-made female entrepreneur with a net worth of $1 million was Madame C.J. Walker (1867–1919). This talented woman from Louisiana started her career by selling care products for African-American women. Shortly after, she became the wealthiest African-American entrepreneur in the US.

If we compare entrepreneurship stats from about 50 years ago when only a small fraction of women, 4.6% to be exact, were leading their own businesses, we’ll notice a significant change in numbers.

Today, about 45% of businesses in the US are led by women entrepreneurs. That said, the greatest surge occurred between 2014–2019 — by an incredible 21%, no less!

26. The most successful female entrepreneurs come from China.

Overall, her wealth amounts to a mind-blowing $23.34 billion.

27. 34% of women entrepreneurs believe that they’ll have the same access to capital as their male counterparts by 2033.

Even though men and women don’t have the same opportunities when it comes to capital, female entrepreneur statistics from 2019 state that 84% of women agree this will change one day. Nevertheless, as much as 34% of them think it won’t happen in the near future.

28. Vera Wang is the most successful Asian American female entrepreneur.

Wang designed outfits for many trendsetters, from Michelle Obama to Charlize Theron. Besides being a talented designer, Wang is also a skilled entrepreneur; her estimated net worth is approximately $270 million.

29. Based on the latest women entrepreneurs statistics, Angola has the highest percentage of female entrepreneurs globally — 51.1%.

The Impact of COVID-19 on Entrepreneur Statistics

How did the pandemic change the way small businesses operate?

COVID-19 had an enormous impact on the US economy, and small businesses paid a high price. The most recent statistics show us that 31% of small businesses had to shut their doors due to the current situation.

In addition, the most recent data on entrepreneurs from this sector highlights that 52% of owners had to close their businesses “until further notice.”

At the same time, 25% of respondents knew someone who had started a business amidst the COVID-19 outbreak.

The situation was the worst in Indonesia, where 72% of adults reported knowing someone who had to shut down their business. In comparison, in Taiwan, merely 16% of people claimed the same.

Many workers were fired due to the pandemic, which urged them to start their own businesses. For example, in July 2020, 551,657 Americans filed business applications, which is 95% more than in 2019.

The situation was similar in France, where approximately 84,000 people registered new businesses in October 2020 (20% more than in 2019).

33. There was a 32% decrease in the number of full-time workers due to the pandemic, entrepreneurship 2020 stats report.

In the short period of only three months, between January and March 2020, many people lost their jobs due to the global pandemic. Hence, the total number of full-time workers plummeted by 32%, whereas the number of part-time workers fell even more — by an alarming 57%!

34. 28% of entrepreneurs believed that the US economy would recover by the summer of 2021, entrepreneurship stats reveal.

What’s more, the sales of the restaurant and foodservice industry dropped by $240 billion. 72% of restaurant owners believe they won’t be able to reopen their restaurants, whereas 48% plan to stay in business.

36. Online retailers have experienced a real renaissance during the pandemic.

While a certain percentage of entrepreneurs in the world fight tooth and nail with the ongoing crisis, online retailers have experienced a real renaissance.

According to recent Amazon figures, the e-commerce giant had a huge surge in stock price — by $1,000 no less!

Likewise, Zoom took the leading role in video call software as the most used tool for conducting online classes and conferences. On the other hand, Netflix became the number one entertainment choice for over 16 million new subscribers.

What percent of entrepreneurs are successful?

Judging by the fact that 78% of small businesses are profitable at the moment, we could say that equals the percentage of entrepreneurs that are successful at their business. This translates as three out of four businesses, which is quite encouraging.

Also, when discussing US billionaires, 62% of them are self-made and 18% made their fortune by combining inheritance and hard work.

What percentage of the population are entrepreneurs?

Out of the 7.594 billion people on the planet, 582 million are entrepreneurs that either possess or have just started their own business. What’s more, the most successful entrepreneurs live in the US, the UK, and India.

How many entrepreneurs were there in the US in 2020?

Why do most entrepreneurs fail?

Despite there being a lot of reasons why a business fails, the most common ones include the lack of capital, lack of experience and expertise, lack of market demand, and bad management/marketing.

What are the 5 C’s of entrepreneurship?

The 5 C’s of entrepreneurship are:

What are the 10 D’s of entrepreneurship?

The 10 D’s of entrepreneurship are:

2020 was a challenging year for many small business owners — to say the least — and many had to adapt to the “new normal.” However, that didn’t stop enthusiasts from trying to salvage their business by becoming digital retailers.

Even though the fate of the world’s economy still hangs in the balance due to new challenges, we hope we managed to portray the concept of creating and maintaining a small business a bit better with our entrepreneurship stats. 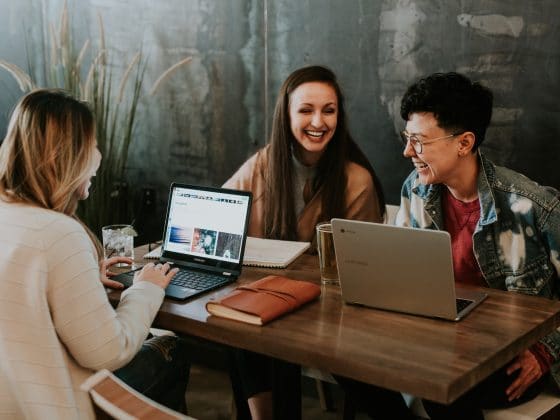