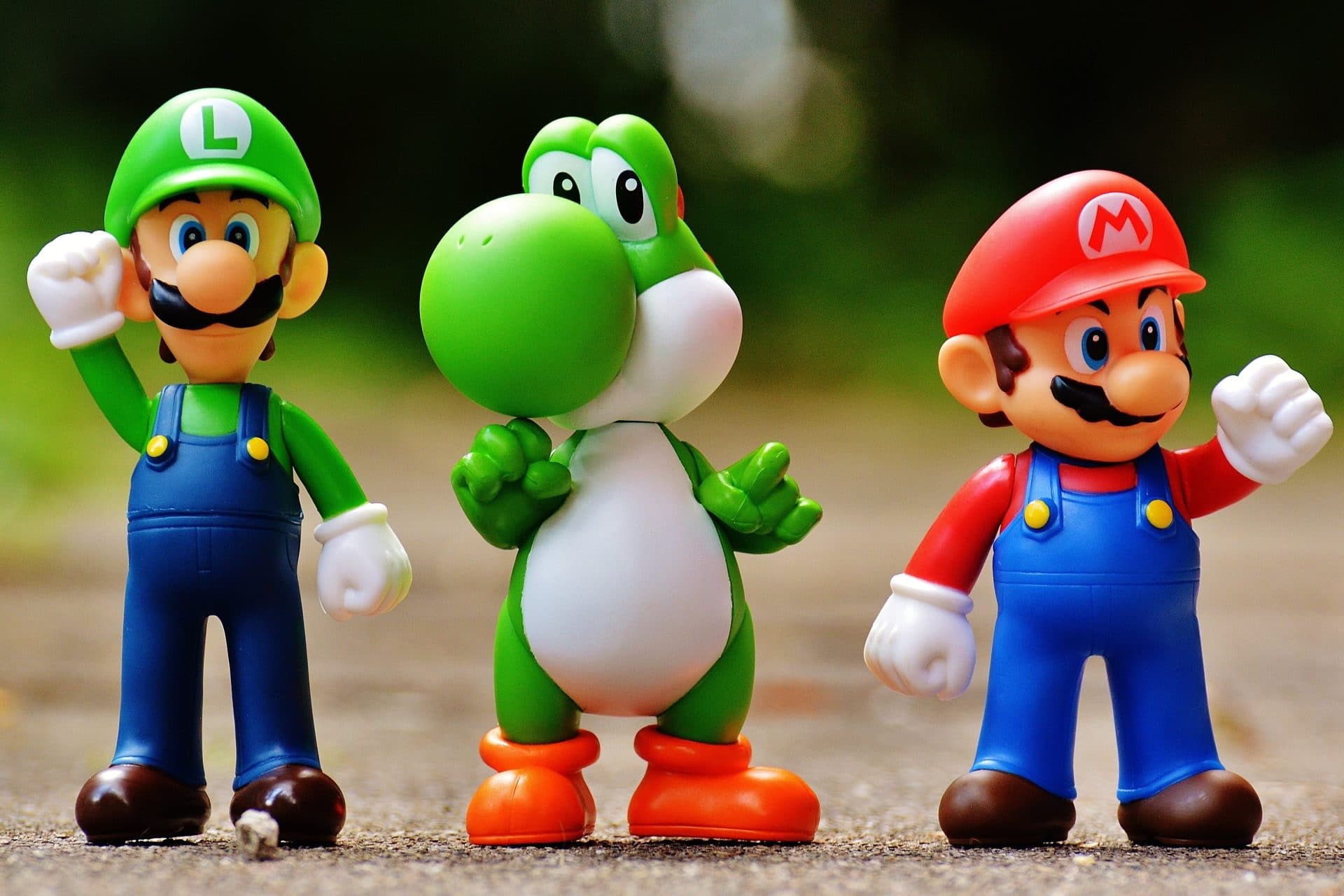 Toy industry statistics are pretty much optimistic overall. Despite the coronavirus pandemic, the interest in this type of amusement increases as adults begin to join the creative party too. The market is now more diverse than ever, regarding the offers and the parties interested. At the same time, US toy export figures are truly mesmerizing.

Below, you’ll find some of the most relevant statistics from the toy industry’s recent years and an insight into what experts believe is the outlook for 2022 and beyond.

Facts About the Toy Industry From Around the World

How much is the global toy industry market worth?

1. LEGO was the world’s largest toy manufacturer in 2021.

Its closest competitor is the Japanese multinational — Bandai Namco. Namely, the Japanese brand is known for its wildly successful video game franchises, including the bitter-sweet Dark Souls series.

2. China manufactures around 70% of the world’s toys.

To no one’s surprise, toy industry analysis from 2019 showed that China’s toy industry would generate almost $40 billion that year. As such, China is convincingly at the top of the toy manufacturing food chain as the world’s largest exporter of toys and OEM equipment to global brands.

4. Over a billion Barbie dolls have been sold since their inception in 1959.

Barbie, or Barbara Millicent Roberts, is the world’s best-selling doll of all time and is still one of Mattel’s flagship products. The company wisely decided to introduce a line of Barbie inspiring women such as Rosa Parks, opening it to a broader market, and continuously evolving models.

5. The US controls the largest toy industry market share with imports valued at $36.37 billion.

It should come as no surprise that the US imports more toys than any other country. Next on the list is Germany with “just” $8.81 billion and the UK with $6.71 billion.

Globally, the toy market has been on an upward trend since 2015. In fact,  2020 was its highest-revenue year thus far.

And although children’s toys are still the industry’s bread and butter, it’s also experiencing a surge of new adult consumers as video games are becoming a leisure activity for all ages.

As per the latest sex toy statistics, by 2028, the global sex toys market is expected to witness a CAGR of 8.04%, mainly due to developing countries’ economic improvement and the increasing popularity of the sexual wellness industry, especially among the LGBTQ community.

Thanks to the Mandalorian,  the so-called baby Yoda (Grogu) became one of the best-selling toys from the Star Wars franchise. On that note, while Hasbro’s overall sales fell by 12% in 2020, the sales of Star Wars toys went up by 70%.

Up and Coming Toy Industry Trends

What are the newest trends in the toy industry?

In a study encompassing the years 2016–2026, researchers determined that the toy market will grow at a steady pace, primarily driven by the rise of interactive toys and games.

The report singles out South America as the single fastest-growing market for toys and the Asia Pacific region as the largest market overall.

Educational toys, primarily cognitive and motor skills toys, are becoming more popular among young parents, so it’s no surprise that the educational toys market is about to get bigger.

The growing demand for innovative and STEM toys will most likely be the main factors that will cause the educational toy industry market size to increase. At the same time, children are encouraged to even manage their own finances with the increasing number of debit cards for kids on the market.

STEM (science, technology, engineering, and math-based) toys are popular among children since they promote creativity and imagination.

Some of the major players on the STEM toys market, such as Elenco Electronics, Hasbro, Johnco Productions, Learning Resources, and LEGO System, have the potential to generate a revenue of $964.09 million by 2025.

It seems that green toys made of biodegradable natural materials like cotton, linen, bamboo, and renewable wood, are the next big thing. Namely, in 2020, the overall sustainable toy industry worth was estimated at $18,939.1 million.

The experts believe that North America, which generated the biggest revenue share in 2020, will continue the same trend during the forecast period.

Even though children are leaving behind toys in favor of games at an earlier age, plush toys still show steady growth.

14. “Kidult” toys are becoming the next big thing.

The pandemic started a new trend among young adults — the conveniently called “kidult” trend. During the lockdown, many adults found solace in their favorite childhood toys and games, which made retailers start creating “kidult” toys.

For example, young adults (between 19 and 29) made a quarter of all toy sales, and half of LEGO toys were purchased by adults.

Gendered toys statistics reveal that toy gender preferences are still a hotly debated topic in many parts of the world. Mattel joined several other toy manufacturers when it released the first gender-neutral doll in 2019.

The doll is part of Mattel’s Creatable World line, which consists of dolls that allow kids to customize and create their dolls’ hair, wardrobe, etc.

16. California is the first state that will require large stores to display gender-neutral toy sections.

The Golden State passed a new law that requires large stores to have, besides the boys and girls sections, a gender-neutral area for toys and childcare items (except for clothing). The law (that will come into effect in 2024) will affect all stores with more than 500 employees.

Toys ‘R’ Us Facts and Stats

When the toy titan declared bankruptcy, it closed over 800 stores along with its headquarters. Those stores represented tens of thousands of jobs, and most of those employees didn’t receive severance packages due to bankruptcy laws until much later.

What’s more, the brand attempted a soft relaunch with a dozen stores in 2019 but quickly shuttered those as well, thanks in part to the pandemic.

No toy retailer was ever quite as successful as Toys ‘R’ Us in the US. Namely, the US brand managed to sell 18,000 different toys during its peak.

Unfortunately, the brand’s annual revenue eventually dwindled to the point that debt prevented its stores’ expansion and modernization. Outdated stores combined with the meteoric rise of e-commerce were the primary causes of its eventual demise.

Even in the years leading up to its bankruptcy, Toys ‘R’ Us was a retail titan with a substantial market share. Now this position is firmly in the hands of Walmart, as per the latest retail statistics.

However, back in 2016, the US Toys ‘R’ Us market share exceeded 13% with both online and offline toy sales.

As a result, it was ranked 62nd in the top 100 retailers of the nation by the National Retail Federation. And even today, Toys ‘R’ Us Canada continues to operate over 80 stores in The Great White North, albeit under different ownership.

20. Toys ‘R’ Us are planning to open a flagship store in New Jersey.

After the brand’s failed attempts to open a store in the US due to the ongoing pandemic, things might change for the retail behemoth this year (or the next).

Namely, according to WHP Global (the brand that bought Toys ‘R’ Us in March 2021), Toys ‘R’ Us is planning to open a store in New Jersey (at the American Dream megamall) in the near future.

Toy Industry Statistics About the US Market

Where does the US toy industry market stand?

A toy industry analysis of 2020 proves it was a banner year for toy sales in the US across the board. However, for all accounts, May was an exceptional month when toy sales rose by over a third compared to 2019.

Perhaps unsurprisingly, that was shortly after the first round of coronavirus stimulus checks were deposited, leading to increased money for nonessential spending. Most experts attribute the unusually high sales in 2020 to the coronavirus lockdowns and the subsequent need to keep children entertained.

The toy manufacturing industry in the US isn’t what it once was, but it’s far from dead. The US still manufactures a respectable amount of toys domestically.

On the other hand, the number is much higher when it comes to imported toys and games, amounting to $21.4 billion.

24. Outdoor and sports toys were the highest-grossing category of toys in the US in 2020, with $5.36 billion in sales.

Outdoor and sports toys saw a fantastic surge in 2020 when sales jumped 28.6% over 2019 figures for the same category. Games and puzzles experienced an even more considerable boost in sales of 32.2%.

Still, overall sales for that category were “merely” $2.93 billion.

Toy recall statistics sharply increased in 2007 and 2008 due to consumer safety watchdogs focusing on dangerous levels of lead in products originating from China. Toy imports were adversely affected, and Mattel alone recalled around 19 million products.

That said, many of those were simply the result of design flaws.

Frozen is one of Disney’s most profitable properties, and the release of Frozen 2 proved that it’s still as popular as ever. In 2015, the first installment of the series generated $107 billion in retail merchandise sales, and the sequel managed to beat that mark by around $15 billion.

Like most other consumer goods, toy sales today are incredibly volatile, and it will be difficult to predict which way the market turns in different regions of the world.

However, most market researchers seem to be wholeheartedly optimistic about the toy industry’s fate as a whole — in other words, that it’ll grow steadily in the coming years.

What are the best-selling toys of all time?

Lego, the most popular toy among children, is also the best-selling product of all time, followed by Tamagotchi, Barbie, Buzz Lightyear, Sylvanian Families, and Monopoly.

How much is the toy industry worth globally?

All indications point to 2023 surpassing that number by a decent margin. In fact, experts believe that by 2023 the global toy market will reach $120 billion.

The main factors contributing to the increase will be the growth of dual-income households and the improvement in the purchasing sentiments.

Is the toy industry growing?

The games/puzzles toys category grew significantly more than any other (generating 59% of the revenue), followed by outdoor & sports toys and building sets (38%).

How many toys are sold each year?

In the US, around 3 billion toys are sold each year, and each toy retails for an average of $10.

However, it’s not really possible to extrapolate from this data since toy prices in the US are higher than in many parts of the world.

How much is the toy industry worth in the UK?

Toy industry statistics from the UK show that games and puzzles were the categories with the highest growth, followed by building sets and outdoor toys. 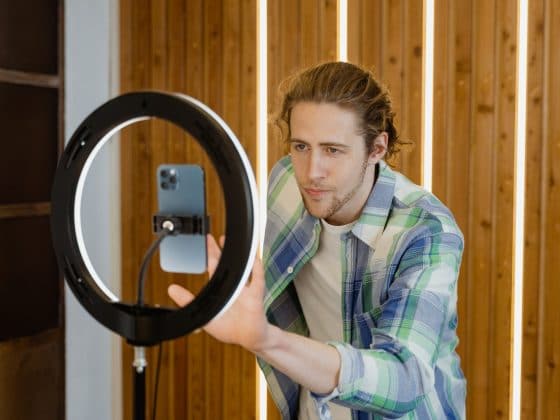 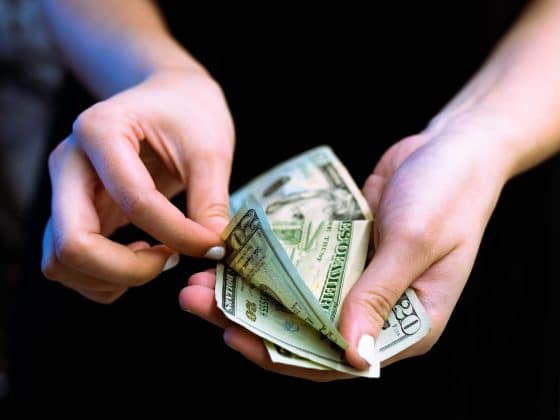