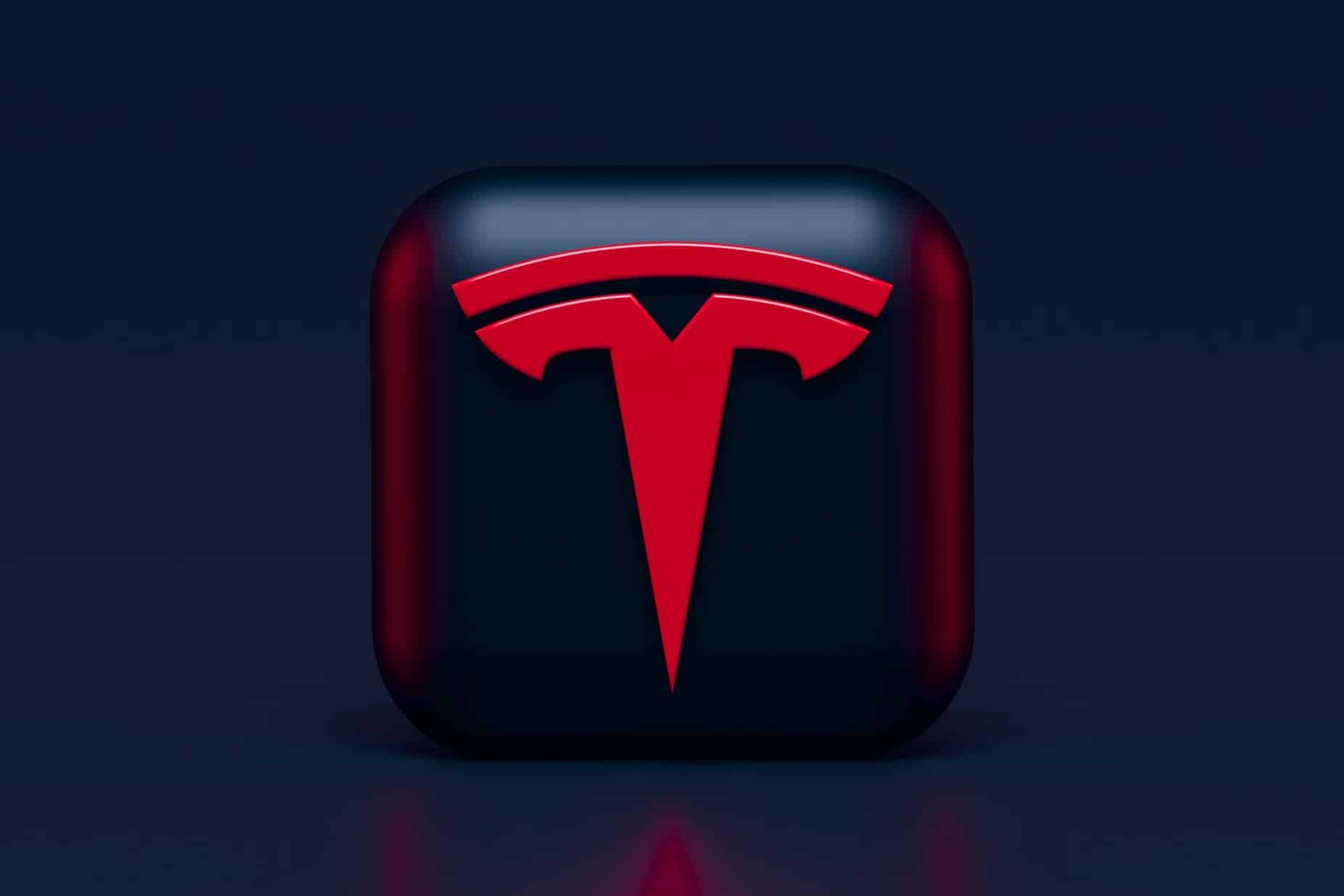 After the bumpy start with the initial Tesla Roadster (debuting in 2008), Tesla managed to become the world’s largest electric vehicle (EV) manufacturer — as per the latest Tesla statistics — and reached previously unimagined heights.

Yet, how did Elon Musk, Tesla Motors’ CEO, and his team of experts manage to turn a “barely-running science experiment” into a multi-billion dollar company?

In the article below, we’ll share the latest insight concerning this world-renowned EV manufacturer, including data on various car models (Model X, S, etc.), such as price, battery life, market share, and more.

Like what you hear? Then fasten your seatbelt and enjoy the ride!

Namely, in 2003, a team of engineers set out to prove that electric cars could, in fact, be better than gasoline cars — hence, Tesla was born.

It reached $278 billion by the end of the month, to be exact, making Tesla the most profitable carmaker in the world.

Thanks to this, Elon Musk — the man who owns Tesla — became a centibillionaire with a net worth of $282 billion (as of April, 2022). Not bad for a company that was once a part of the 31 million startups in the US.

3. The “T” on the nose of the car represents an EV motor cross-section.

After a Twitter follower inquiry on the meaning behind Tesla’s logo, Elon Musk explained that the Tesla logo stands for one of the poles of the motor’s rotor, which is similar to the letter “T.” Likewise, the line on top of the “T” represents a stator section.

For comparison, the largest automaker in the world — Volkswagen — held an EV market share of merely 6%, which was just a third of the overall Tesla global market share in 2020.

Last year, Tesla managed to outsold some of the most popular EV’s such as Ford Mustang Mach-E, Volkswagen ID.4, and Nissan Leaf.

It seems that Model 3’s minimalist design, large touchscreen, and highly affordable price for a luxurious car (starting at $38,690), made it a popular choice amongst drivers.

8. Tesla’s first model, the Roadster, was a complete disaster.

The market share of the famous company dropped not only in the US but also in Europe and China. Although Tesla still holds first place in the US as the leading electric car company, its US market share fell to 55% in April (from 72% in March 2021).

The main reason behind the drop was raised prices of four Tesla vehicles (Model S, Model 3 Long-Range and Standard, and Model Y) and the emerging competition (Ford and General Motors).

How long does a Tesla battery last? The battery in all Tesla cars can last for a minimum of 250 miles. However, the battery’s duration will also depend on the car’s model.

The duration will also depend on the battery’s size (Model 3 has the smallest battery, while Model S Long Range has the largest battery).

The one-millionth manufactured car of the famous automaker was a Model Y. In other words, Tesla was the first company in the world that managed to sell 1 million electric vehicles. For comparison, in the same year, Nissan managed to sell only 500,000 electric cars.

13. According to data on Tesla demographics, 79% of the workforce are men.

Regarding race, White employees made 34% of the workforce, followed by Hispanic and Latino (22%), Asian (21%), Black and African American (10%). Pacific Islanders, Native Americans, Native Hawaiian, and Alaska Natives made 7% of the workforce.

14. The new Tesla Roadster will be one of the fastest-accelerating cars, reaching 60 miles per hour in a record-breaking 1.9 seconds.

Not only that, but the latest Tesla facts also show that the new Roadster will have an incredible 620-mile range and will be able to reach top speeds of over 250 miles per hour.

15. In Q1 2021, Tesla registered only one accident for every 4.19 million miles driven with the Autopilot engaged.

Hence, according to these stats, Tesla vehicles are among the safest on the planet. In fact, Tesla crash figures are even more impressive when coupled with NHTSA’s latest data — on average, a car crash occurs every 484,000 miles driven in the US alone.

16. Model Y is the safest SUV ever tested by NHTSA.

Model Y has a lower center of gravity due to its battery packs, which means the vehicle has excellent cornering capabilities and reduced rollover risk.

On top of that, NHTSA awarded Model Y with a five-star safety rating. This EV scored the highest points in rollover testing, with a risk of a mere 7.9%.

How many vehicles does Tesla sell, which car is the most expensive, and what’s the company’s current stock price?

17. In 2021, Tesla was the best-selling electric car producer in the world.

Volkswagen Group and BYD followed suit with 452,900 and 593,743 sold units. Though the figures are smaller, Volkswagen actually doubled their previous sales.

Globally, Model 3 and Model Y were the most famous types of cars, which accounted for 442,511 deliveries in 2020. In contrast, Models S and X accounted for 57,039 deliveries.

With 95,247 models sold from January to December, Tesla dominated the EV market on the Old Continent.

However, the situation changed in January 2021, when the Wuling HongGuang Mini EV surpassed Tesla in monthly sales (36,762 vs. 13,843) and reclaimed first place.

While Tesla’s Model 3 was the most popular electric vehicle outside the US, Model Y was the most sold EV among Americans.

In addition, there will also be a Founders Series model — with a base price of $250,000 — that you can reserve for another $50,000 if you have enough money in your wallet.

In other words, the market is expected to have a CAGR growth of over 20% between 2019 and 2027. Norway currently has the largest share of EVs (75%), while China has the largest market for electric cars.

What is the cheapest Tesla, you may be asking? Well, the Model 3 Standard Range Plus, of course! You don’t need huge funds to buy this model that comes with an evaluated driving range of 263 miles.

The cost of a Tesla depends mainly on the car variant.

For instance, the above-mentioned price tag is purely for the base version, whereas you’ll need to spend $119,690–$131,190 from your credit card for the tri-motor Plaid variant (or check if they accept debit cards for car purchase too).

Still, you get additional benefits for that price, such as the top speed of 200 mph and a 0–60 mph acceleration under 2 seconds.

28. Tesla statistics for 2021 suggest the company’s revenue skyrocketed to $53.8 billion.

In the US alone, the company’s overall revenue was around $24 billion. The second-largest revenue-generating region for the brand was China, with almost $13.8 billion made in revenue.

Tesla entered the trillion club for the first time in October 2021. However, since then, its market cap witnessed a decrease, dropping to $822 billion in February 2022 just to go back up to $1 trillion in April.

For comparison, Tesla’s worth is close to the worth of two Metas (Facebooks). Namely, Meta has a market cap of $602.9 billion. On top of that, Tesla stock predictions and market forecasts estimate that its market cap could reach $4 trillion by 2030.

Tesla shares have risen in both 2020 and 2021, greatly contributing to the title of the world’s leading car manufacturer.

For the sake of comparison, the electric-car brand currently has a market valuation nearing $692 billion, whereas Toyota is trailing behind with “just” $177 billion.

How long does it take to charge a Tesla? It depends.

If you use Superchargers (480-volt vehicle charging stations), you’ll be able to recharge the battery to 80% within 40 minutes.

On the other hand, home chargers will take much more of your time. If you use the NEMA 5-15 charger, you’ll add 3 miles of range per hour of charging. However, charging the battery with this charger might take 4–8 days.

NEMA 14–50 chargers take 9–22 hours of charging, while wall connectors will charge the vehicle’s battery within 6–15 hours.

Exactly how much does it cost to charge a Tesla? Well, since you don’t spend your money on gas, the cost will be based on electricity expenses. In other words, you’ll pay $0.13 per kWh for an 85% charging efficiency or $15.29 for a full charge.

Charging your vehicle can even be cheaper by 35% if you use a home solar power system.

33. A Tesla battery comes with an 8-year warranty.

Nevertheless, it can last for longer, and the degradation won’t happen at once. According to the latest Tesla statistics, the average Tesla car battery can reach about 500,000 miles before giving out.

Developed by a third party, the TeslaFi app provides detailed insight, much to the delight of Tesla enthusiasts around the world.

Namely, the dedicated Tesla statistics app — which boasts features like real-time location, cabin temperature, and speed — is nowhere near as detailed as this third-party app.

What percentage of the market does Tesla have?

In terms of global EV sales, as of 2021, Tesla has a solid 14% market share. There is a considerable lead over other automotive giants, such as Volkswagen Group and General Motors.

When it comes to the US, Tesla has a 72% of the EV market share.

How many Tesla’s have been sold in total?

By the end of 2021, Tesla sold more than 2.3 million electric vehicles.

In addition, the one-millionth car was a Model Y. Meaning, Elon Musk’s company is the first EV manufacturer to reach the millionth sales mark. Nissan — the Japanese giant — reached only half a million.

After a turbulent period and drops in sales and deliveries, Tesla finished the year successfully, with a new record- a stock price of over $400 per share.

How many Tesla crashes have been associated with fatal outcomes?

The total number of deaths linked to Tesla EVs amounts to 237 (since 2013), while there are twelve deaths associated with Tesla’s Autopilot so far.

How many Teslas have burned?

Moreover, the mentioned data is based on all types of car fires, from fires caused by structure and arson to other things unrelated to the vehicle.

Tesla’s up-shooting trajectory is nothing short of a miracle.

Becoming an industry leader in the world of automobiles in any given segment is a huge achievement. Yet, Tesla pulled this off and left its competition in the dust (even though some of them have over a century of industry experience).

Truly, these Tesla statistics speak for themselves and show a promising future for this car manufacturer, which will most likely play a vital role in the transformation of the automotive industry and the transition from fossil fuels to clean energy. 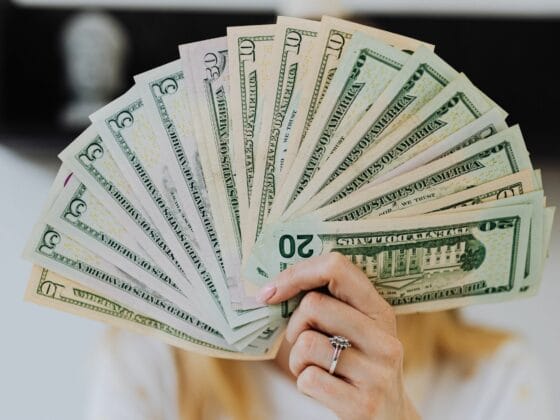 How Much Is a Six Figure Salary: All You Need to Know 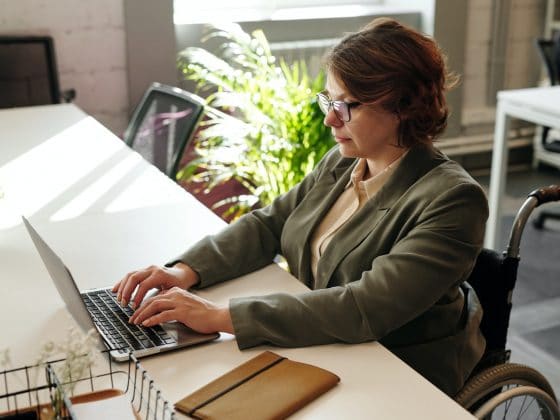 7 Best Online Bookkeeping Services for Your Business in 2022