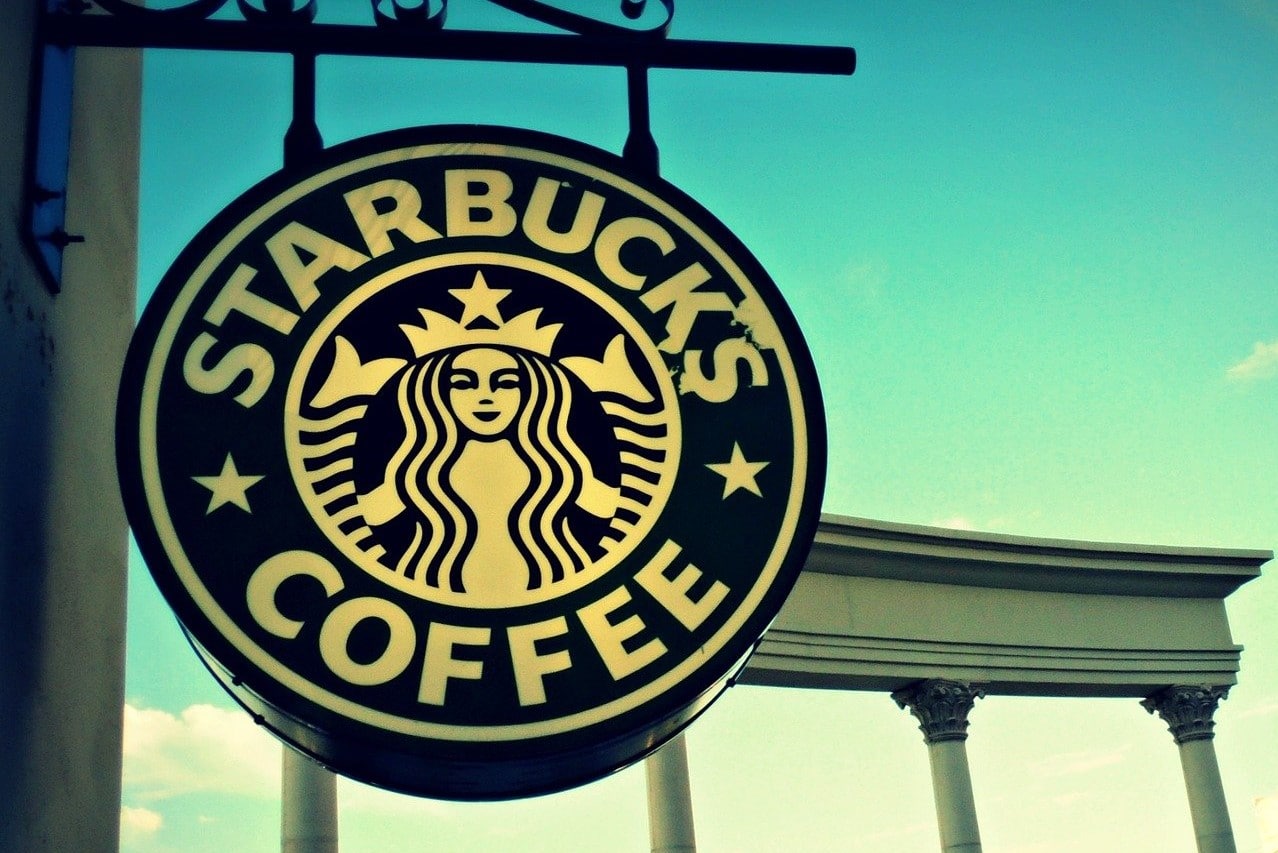 There’s something irresistible about having a Starbucks coffee on any day of the week, regardless of how pricey it may be. But how much do we actually know about the company we so often turn to for such tasty pleasures? These Starbucks statistics will help you get acquainted with the global franchise more and educate you further about the story behind every cup of coffee you get.

You might even learn what makes Starbucks so popular and pricey, as well as how to knock off a buck or two off your next order!

Top 10 Facts and Starbucks Statistics for 2021

Learn more about one of the biggest companies in the world. How many stores does it have, and who are its competitors?

This comes as no surprise since China and the US were trade partners until 2019.

That’s right. Starbucks is the world’s largest coffee shop. The most recent data shows us that there are 32,660 Starbucks stores in the world. Starbucks statistics confirm the US and China have the highest number of stores, compared to the rest of the world.

Be that as it may, the company announced that by the end of 2021, the plan is to close 400 company-owned locations due to coronavirus and changes in consumer demands.

3. With a whopping $47.753 billion, Starbucks has the second most valuable brand of fast service restaurants in 2020.

McDonald’s is the world’s most valuable quick-service restaurant. Therefore, it is one of the most formidable Starbucks competitors, with a value of $129.321 billion.

4. China has the second most Starbucks stores worldwide as of 2020.

As of September 2020, the US is the world leader by the number of Starbucks stores, with 15,328 stores across the country.

Japan comes in third with 1,464. The Philippines ranks 12th with only 396 licensed stores.

5. One of the most encouraging Starbucks facts is that the brand has 100% pay equity among genders (in the US).

According to the 2020 stats found on the official website, the company prides itself on its male and female employees being paid equally.

However, there’s a slight gap on a global level, where female Starbucks employees have a 1.7% lower salary compared to men.

On that note, 26.9% of their employees are Latinx or Hispanic, whereas 8% are Black.

5.5% are Asian, while another 4.7% are multiracial. Finally, 0.6% are American Indian or Alaskan Native, and 0.6% are Native Hawaiian (or Other Pacific Islander).

How big is the company’s revenue?

7. Starbucks shares may have experienced a 40% plummet at some point due to the pandemic, but the company’s already recovering.

Starbucks shares plummeted by more than 30% in 2020 due to the pandemic, but investors shouldn’t be discouraged.

The shares eventually went down by 13% in August, marking a significant recovery from the initial 30% drop in mid-March. Quite a warning to investors to keep a close watch on stock markets in 2021.

The company underwent a steady revenue growth from 2005. That year, they had a revenue of $6,369 million, and just three years later, this number went up to $10,383 million.

Much like the rest of the coffee and hospitality industry, Starbucks revenue has been seriously affected by COVID-19, and it shows in reports. Its 2020 annual revenue was $23.518 billion. A bit higher than its income in 2017 ($22.387 billion).

The year 2011 is marked by their lowest advertising costs within the given 10-year period—$141.4 million.

11. In 2019, Starbucks had a market share of 40%, significantly surpassing its competitors.

Coffee chains dominate the American coffee market. Around 78% of all coffee shops in the US are owned by Dunkin’, JAB brand, and, of course, Starbucks.

12. Starbucks is opening 50 new stores in 2021 despite the coronavirus pandemic.

In the first half of 2019, they were at 30,184 stores in total. This is a 7% greater Starbucks growth rate compared to 2018. However, it should be mentioned that 94% of these new stores were outside of the United States.

The year 2020 and COVID-19 brought news of closing down 400 Starbucks shops in the US, as the population avoids waiting in long lines and prefers deliveries (not to mention losing the purchasing power and turning to find low-score credit cards).

Still, Starbucks is planning to open 850 shops overall, which is a 50 stores surplus. This time, the coffee giant will be focusing on suburban areas instead of downtown office regions.

13. According to Starbucks sales statistics, 60% of its revenue in 2019 came from beverages.

Not all Starbucks sales come from beverages. In fact, based on the 2019 data, foods (i.e. pastries and confections) made up 18% of the total amount, while another 8% came from the sales of packaged coffee and tea.

14. Starbucks revenue by country and region shows America generates the majority of the company’s income.

The statistics imply that in 2019, the company managed to generate a total of $26.52 billion in revenue. America was the leader in revenues in 2019 and in the years before.

Who are Starbucks’s primary customers?

It’s simple—people with more money will want to spend more on the finest coffee. Well-off neighborhoods will, therefore, have a Starbucks nearby.

However, middle-income neighborhoods will also get a Starbucks simply because they are likely to treat themselves regardless of not wanting to spend big amounts of money every day.

16. The company recorded an ACSI score of 78 in the US, Starbucks statistics for 2020 indicate.

The ACSI score represents customer satisfaction on a scale of 0 to 100. Starbucks has had a pretty high satisfaction score in the US ever since it opened. The lowest it ever got was 74 in 2015. The highest was 80 in 2011 and 2013.

Starbucks mobile app statistics for 2020 show that the fourth fiscal quarter was a record-breaker for mobile app orders.

18. About 37.8 million Americans per day visited Starbucks before coronavirus.

Starbucks customers per day in 2020 were lower due to the coronavirus crisis. The company introduced preventive measures, which include mandatory facial coverings and social distancing.

19. Starbucks offers more than 87,000 drink combinations to its customers.

Simply put, you’ll be able to try all combinations if you drink about 238 cups per year, i.e., 19 new cups per month.

Many people use Starbucks as a mini-office. It’s been that way since 2002 when the shops started offering Wi-Fi too.

Moreover, the company focuses on sustainable coffee growing. It works on reducing its carbon footprint and has been complying with green standards for 26 years (since 1995).

What was the impact of the pandemic?

When it comes to long-term investments, the company has a new revenue-boosting strategy. Doubling the number of cold drinks and adding artificial intelligence in the drive-thru lanes.

In addition to that, Starbucks plans to build new stores in the format of urban cafes (no seats) and double the number of suburbian drive-thru lanes.

23. Starbucks statistics show the company lost about $915 million because of the pandemic.

Coronavirus left a profound impact on the company. According to the data, in April 2020, the company lost 25% of store sales.

Likewise, Starbucks’ Americas segment lost about $450 million due to the lockdown, restricted sales, shortened working hours, and a smaller number of customers.

How did Starbucks become one of the biggest companies in the world?

24. The company got the name after a character from Moby Dick.

Starbucks was the first mate in Melville’s literary classic. All three founders were inspired by the novel so they decided that was the perfect name for their new store.

Like most franchises, Starbucks started as a small coffee shop in Seattle, a perfect example of a small business. The founders—Jerry Baldwin, Zev Siegl, and Gordon Bowker—needed to invest and borrow money to make their dream a reality.

One of the most obvious Starbucks facts is that their passion for coffee and tea inspired them to bring Starbucks to life.

26. The founders didn’t want Starbucks to become a café that sells cappuccinos and espressos.

When their then head of marketing, now owner, Howard Schultz, suggested that Starbucks expand their menu after a trip to Italy, the founders declined. So, Shultz opened his own café and modeled it after Italian ones.

This attitude and business model helped him set Starbucks on its course to become what it is today when he later purchased the company from Baldwin and Bowker.

27. Fun facts about Starbucks: Frappuccino blends were introduced in 1995.

This may be the year Shultz’s vision started becoming reality. Just a year after that, Starbucks began selling bottled Frappuccinos in North America. In 1998, the company extended further by introducing its brand to grocery stores.

28. Despite being a franchise, the Starbucks ethical sourcing program is changing the whole coffee industry for the better.

Another one of the encouraging facts about Starbucks is that the Coffee and Farmer Equity (C.A.F.E.) Practices program (developed 20 years ago) has become more well-known thanks to this brand.

In fact, they’re the ones who first collaborated with Conservation International to develop C.A.F.E. standards.

29. The unhealthiest drink at Starbucks contains 85 grams of sugar and 510 calories.

Best stick to tea and regular brewed coffee if you want to avoid a sugar overload.

Admittedly, the salaries vary from area to area. For example, the lowest pay rate is $8.95 per hour, the median salary is $10.73, and the highest rate is $13.98 per hour. On a related note, these numbers are almost identical to the average barista hourly pay in the US ($10.80).

How many Starbucks in the world are there in 2021?

Starbucks currently has 32,938 stores globally, out of which most company-operated and licensed stores are based in the US (15,328 US Starbucks stores in total). On that note, at the beginning of 2021, Starbucks opened 278 new stores despite the pandemic.

How many Starbucks are there in the US in 2019?

Which state has the most Starbucks?

What state does not have a Starbucks?

There are four US territories without any Starbucks stores at all, and they include Northern Mariana Islands, Guam, American Samoa (although Starbucks is planning to open a store in Samoa), and US Virgin Islands.

Although Starbucks can be found in all the other states, not all of them have such a high number of locations as California.

More particularly, Vermont might be the state with the fewest Starbucks locations—8, followed by North Dakota (13), Wyoming (23), West Virginia (25), and Delaware (25).

What’s the cheapest item at Starbucks?

Is Starbucks the biggest coffee company in the world?

Other well-known companies with smaller revenues are Hortons, the biggest restaurant chain in Canada, and Panera Bread, a bakery company from Missouri. Lavazza is also on the list, as one of the oldest coffee brands from Italy, and so is the UK’s Costa Coffee, the coffee chain that pioneered coffee delivery by drone.

What is the busiest Starbucks in the world?

Chicago has the largest Starbucks location in the world (35,000 square feet). It’s built on five floors (plus a rooftop bar) and it can be found on the corner of Michigan Avenue and Erie Street.

How many employees does Starbucks have?

The total number of employees in 2020 was 349,000. The company is headquartered in Seattle, WA, and its current CEO is Kevin Johnson.

It’s evident that Starbucks’ popularity isn’t going anywhere judging by the resilience of the company even through tough times such as the coronavirus pandemic. Though they may receive some backlash for being so mainstream, there’s nothing wrong with enjoying a good cup of coffee from a global brand.

These Starbucks statistics are here to show you what you’re putting your money toward and help you enjoy your next order even more. 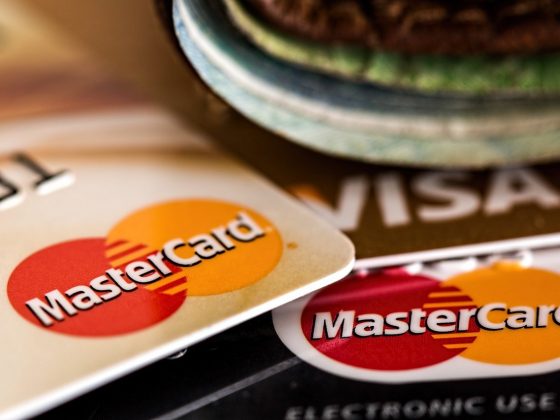