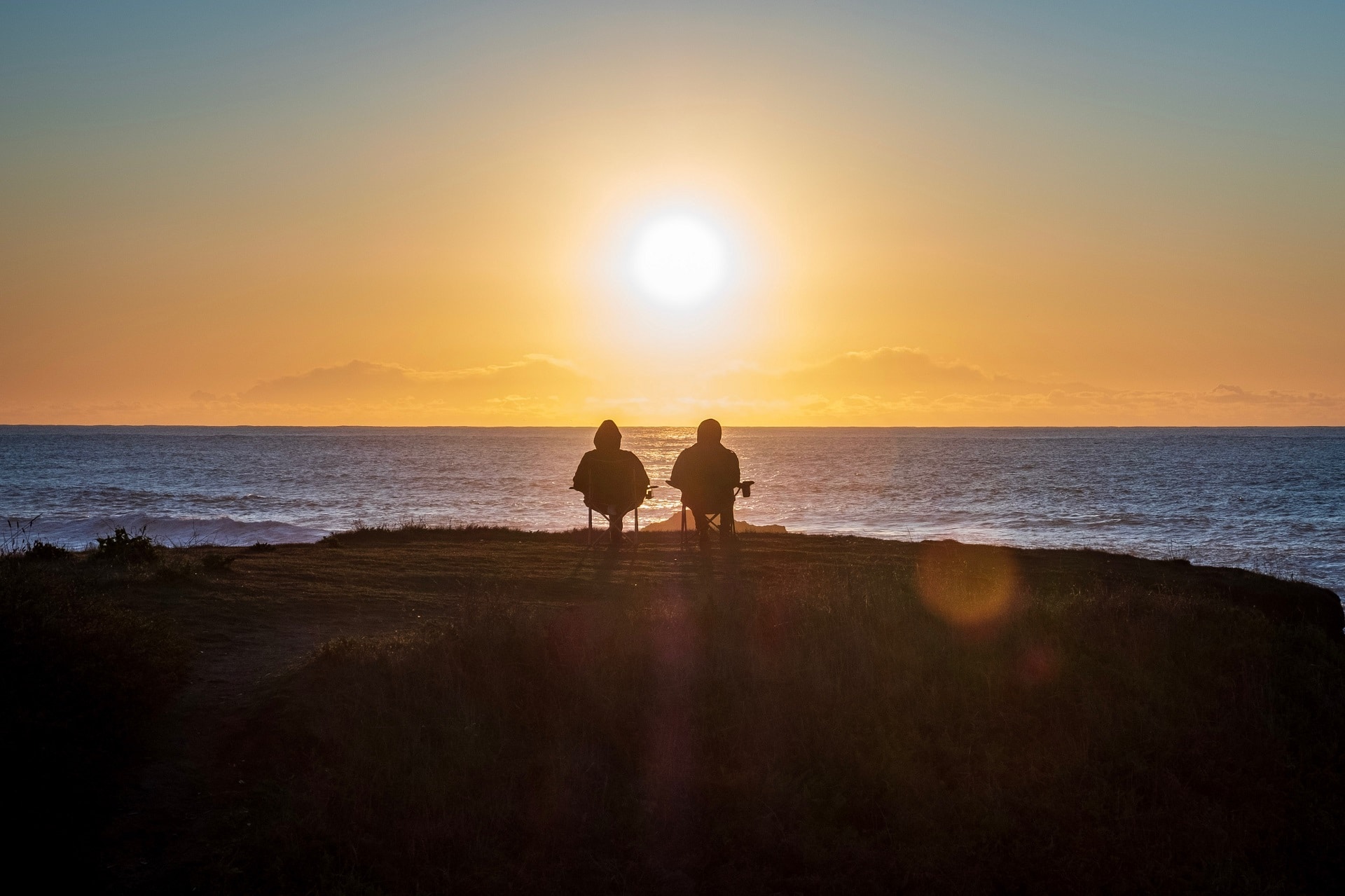 22+ Retirement Statistics & Facts You Must Know on Time

No matter whether you have a retirement plan or not, our retirement statistics are going to do you good. They may even shock you and show you that you’re on route to experience a real retirement crisis, or perhaps they’ll prove that you’re on the right track with your savings for retirement. They say it’s never too early to save for retirement, and we couldn’t agree more. That doesn’t mean you should strip yourself of some pleasures that you relish so much. It simply means you should get some knowledge about how much is enough to save, what options are out there, what baby boomers are up to, or if it’s a good idea to work during your retirement.

Here are the most vital stats to remember:

Now, let’s see this in greater detail, as well as some practical advice.

Get to Know Basic Retirement Facts

1. Once you retire, you have about 20 years left to live, on average, according to government estimates.

2. 71% of employers believe their employees meet all the conditions for a good retirement.

However, there’s a general discrepancy with the employees’ own opinion, as fewer of them (64%) believe they will have enough to maintain a comfortable lifestyle.

3. Military retirement statistics point to a relatively slight increase in the upcoming years.

Everything looks nice and steady when you look at the graph depicting the increase in military retirees. Hence, there should be about 2.21 million ex-soldiers by 2030.

Currently, in 2020, there are about 2.18 million retired military personnel.

4. Only 28% of big companies guaranteed health benefits to their retirees in 2019.

The surveyed firms have 200 or more employees. In a similar fashion, retirement statistics regarding healthcare show that 20% of the retired are “very sure” they are going to have enough money to cover their medical expenses.

5. Social security benefits can be collected the moment you turn 62, but that’s not the best decision.

If you do that, you’ll get 25% less of the monthly amount that you were supposed to get.

On the other hand, should you decide to claim social security benefits when you turn 70, this will grant you an extra 8% per year, contributing to favorable retirement income statistics.

That’s a pretty neat sum when you do the math. In addition, that will continue for the remainder of your life! Therefore, patience is key.

6. One in three retirees is indebted.

However, it’s not just their poor money management that is in question. Apart from mortgages, credit cards, and car loans, retirees are paying off the debts of their children, and even grandkids. These are usually student loans.

This is the household income. One part of it comes from Social Security, which in 2018 paid out around $1 trillion. Conversely, a retired household spent about $46,000 per year.

8. 80% of retirees-to-be believe they will continue working even when they retire.

Nevertheless, they do the exact opposite! Only 28% of them actually continue working for a monthly paycheck.

The reasons for this vary. It might be just that they truly start enjoying their retirement days and have enough means to live comfortably, or that the age and health issues prevent them from realizing their intention.

Though, what we do know is that they don’t add up too much to freelance statistics.

9. Retirement facts for 2019 state two-thirds of the employed agree their knowledge about retirement is scarce.

This comes as no surprise as the majority also ends up with less money than they originally hoped would be sufficient for a comfortable life.

Even worse, 30% of the workforce admits they are not familiar with asset allocation at all — hence why they should start with something easy like some credit card statistics at the very least.

10. Retirement saving statistics would be better if everyone checked their retirement investments once a year.

Why should we check up on our retirement funds? Because our needs, and the amount we ought to invest, changes with age, as well as our income.

The more you earn, the more you should make use of that money, and we’re not talking expensive lunches or big holidays. See if you can invest that money wisely, be it your retirement fund, savings account, or buying stocks.

Statistics on Retirement Savings in America

11. 20% of workers have no idea how US retirement funds work or where the retirement money is invested.

If this is indeed the case with you, that means you could be working for less than your colleagues! How is this possible?

For instance, if your employer can match your contributions to 401(k), and you’re not taking that chance, you’re basically passing on money that is rightfully yours.

12. Fun facts about retirement and gender: only 68% of women save for retirement, compared to 81% of men.

Female workers have fewer retirement savings than their male counterparts. About 7 in 10 women have a sound retirement plan (401(k) or similar), or they invest in mutual or personal accounts.

Women also tend to start saving later in life, at age 27. Men, on the other hand, start the process when they are 26 years old, on average.

That’s one statistic about retirement concerns where both genders are equally irresponsible. About 19% of both women and men (19% and 18.6%, respectively) have saved less than $10,000.

14. The vast majority of Americans put their trust into 401(k) plans when it comes to their retirement saving account.

50% of future retirees also use regular savings accounts for the purpose. Almost 40% are fans of IRA (39% like traditional IRAs, whereas 36% like Roth IRAs).

15. 401(k) and 403(b) are the most popular retirement savings plans because they are tax-free until you decide to withdraw them.

These two plans are preferred due to one more reason. You can opt for the traditional option, and bear no taxes on the amount of money put into the account, or you can pick the Roth option, which is vice versa — meaning, the money you withdraw is tax-free.

The downsides? The amount of money you can put into these two accounts is limited.

Baby Boomers do live in a fantasy world sometimes, as 60% of them believe they are perfectly capable of living comfortably with less than $55,000.

Finally, 14% are quite positive about the fact that they need over $75,000 to enjoy retirement.

This trend is supposed to go on ‘till 2030 when the last group of Baby Boomers turns 65. That’s 70,000 per week or about 280,000 on a monthly basis. This is the second-largest generation (millennials come first).

Unfortunately, the average Boomer is looking forward to living off of Social Security benefits.

18. 45% of Boomers don’t possess any retirement savings, which is an alarming retirement statistic.

60 years old and no retirement savings? Indeed, it’s true for some. That doesn’t mean the post-war generation has never saved for retirement.

One in five Boomers admits they have saved for retirement, but the funds disappeared at some point. Personal finance statistics say you should always have at least $2,000 for emergencies, so with better education, this scenario could have been avoided.

19. 45% of Boomers feel it’s acceptable to enter your retirement indebted.

Somewhat surprisingly, that’s a higher percentage and a more relaxed attitude compared to other generations! Only 37% of Millennials agree with this opinion, while 40% of their parents think it’s OK to be retired and still pay off debts.

There were 34 million retired Boomers in total in 2019, and the figure keeps rising. Yet, that does not necessarily mean a Baby Boomer will retire when they turn the right age.

One-third of Boomers are planning to retire when they’re 70, or perhaps avoid retirement fully.

21. 20% of Boomers have managed to save over $500,000 for their retirement, whereas 14% don’t have any idea on how much they’ve saved thus far, according to the latest retirement savings statistics for 2019.

22. Retirement crisis facts say 58% of retired people rely on downsizing or living on Social Security income if they run out of money.

37% would return to work for extra cash, and only 6% would turn to their children for help.

Moreover, those who postponed retirement and are 67–72 years old lived to regret it. One-third of them wish they had retired on time, and saved more, too.

How much should I have saved for retirement by age 60?

The answer depends largely on how much you wish to spend during your retirement. Certainly, holidays in Europe require above average retirement savings.

For the most part, though, it is said you ought to have saved between seven and nine times the desired income in savings.

How much does the average person have when they retire?

As you have seen from our saving statistics on retirement, the majority saves for retirement on several accounts. The exact amount also varies depending on the age (remember how much you lose if you dig into savings too early)

Nevertheless, the general opinion of different analysts and experts would be that most Americans do not have enough funds when they retire.

What is the average retirement income for 2019?

If we want to stay true (as always), we’ll just have to say that the exact figure is not known yet. The most recent data available was compiled in 2018 and the data used was from 2017, naturally. Long story short, the latest figures tell us this:

The first figure is taken as a more realistic one by experts.

We believe we’ve painted a clear picture of average retirement savings statistics. As you can see, they’re not that great, despite the fact it’s 2020 and a lot of financial facts are available to us.

If you haven’t already, do take the above-mentioned stats as a wake-up call and work on bettering your status. Now that you know how much an average retired household spends, you should realize what percentage to save for retirement. On the other hand, these stats could also have been an indicator that you’re on the right track.

If your figures surpass the above-mentioned retirement statistics when it comes to savings and income, feel free to share some advice with us in the comments down below!