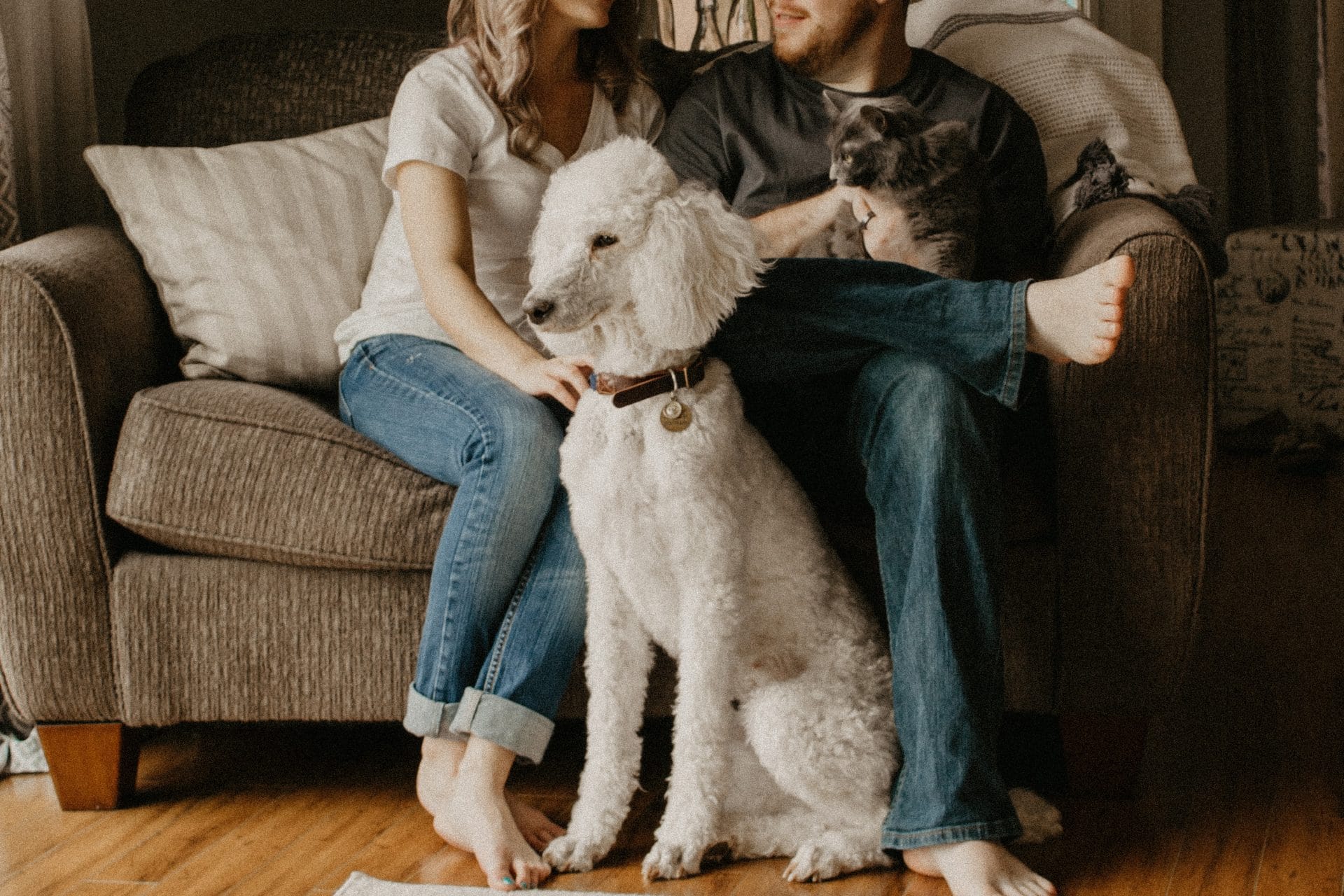 To modern-day humans, pets have become fully-fledged family members. Hence, it’s no wonder then that US pet ownership statistics show a huge surge in pet expenses. Owning a pet is nothing less than rewarding, yet it comes at a great cost. So, think twice before adopting an animal or bringing it as a gift to someone’s house-warming party.

In this article, we’ll present to you some of the most crucial pet spending statistics to help you decide whether or not you should embark on an adorable little adventure called — pet ownership.

1. According to projections, the global pet market expenses will exceed $269.9 billion by 2025.

For one, an increasing number of people is paying more for their pets’ insurance due to veterinary services getting more expensive, pet industry statistics reveal. Moreover, the demand for expensive animal services, such as mobile grooming, is increasing rapidly.

In addition to that, the internet abounds with online pet shops, contributing to pet spending even further.

As stores have especially benefited from the convenience of online sales, expanding the market share and the number of faithful customers quite considerably, the pet spending market is projected to look like this in 2020:

3. Pet ownership statistics by state indicate that Delaware pet owners are investing in their pets the most.

Each year, US citizens spend $1,514.28 on their animal friends. However, the figures vary drastically when we look at the expenses state by state. At an annual average of $3,742.80, it is clear that Delaware pet owners are the most generous towards their beloved pets.

On the other hand, Idaho owners turn out to be the thriftiest ones, with an average pet expense of just $240 per year.

Europe is one of the leading pet food industries on the planet, seeing how it sold the largest amount of cat and dog food back in 2019.

For instance, German exports from the previous year are estimated to be at $9.8 billion, making Germany the second largest pet food exporter in the world!

5. According to pet ownership statistics from 2019, cat owners make the greatest share of the European pet owner market (35.9%), followed by dog owners (29.4%).

The increase in the number of cat owners could be explained by the continuous growth of the aging cat population. Meaning, for the time being, the best-selling pet food is none other than cat food, whereas the sales of dog, bird, and fish food have reportedly been dropping.

6. Routine veterinary care will probably cost you at least $200 to $300 annually when it comes to dogs.

Regular vet check-ups are not to be avoided if you plan on keeping your dog both happy and healthy. Apart from this, there are also additional expenses to keep in mind.

For instance, there are preventive laboratory tests which usually cost owners somewhere between $100 and $300, as well as dental cleanings, which range from $300 to $800. While such spending is not mandatory for each and every year, they’re still highly recommended procedures for preventing serious dental diseases.

7. The most expensive dog breed to care for is the Afghan Hound, pet industry statistics from 2019 indicate.

This beautiful dog breed has a life expectancy of around 10–14 years, but due to their genetic predisposition for certain illnesses, such as thyroid gland disorders and cataracts, they could potentially become too expensive to care for, with therapies costing well up to $3000.

8. Cats are known for being low-maintenance, with an annual total of just $162.

(WWW All About Cats)

If we look at the average monthly pet care costs, cats are kings.

According to estimates, the average owner spends $277 on kitten supplies, but for each year that follows, the owner will spend merely $162 on average.

Nevertheless, regular veterinary check-ups even when the cat is not showing the symptoms of an illness, top-notch food, and some toys would add several hundred dollars to the annual pet spending.

9. As far as healthcare is concerned, hamsters are some of the most budget-friendly pets around.

(We’re All About Pets)

You can buy a hamster at an affordable price of just $10 to $20. However, you will need a decent cage right away, and you can expect it to cost anywhere between $30 and $75.

Still, unlike most other pets, you won’t have to vaccinate your hamster, take him to the vet, conduct dental check-ups, or parasite treatment, etc., which will keep your personal finances in check.

When it comes to spending on pets, in the US, rabbits require a small fortune (believe it or not). You can expect to invest anywhere between $220 and $700 on the bunny itself, the necessary supplies (a cage), as well as some basic pet accessories.

In case you also opt for spaying/neutering the bunny, that will require an additional $250. Later on, you can expect reasonable monthly costs — anywhere between $50 and $100.

11. Monthly pet expenses for horse owners are astronomical (to say the least).

The bare minimum an owner must set aside for average monthly pet expenses when a horse is concerned is around $200 (up to $325). The cost of the food itself accounts for almost ⅓ to ½ of the money spent by horse owners, yet there are many other expenses to think of, such as barn maintenance and veterinary care costs, which are drastically higher than those of small pets.

The price of reptiles varies based on factors such as species or age, yet according to recent pet industry statistics, the purchase price of a lizard doesn’t exceed $150; in fact, there are even those that cost merely $15.

As for snakes, reportedly, the most expensive reptile in the world is the silver-eyed Green Tree Python, with the outrageous purchase price of $414,000!

13. US pet ownership statistics denote that during the very first year of owning a tarantula, the owner is likely to spend anywhere between $​105 and $​325.

The years that follow are usually cheaper and require just $30–$90 a year. So, what is it that makes the first year the most expensive? To begin with, it’s the purchase price of a tarantula, which can vary from $20 to $150. Moreover, you require a terrarium straight away, and owners have to pay around $30 to $150 for it.

14. $350 is the annual cost of keeping an iguana, pet spending statistics show.

Iguanas require commitment and care as any other pet, and the expenses are not negligible. Most probably you will have to pay $100 to $125 for its annual veterinary care; $50 to $100 for different kinds of supplies; and $50 to $100 for food. Speaking of which, some experts recommend feeding iguanas solely with plant leaves, which could considerably save money, compared to canned food.

15. Some good news — pet industry statistics reveal the purchase price of a small aquatic turtle to be as low as $20.

However, there are also terrestrial turtles, which are much larger in size, whose price varies between $30 and $100, based on the species. Yet, like with any other pet, annual veterinarian check-ups are highly beneficial and usually require an additional fee.

Additional Pet Expenses You Didn’t Even Think Of

According to a survey on pet industry statistics and trends from 2018, pet-sitting made over $440 million in revenue. These figures reveal just how prosperous pet-sitting really is and the great demand that there is for it.

17. 60% of millennials state that they either buy or would buy pet apparel.

Recent pet clothing industry statistics indicate an increase in spending on new pet apparel. In 2018, Prosper Insights conducted a survey on buying pet costumes and claimed that 31.3 million Americans planned on dressing up their pets for Halloween. Out of all social groups, millennials (those aged 25–34) were most keen on doing so.

18. Statistics on average pet boarding costs estimate that dog boarding will cost you around $30–$50 per night.

Having to go on a business trip all of a sudden and having no one to look after your pet is not uncommon. If you opt for such a service, you will most likely need it for more than just a single night (for a week of dog boarding you will probably have to pay around $150.

When it comes to pet-sitting costs, on average, a 40-minute walk costs between $18–$22 for just one dog, whereas longer walks (over 40 minutes) go anywhere between $22–$27; every additional dog will also cost you an extra $10.

20. Taking your pet on a faraway trip will cost you at least $100 (depending on the airline).

What’s more, you will have to pay the same price each time you bring your pet with you. So, be prepared to splash some cash if you opt for this option.

How much money do people spend on their pets annually?

A recent study that surveyed over 1,000 US pet owners revealed that people spend $1,514.28 on their pets’ needs per annum. Still, the expenses vary greatly, depending on the type of pet that you’re taking care of.

Overall, the pet industry in 2019 could be summed up via these pet costs:

How much money do dog owners spend on their dogs?

From$1,500 to $9,900 is spent on doggos per year. The pet humanization (anthropomorphism) trend is certainly aiding the sales. Interestingly, dog food outsells cat food 2:1.

Yet, buying dog food is not the most expensive part of owning a dog. Dog walking or boarding can eventually add up to a higher sum than pet food costs.

Who spends the most on their pets?

Interestingly, when it comes to gender-based pet expenses, men spend $1,643.88 per year on their pets. Conversely, women tend to spend $1,399.23 on their pets annually.

Speaking of annual consumer spending among different households, married couples are in the lead with $1,588.32, people without a partner follow suit with $1,544.76, and those sharing a household with a partner — $1,491.60.

How much money do pet owners spend on their pets?

US citizens spent $95.7 billion on their pets in 2019, and the figure was expected to follow the rising trend in 2020 as well, with an estimated expenditure of $99 billion.

Overall, Americans seem to be the biggest spenders when it comes to pet costs. For instance, one pet market analysis from 2017 claims US citizens spend on their animal companions the most, compared to the rest of the world. That year, expenses reached a whopping $72 billion, which exceeded the total GDP of 39 of the world’s poorest countries.

In the end, we must underline that owning a pet is a full-time responsibility; one that requires both emotional and financial investment. As per pet spending statistics, the costs over the lifespan of a single pet are plenty — hence why every present and future pet owner has to be aware of these facts to provide the best possible life for their beloved companion.

Sanela has always found pleasure in studying linguistics and the way language forms modern-day human interactions. As she pays great attention to detail, she’s especially fond of written language, a powerful tool that lets her shape her thoughts into words as precisely as possible. Apart from this passion, she’s a devoted researcher of a wide variety of topics, ranging from health to human relationships.