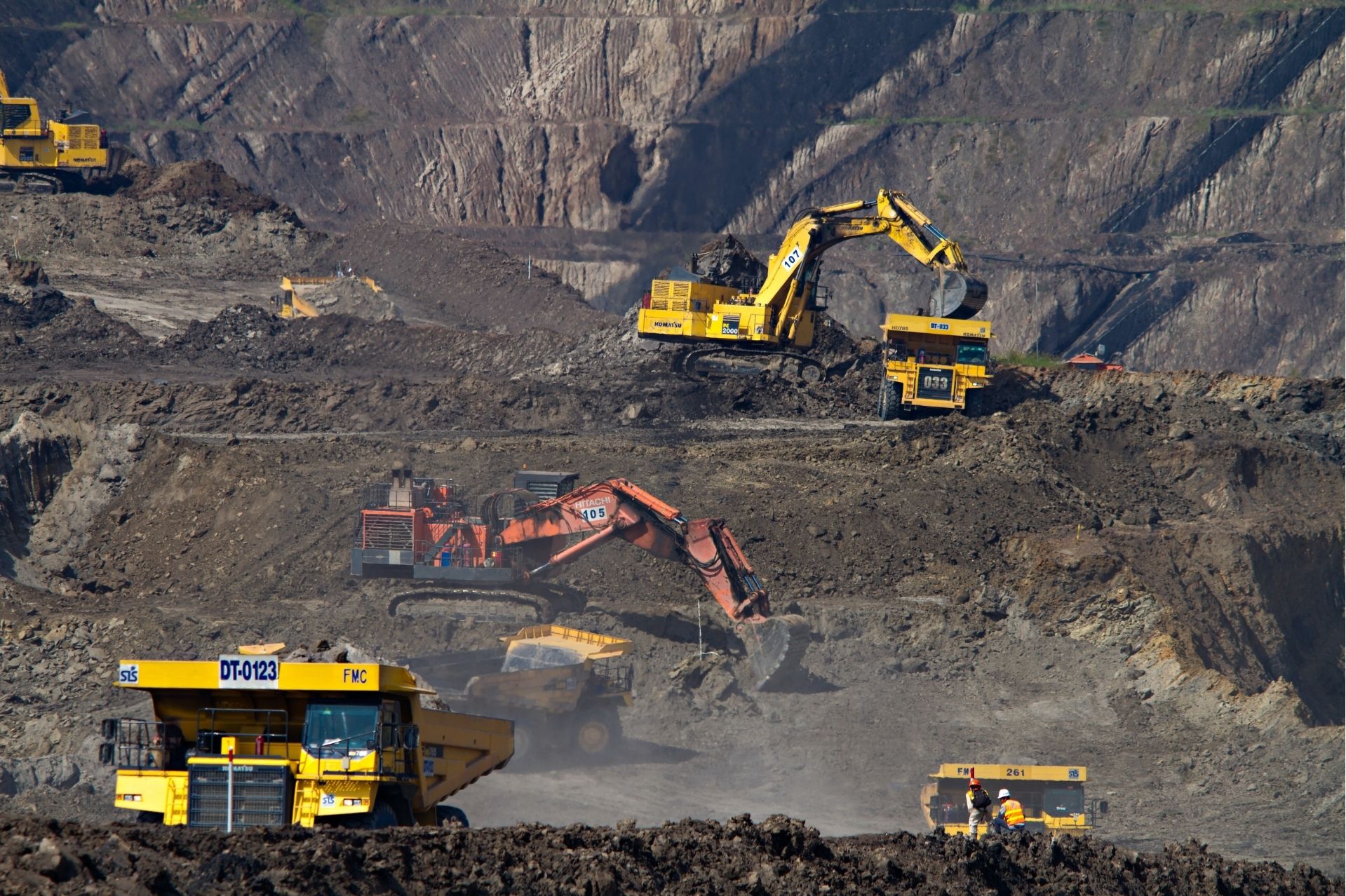 7 Trending Lithium Mining Stocks You Want to Invest In

It’s no wonder that more and more people are eyeing lithium mining stocks. Although not a precious metal, lithium has been in the spotlight for quite a while now due to increasing demands in the rapidly expanding battery market. Particularly in the manufacturing of new smartphone and electric vehicle batteries.

This article will provide a comprehensive overview of lithium stocks, explain where and how to buy them, and provide future stock market projections.

Why Lithium Is So Popular

First, let’s explain what lithium mining stocks are all about (besides colossal profit). Lithium follows the same basic principles of supply and demand as any other commodity, such as gold or palladium. However, what sets it apart from other commodities is that it can’t be invested directly since it isn’t traded on the stock market.

Instead, you invest in a lithium mining company stock and collect dividends.

The most common sources of lithium are spodumene mines and brine deposits primarily found in Australia and South America. And due to its short supply, it’s become the prime target of many stockbrokers. Add the growing demand for EV batteries, and you’ll soon realize what all the fuss is about.

Namely, based on current projections, the overall lithium market size will reach $8.2 billion by 2028. Likewise, the spodumene price increased by a stunning 478.3% in one year.

How to Invest in Lithium

You can invest in lithium through exchange-traded funds (ETFs) and by investing directly in lithium producers’ stocks. Nevertheless, seeing how this article is primarily about lithium stocks, we’ll focus on the latter.

Depending on your short- and long-term goals, you need to determine whether you’re a trader or an investor.

For instance, a person that purchases lithium battery stocks in the morning only to sell them in the afternoon is considered a trader. In contrast, an investor is someone who plays the long game and waits for months — even years — before selling off their assets. Investors with a keen sense of detail and extensive knowledge of lithium-producing companies do particularly well in this market.

Once you decide, you need to do a bit of homework. Read the latest industry news and familiarize yourself with current market trends. After that, you need to pick which company you ought to invest in, which is the topic of our next section.

This section will look at the top five lithium stocks you can invest in with high hopes of getting big returns.

Based in the US, Albemarle is one of the leading suppliers of lithium for EV batteries. Namely, it produces carbonate and hydroxide lithium from its brine and rock mining operations across multiple nations. In addition to that, the company also develops more than 100 lithium-based products in numerous industries.

Without a doubt, it’s one of the top US lithium stocks to look out for.

The Australian company is established in Brisbane and concentrates on lithium and similar mining operations in Argentina. Not only that, but Orocobre is also partnering up with Toyota Tsusho to enlarge their main project — the Olaroz Lithium Facility.

Currently, the facility produces approximately 17,000 tonnes of lithium carbonate per year. And there are also plans to build a new plant in Naraha, Japan, to raise lithium hydroxide production.

Orocobre made it on our top five lithium stocks list primarily due to its future market potential and ease of entry (affordable price).

Galaxy Resources Limited is yet another Australian mining company with lithium mines all across the globe, including Australia, Argentina, and Canada. Mineral prospecting and processing are its core activities, with lithium carbonate production being its main focus.

The brand behind these Australian lithium stocks is in charge of the enormous Mt Cattlin spodumene mine in Western Australia. Yet, the crown jewel of this company is most definitely the Sal de Vida lithium brine project, located in Argentina. This region provides over 60% of the world’s entire lithium production.

However, what sets Galaxy Resources apart from the rest (at least on our list) is their cheap lithium stocks.

Namely, Galaxy Resources’s current price per share is $5.28 as of April 2022, so you had better hurry up.

The Chilean chemical firm, Sociedad Qumica y Minera de Chile, is one of the world’s largest lithium producers. Founded in the late 1960s, the company has since increased in size, largely due to the country’s rich lithium deposits.

What’s more, due to the rapid growth of the EV sector, Sociedad Qumica y Minera de Chile expanded its lithium production to both carbonate and hydroxide. Likewise, the company gets its resources from the Salar de Atacama mine in the Atacama Desert (Northern Chile).

Plus, it’s worth mentioning that these top lithium mining stocks also benefit from the company’s potassium nitrate and iodine manufacturing, which significantly increases their value (and potential).

The US-based Livent Corp runs and owns a lithium hydroxide mine in Argentina. Yet, this company stands out from the crowd because it produces lithium for various products — from EV batteries to non-rechargeable batteries and pharmaceutical products.

Livent is one of Tesla Motors’ key lithium suppliers. Moreover, it became a minority owner of the lithium mining company Nemaska Lithium, which owns and operates a giant mine in Canada and is looking to expand across the Americas and the EU.

Lithium Stocks That Could Explode in 2022

In 2021, EV sales accounted for 8.3% of all light-vehicle sales worldwide, with over five million units sold. And according to experts, that figure could increase to 48% by 2030.

The lithium manufacturing industry is closely related to the EV market, one of the fastest-growing markets in recent years, with a CAGR of 22.6%.

According to current projections, the EV market will rise to over $800 billion by 2027, increasing the average lithium stocks price.

With that out of the way, let’s look at the two top contenders that could see a massive surge in stock prices over the next few years.

There are no surprises here, seeing how Albemarle is one of the industry leaders in overall lithium production — its annual 85,000 tonnes make it the second-largest lithium producer in terms of capacity.

The business, which has a market capitalization of $31 billion, operates mines in Nevada, Chile, and Australia. The third is the home of the world’s largest hard rock lithium deposit, where Albemarle holds an impressive 49% stake.

Now, if that doesn’t make it one of the best lithium stocks out there, then listen to this:

Panasonic, one of the leading EV battery producers globally — which accounts for nearly 70% of the entire EV battery market — is Albemarle’s biggest customer.

Albemarle reported an 11% increase in sales in Q3 of 2021, with no signs of slowing down. As a result, experts have dubbed it one of the best lithium stocks for 2021.

Not only that, but the company also gained approval back in 2018 to produce 145,000 metric tonnes of lithium carbonate per year for another 22 years, ending in 2043. In October, Albemarle also signed two new contracts in China concerning the production of battery-grade lithium carbonate at two new plants in 2022, each with a capacity of 50,000 tonnes.

The other prime candidate on our list of lithium stocks that could explode is the US-based Livent. Namely, this company has production facilities in the States, Argentina, China, the UK, and India.

Its flagship operation is in Argentina, where it runs a low-cost lithium mineral deposit focused on producing lithium hydroxide — a critical element in nickel-rich batteries.

According to most experts, the market share of nickel-rich batteries is expected to grow from merely 25% to 75% by 2030. This will triple Liven’ts market share before the decade is out, making it one of the best lithium stocks in 2022.

Couple this with a YOY revenue increase of 7%, and you begin to see the potential of this lithium mining behemoth.

Currently, Livent is looking to expand its hydroxide production (in Q3 2022) and lithium carbonate production (in Q1 2023). And seeing how global lithium reserves are currently in short supply, this expansion could bring substantial profit margins to the US company.

Last but not least, Lithium-ion batteries will remain dominant in the foreseeable future, according to market analysts, as the world shifts its reliance on fossil fuels to new sustainable (green) energy sources.

And that concludes our list of top lithium stocks!

As previously stated, EV batteries are just the tip of the iceberg, and we can expect even more demand for lithium (thanks to the advent of new, sustainable tech) in the coming years. Couple that with the already low supply of this precious resource, and you have a recipe for success (read: profit).

Overall, lithium stocks are an excellent long-term investment that could potentially overshadow the success of cryptocurrencies (namely Bitcoin) in the near future.

What are the best lithium mining stocks?

If you’re looking to make a long-term investment, either Albemarle (NYSE:ALB) or Livent (NYSE:LTHM) should be on top of your list. Namely, both companies are huge players in the current lithium market and have massive potential when growth is concerned.

Plus, judging how the world is becoming increasingly dependent on lithium batteries (most notably EV manufacturers), we can safely say that these two are here to stay.

Is lithium stock a good buy?

Yes, lithium has become quite the hot commodity these days, and rightfully so. Lithium is used in manufacturing EV batteries — a market that has seen a massive surge in recent years. Hence, it shouldn’t surprise that lithium stocks are also rising and will continue to do so in the coming years.

What are the top 5 lithium stocks?

If we had to make a top 5 list based on current market value, as well as potential, we’d include the following (in no particular order):

Who is the largest miner of lithium?

Other notable lithium mining stocks include: 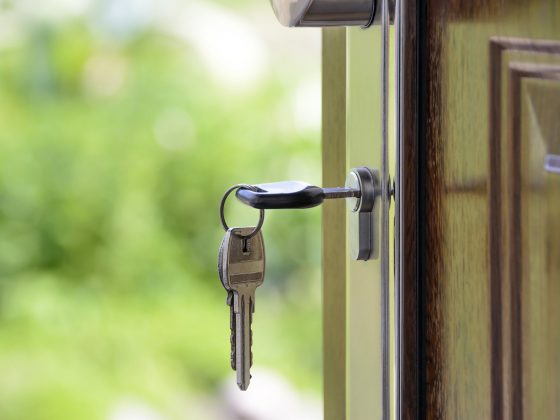 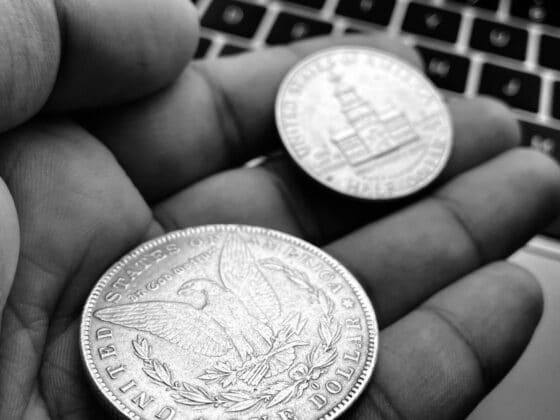