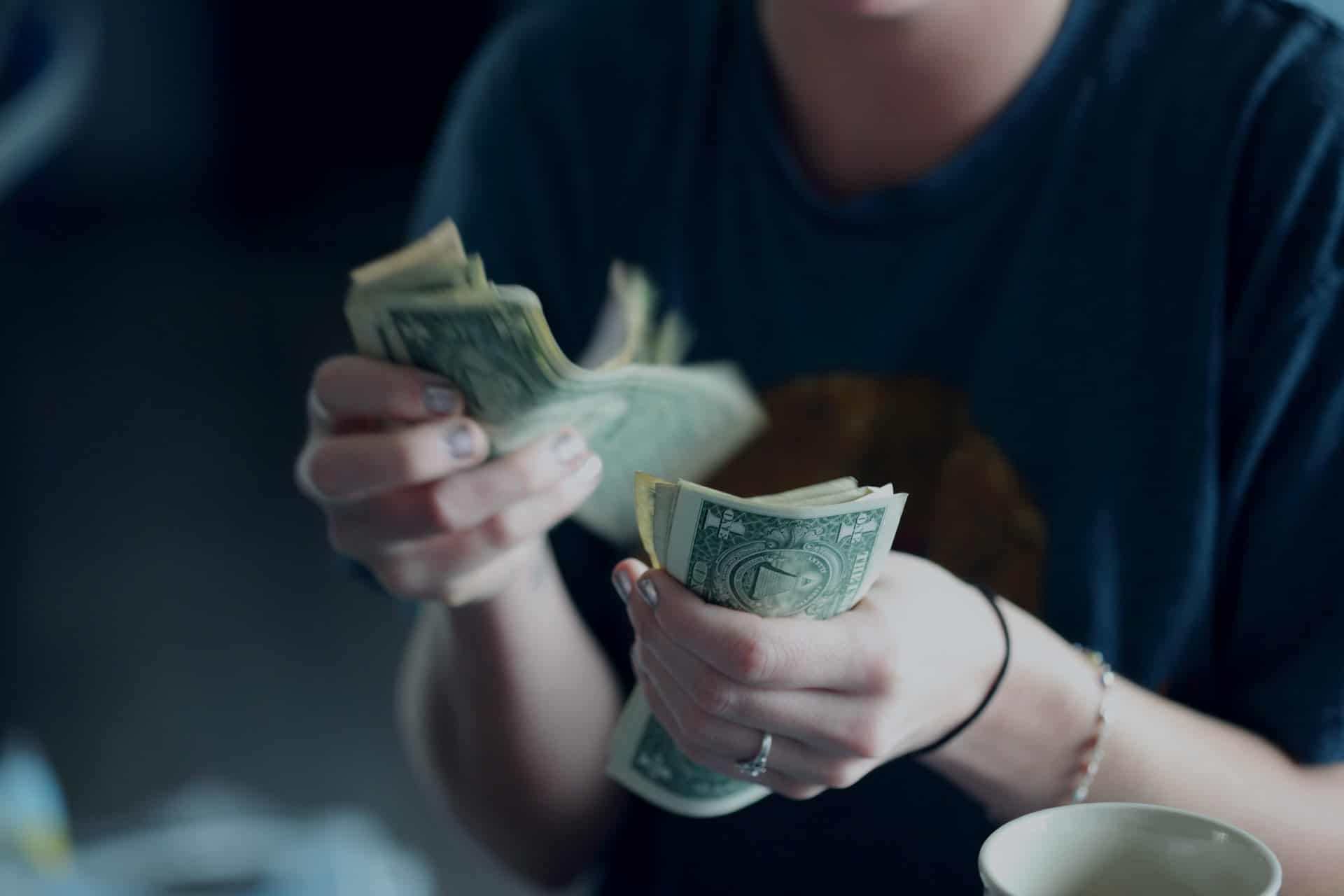 As you will see in these income statistics, the money we make on a weekly, monthly, even yearly basis has a profound effect on our lives. Nevertheless, our income is not just the product of our hard work. It’s also a combination of other factors, including our education, ethnicity, age, and gender.

This article will help you gain a much better understanding of the latest income trends in the US, pinpointing certain areas where improvement might be necessary.

But first, take a look at these fascinating income stats down below:

If you wish to gain more in-depth knowledge concerning this subject, just keep on reading!

How much do American households earn on average?

1. 49% of American households were negatively affected by the pandemic.

Interestingly, almost the same percentage of surveyed Americans, i.e., 45%, claimed that the pandemic didn’t negatively impact their households, whereas 6% had no answer.

On the other hand, in 2021, six US cities had a median income of over $250,000 — Atherton (California), Cherry Hills Village (Colorado), Winnetka (Illinois), Mission Hills (Kansas), Short Hills (New Jersey), and Scarsdale (New York).

3. $79,900 is the current estimated national average family income in the US.

The collected data for FY 2021 included all states except Guam, the US Virgin Islands, the Northern Marianas, and American Samoa.

Despite the Census Bureau’s primarily reported increase of 6.8%, the real numbers show us a different picture. Why? Because the data that Census Bureau collected for 2019 was gathered between February and April, right before the COVID outbreak.

In other words, how much the top 1% is earning is over two times bigger than the income of the top 5% of US households  .

Next, data on the U.S. income distribution in 2019 showed that:

11. Based on the income statistics by age, the median income for households is highest among 45–54-year-olds.

According to the most recent data, householders aged 45–54 have the highest median income of $90,359.

Which state/county has the highest median income?

12. The latest figures indicate Maryland has the highest median family income of all states — $94.384.

13. When it comes to the average income in California, the Golden State has a median household income of $78,672.

The median per capita income for the Golden State amounted to $38,576. Sadly, 11.5% of people are living in poverty.

14. San Francisco’s median income was higher than the national household income by $43,419.

In comparison, another county in California, Los Angeles, had a median income of $81,912, which was $9,465 lower than the state’s median income.

White and Asian households in Seattle had the highest median income, approximately $112,000, whereas Black families had a median income of $43,500. In contrast, Native American/Alaska Native households earned a mere $34,500.

17. Census income data suggest that Virginia has the wealthiest county in the US.

On the flip side, Dickenson is the poorest county in Virginia, with a median income of just $29,932 and a poverty rate of 25.7%.

The District of Columbia is a state that offers its workers the best salary and hour laws. Not only do employees have a right to recover 10% of their unpaid salaries, but they also get the highest minimum wage of $15.20 per hour.

On the other side of the spectrum, Georgia and Wyoming have the lowest minimum wage rates at $5.15 per hour.

Which country has the highest/lowest income?

19. Togo has the lowest household income in the world.

The average income for households in this West African nation amounts to merely $571. Other countries that have an extremely low household income also belong to the African continent.

20. Luxembourg is the country with the highest average household income in Europe.

Not only does Luxembourg have the highest income of $52,493, but the country also has a low unemployment rate and the highest GDP per capita ($119,719).

Likewise, UK income statistics reveal that the mean income grew by 6.2% over the same period (a 0.7% annual growth). The main reason for this was an increase in original income, such as private pensions or investments.

22. Retirement income statistics show the Netherlands has the best pension system in the world.

The Netherlands holds a score of 82.6 on the Global Pension Index. The Dutch owe their success to the retirement system that uses a semi-mandatory occupational pension and a flat-rate public pension.

Income Statistics By Race and Ethnicity

Which race/ethnic group in the US has the largest incomes?

Besides Asian, Caucasian households also had a relatively large median income, though some $20k lower —  $74,912.

On the other hand, Hispanic and Black families had the lowest median household income among all races of $55,321 and $45,870, respectively, due to higher unemployment rates and the lack of health insurance.

24. According to Indian American income statistics, this ethnic group has the highest average income for households —$123,700 per year.

Indians make more money than other Asian groups in the US. For example, Taiwanese and Filipinos have median family incomes of $97,129 and $95,000, respectively.

What is more, Indian Americans have a high percentage of college graduates (79%).

The gap between the annual household income between Black and White households amounts to approximately $29,000.

Moreover, unlike their White counterparts, Black Americans are less likely to become homeowners. Namely, merely 42% of Black families have their own homes, in contrast to 73% of White families.

Racial disparities can also be seen in gender and retirement account savings. For example, male vs. female income statistics suggest that Black men and women (those 55–64 years of age) hold $30,000 in savings, whereas White men and women hold $101,000 and $60,000, respectively.

During the same year, 20.3% of the Native Americans and Alaskan racial groups lived in poverty, while the unemployment rates reached 7.9%.

How did the pandemic affect the poverty rates in the US?

The poverty rate was highest among people without a college degree; it grew from 17% in June to 22.1% in November 2020.

Do higher incomes make people more satisfied with their job?

30. 60% of workers would prefer appreciation over a raise.

Most citizens aren’t purely motivated by the size of their wallets.

According to a recent survey, 60% of respondents said that recognition means more to them than getting a raise. As a result, merely 4% were interested in how often employers evaluate their employees for a raise or a cash bonus.

31. Anesthesiologists have the highest-paying jobs in the US.

Anesthesiologists make an average monthly income of $22,620, i.e., $271,440 per year, making them the highest-paid professionals in the US. In addition, 74% of anesthesiologist assistants are satisfied with their job, and 82% find their job to be meaningful.

Although dishwashers in the US have a mean hourly wage of $12.31, 40% claim to be satisfied with their job, whereas 29% believe their work is meaningful.

33. Men of all age groups have a higher median income than women.

Although men are more satisfied in their workplace by a mere 2% (69% vs. 67%), women are happier when working from home.

What percentage of Americans make over 100k?

What is the top 10 percent income?

To be in the top 10%, your household income percentile needs to reach $201,052. However, this will also depend on the state you live in.

On the other hand, in Wyoming, the gap between the median income and top 10% state income is the smallest — “merely” 202%.

What is the top 20 percent income?

To be in the richest 20% of American households, you need to earn more than $100,000 per year. Again, the number will be different for every state.

What does the top 5 percent make?

What percentage of US households earn more than 400k?

The figures speak for themselves, and according to the Census Bureau’s data, the average income has been steadily rising ever since the economic recession of 2009.

Nevertheless, when it comes to income statistics, most individuals have it harder than others. What’s more, inequalities between genders and races are also a lingering issue. It will take a few years (perhaps even decades) for things to balance out, judging by the current trends. 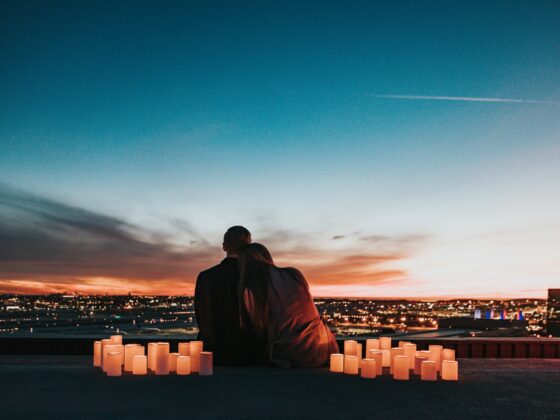