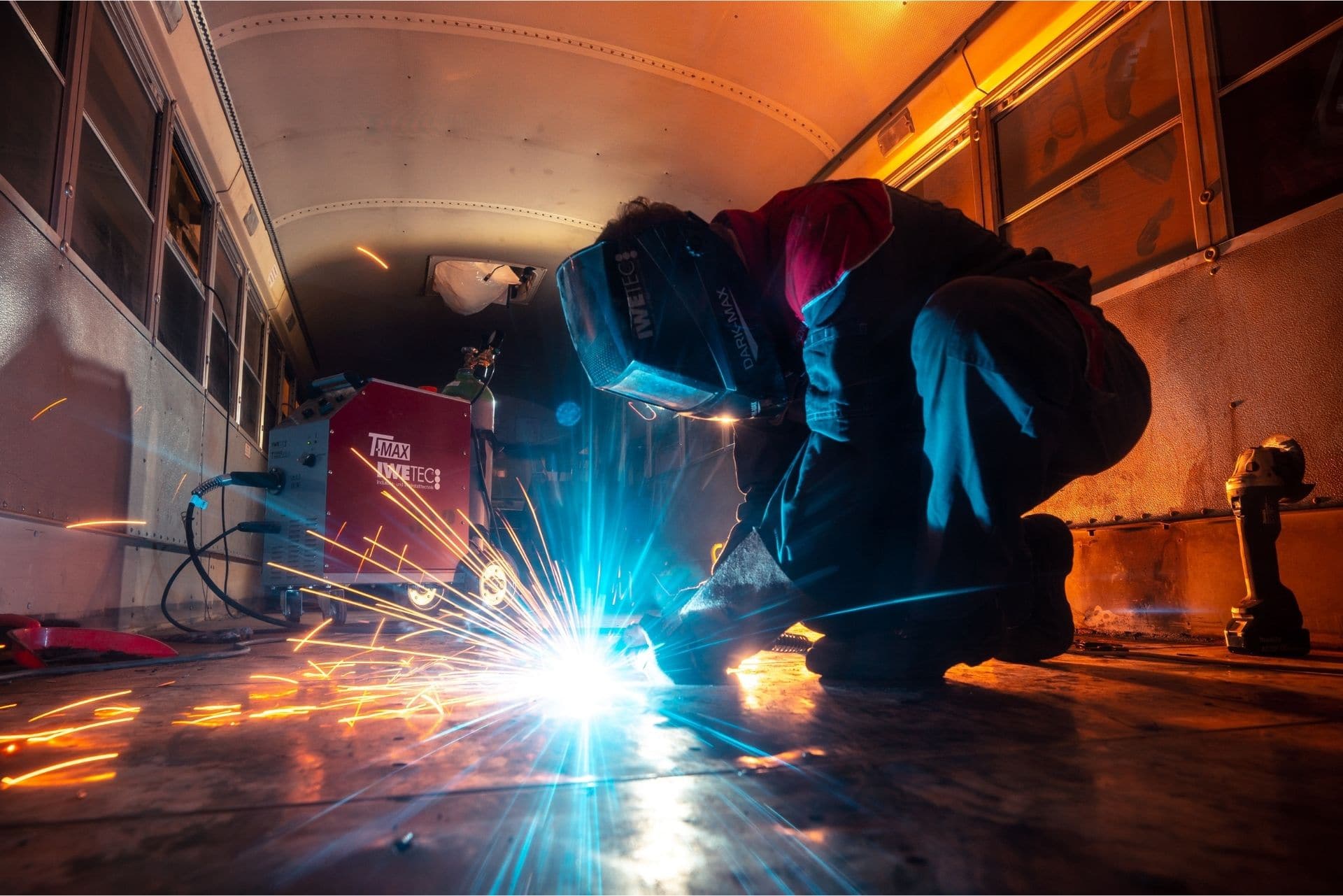 How Much Do Welders Make and Which State Pays the Most

One thing is for sure, welders are in high demand. But just how much do welders make? And what are the factors that influence wages for this profession?

In this short guide, we’ll take a look at the salaries welders can expect depending on their experience level and place of residence.

So, whether you’re thinking about becoming a welder or simply curious about the profession, read on for some interesting facts!

How Much Do Welders Make in the US?

As one of the most in-demand professions, welders can make a pretty penny depending on their skill level and experience. In fact, according to 2021 salary statistics, welders make an average annual salary of $41,710.

While making 40k a year is not bad, this number can vary greatly depending on the type of welding job you have.

For example, rig welders have the highest salaries. In this position, welders can make from $52,000 to $207,000 per year. However, if you’re just starting out as a welder, don’t expect to make that much right off the bat.

5 Facts About the Welding Industry

How much do welders make an hour? Which state offers the highest paying jobs for welders?

Nowadays, it is not uncommon for people who work in different fields to have very diverse salaries. For example, some welders can make over $85 per hour, while others may only earn around $25–$26.

As you might expect, there’s a lot that goes into determining how much someone will receive, including location, experience, qualifications, or certifications acquired through educational courses and training programs and any licensing requirements.

The best place in America to be a welder is Alaska. Do welders make good money there?

They can make a whopping $66,740 per year. And if you can manage rappers’ earnings — which some people do — then expect even higher paychecks; upwards of 94 grand per year, no less.

Conversely, Idaho and Georgia are the states that offer the lowest welding salaries of $38,910 and $38,780, respectively.

To become a rig welder, you need to have an advanced degree and be willing to work for 12 hours a day. The second most paid and most demanding job is underwater welding. How much do underwater welders make? Anywhere between $38,000 and $147,000 a year.

While men dominate the welding industry (89.9% of it, to be precise), women choose to become welders because there’s no usual gender-based pay gap. In fact, women welders make more money than men (88 cents more for every $1 earned by men).

5. Texas is a state known as the welding capital.

Welding is an integral part of Texas’ history, and it continues to be so today. The state has more than 50,000 welders employed across the workforce, a higher number than any other in America!

How much do welders make in Texas? Between $46,940 and $69,770 per year. Moreover, the Lone Star State has the biggest demand for qualified welders. Based on the Texas Workforce Commission predictions, by 2026, the need for welders will grow by a staggering 21.4%.

The average annual salary for a welder is $41,710. However, this number can vary greatly depending on the type of welding job you have and where you work.

For example, welders in Alaska make an average annual income of $66,740, whereas those in Idaho and Georgia only make about half that amount at around $38,000 per year.

With such a wide range of salaries, it’s important to know what your worth is before accepting any offer from a potential employer.

What is the highest-paid welding job?

One of the highest paying welding jobs is:

How much do welders make in California?

Nevertheless, knowing how welders make an average of $66,740 per year ($32 per hour) in Alaska, California is not the best state to start a career in welding.

How much do pipe welders make?

Unlike rig welders, pipe welders can work across many industries, from automotive manufacturing to construction or shipbuilding.

Again, the overall salary will depend on different factors, such as the industry, location, and experience. How much do welders make approximately? $41,710 is the average income.

How to Pay Off Student Loans — Strategies That Work in 2022