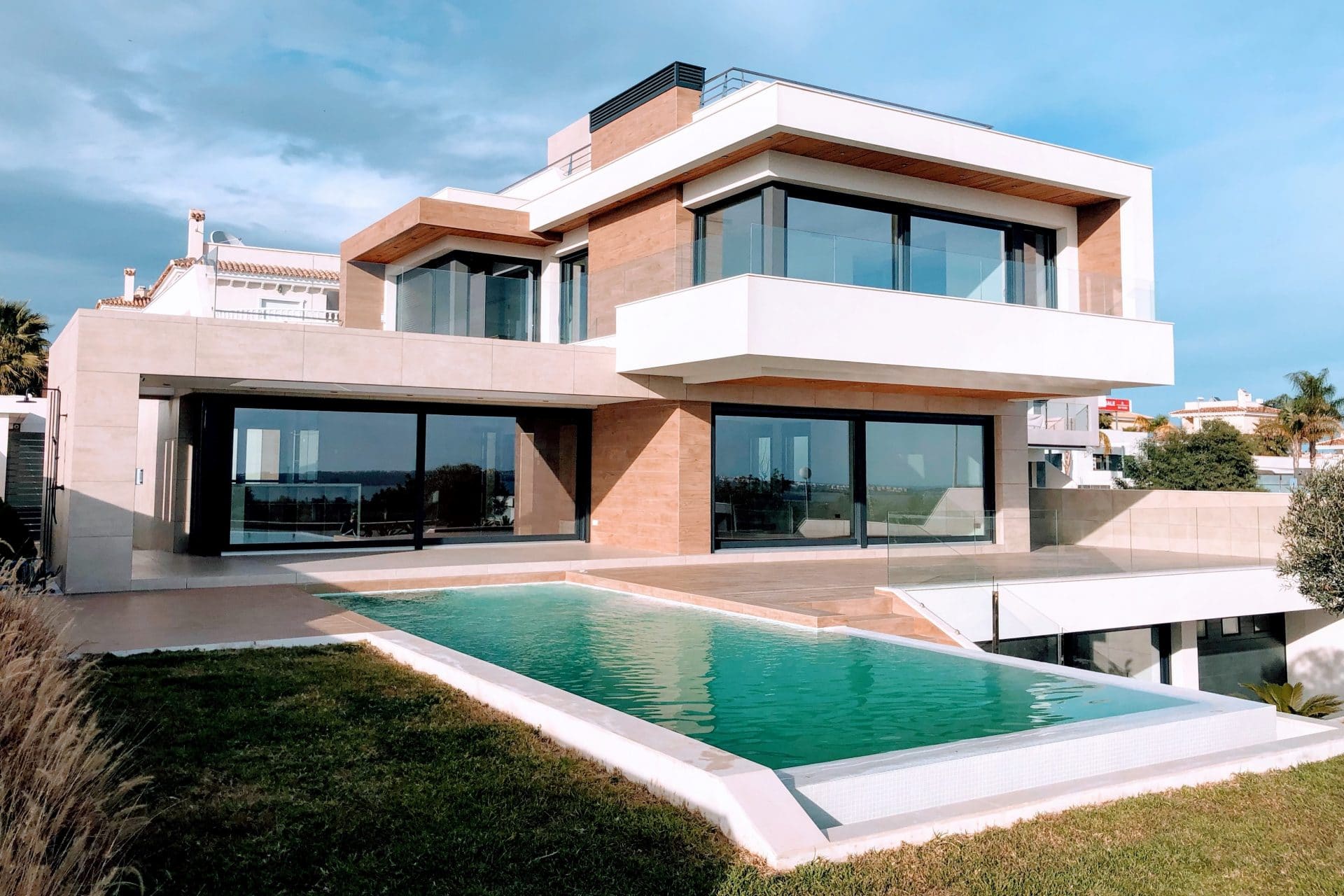 Owning a home is the American dream. But as the distressingly high foreclosure statistics taught us back in 2008, that dream can be taken away in the blink of an eye. Going through foreclosure has a devastating effect on your health. Not to mention the long-term impact on your overall credit score.

Sadly, when asked, 6 in 10 homeowners said they wished they’d better understand the terms of their mortgage.

We’re here to remedy that situation by providing the essential information on foreclosures every homeowner should know.

To find out what these are, and more, keep on reading.

What are the two types of foreclosures, and how long are the proceedings?

1. There are two types of foreclosures: judicial and nonjudicial.

In the case of a nonjudicial foreclosure, lenders can default directly to the borrower without the court’s involvement.

2. From start to finish, house foreclosures can take a year or longer.

Foreclosure stats suggest that the proceedings usually start when the borrower is 3–6 months behind with payments. Lenders won’t begin a procedure if a borrower is only one payment behind.

Judicial foreclosure refers to giving your deed to a trustee who will sell your home at an auction if you don’t make your mortgage payments.

The power of sale jurisdictions gives trustees the right to sell the property (without court oversight) to the highest bidder.

3. Foreclosure and eviction practices by state vary greatly, but they generally depend on whether the process is judicial or nonjudicial.

For instance, homeowners in Washington have 20 days to vacate the property after a foreclosure.

On the other hand, in California foreclosures, the new owner has the right to issue a three-day notice to the former owner. In a judicial mortgage foreclosure, the homeowner can’t be evicted for up to one year (until the redemption period expires).

The statute of limitations refers to the time in which a lender can pursue a foreclosure procedure once the borrower stops making mortgage payments.

What are the leading causes of delayed payments?

5. The main reason for house foreclosures is borrowers falling behind on their mortgage payments.

If borrowers are at least 120 days behind on their mortgage payments, the lender can legally start the foreclosure process.

Some of the leading causes of delayed or halted payments include a death of a loved one, rising medical bills, or leading a lifestyle beyond one’s means.

Negative equity — or colloquially referred to as “being underwater” — happens when the price of the home falls, resulting in the homeowner owing more in mortgage than what the home is worth.

7. Subprime mortgages were responsible for 42% of foreclosure starts in 2007.

The widespread use of subprime mortgages, generally issued by high-risk borrowers, was one of the main reasons for the 2008 housing market crash. This is also the year of the big stock market crash.

On top of that, subprime loans have higher delinquency rates, leading to higher rates of foreclosed properties.

How Common Are Foreclosures?

How many foreclosures are filed each year?

8. The number of foreclosed homes has been steadily declining since 2010.

Foreclosure filings on US property peaked in 2010 when the rate of foreclosed properties was as high as 2.23%. On top of that, in 2020, the rates reached a record low due to the pandemic.

“Zombie” foreclosures refer to homes that are vacant while the foreclosure process is going on. There were 3% (7,650) of empty foreclosed homes in the US in the second quarter of 2020.

In contrast, South Dakota, Idaho, and New Hampshire had the lowest rates.

Simultaneously, lenders began their foreclosure processes on 17,652 properties in the US. That’s 3% more than the previous quarter, but 78% less than the preceding year.

Mortgage debt is the largest form of debt among American consumers. In 2020, the home mortgage debt of households and nonprofit organizations was highest since 1950 (when it amounted to $0.05 trillion).

Which US states have the highest/lowest rates?

15. Fourteen states recorded yearly increases in the number of foreclosed homes between 2018 and 2019.

The number of foreclosures starts decreased nationwide. However, in states such as Rhode Island and Mississippi, the percentage of foreclosure starts went up by 54% and 39%, respectively.

The rate has been falling consistently ever since, reaching 0.16% in 2020.

17. California is currently the state with the highest number of REOs — 190.

Regarding the cities with over 1 million inhabitants, Chicago (113 REOs), Philadelphia (90 REOs), Riverside (53 REOs), and Los Angeles (43 REOs) had the highest number of REOs.

18. Delaware had the highest foreclosure rates by state in 2020.

The previously mentioned states have had low foreclosure rates even after the 2008 crisis. For example, a decade ago, Vermont had the lowest rates (merely 0.05%). North Dakota ranked right after (0.13%), followed by West Virginia and South Dakota (0.17% and 0.21%, respectively).

20. Riverside (1 in every 5,020 units) had some of the worst rates of foreclosed homes in April this year, California foreclosure statistics reveal.

21. Florida saw an annual decrease in REOs in February 2020.

The analysis of Florida foreclosure statistics from 2019 reveals a decline of 47% in terms of REOs. This is excellent news for the residents of Florida. They were, along with California, the two states that were hit the hardest by the 2008 housing crisis.

The rates of foreclosure in 10 counties in Florida and 12 counties in California went over 5% in 2008, accounting for the majority of the 33 counties with such a high rate of foreclosed homes in 2008.

22. According to the current Maryland foreclosure statistics, 36.1% of active foreclosure homes are currently bank-owned.

Compared to the previous month, there was a decrease in bank-owned properties and auctioned homes by 18.6% and 49.1%, respectively. Relating to pre-foreclosures, there was an increase of 210% compared to the month before.

Financial Effects of a Mortgage Foreclosure

How can foreclosure affect your credit score?

23. A foreclosure on your credit report can drop your score anywhere from 85 to 160 points.

The higher your credit score, the more damage a mortgage foreclosure will cause.

For instance, borrowers with high credit scores can see a drop of at least a hundred points after a foreclosure or a short sale.

24. Homeowners who go through foreclosures take longer to rebuild their credit.

A foreclosure will undoubtedly lower your scores. Yet, by how much?

Well, based on recent foreclosure statistics, it will depend on the scores you had before.

How much time will it take to rebuild your credit? It will happen more quickly if your credit increases and you don’t delay your payments.

25. Foreclosures stay on a borrower’s credit record for years.

Again, if you skip 3–4 mortgage payments, you could lose over 100 points.

Foreclosure data shows that keeping an eye on your personal finance is one of the best ways to prevent errors in your credit report.

26. Most states allow lenders to pursue borrowers for a deficiency judgment.

A deficiency judgment is a court order against a borrower when a foreclosure sale doesn’t cover the homeowner’s debt.

One way to get out of paying a deficiency judgment on foreclosure is by filing for bankruptcy. Still, this is not an option recommended by legal experts.

27. Based on the foreclosure statistics from 2020, Wells Fargo was the leading reverse mortgage company in the US for HECM loans.

In 2020, Wells Fargo processed 162,890 loans, which made it dominant among other reverse mortgage companies in the US.

The second company on the list, American Advisors Group, processed half as much — 81,560. Next on the list were Financial Freedom Senior Funding Corp and One Reverse Mortgage LLC.

Were foreclosures on the rise in 2019?

Were foreclosures increasing in 2020?

Why was there a drop in numbers? In short, lenders stopped taking back properties due to the pandemic.

How many foreclosures happened in 2020?

In addition to that, 2.15 million American homeowners were 90 days behind with their mortgage payments due to the coronavirus outbreak.

Moreover, the prices of homes witnessed a significant growth amidst the pandemic, which made some homeowners who were unable to pay the mortgages sell their properties.

What is the percentage of foreclosures in 2020?

As previously mentioned, the percentage of foreclosures in 2020 fell to an all-time low of 0.16%. The lender’s foreclosure process also dropped by 61% compared to the previous year.

Oregon, Kansas, Arkansas, and Nevada were the states that experienced the most significant decline in foreclosure starts, followed by metropolitan areas like Jacksonville, Las Vegas, Washington, and Memphis.

Were foreclosures increasing in 2021?

Based on the given data, foreclosure activity were increasing month-over-month thus far. Will it stay that way? We can only speculate.

However, we know that in the Q1 of 2021, there were 33,699 foreclosure filings, bank repossessions, default notices, or scheduled auctions. If we do the math, that’s 9% more than the prior quarter but 78% less than the preceding year.

How much does a foreclosure cost a lender?

Lender foreclosure costs make about 26% of mortgage loan amounts. Why so much? This is mainly because lenders have to consider various expenses, like property maintenance services (that cost $69–$225 per month), title preparations fees, auction sales, etc.

In other words, foreclosures are costly to lenders as well.

Where to find foreclosed homes?

Suppose you want to buy a foreclosed property. In that case, USA foreclosure statistics will tell you that the best way to go would be to contact a real estate agent who specializes in foreclosures; in 2019 alone, real estate agents sold over 5 million homes.

At any rate, you’ll need all the information you can get on the redemption period, the state of the home, and the right market value of the property.

If this isn’t an option for you, there are always listings on bank websites, auction houses, or you could drive through your town and check out foreclosure signs.

Are there still a lot of foreclosures?

With COVID-19 spreading across the nation, many banks have suspended foreclosures to help American homeowners in these challenging times.

After this period, though, analysts expect a rise in the rate of foreclosed homes as more borrowers start losing their jobs and missing mortgage payments.

As a homeowner, you can never be too sure of anything.

Don’t let declining foreclosure statistics lull you into a false sense of security. Consider all the factors before taking out a mortgage, check lenders and the terms they offer and then double-check them again.

And most importantly, be aware of all the options at your disposal.