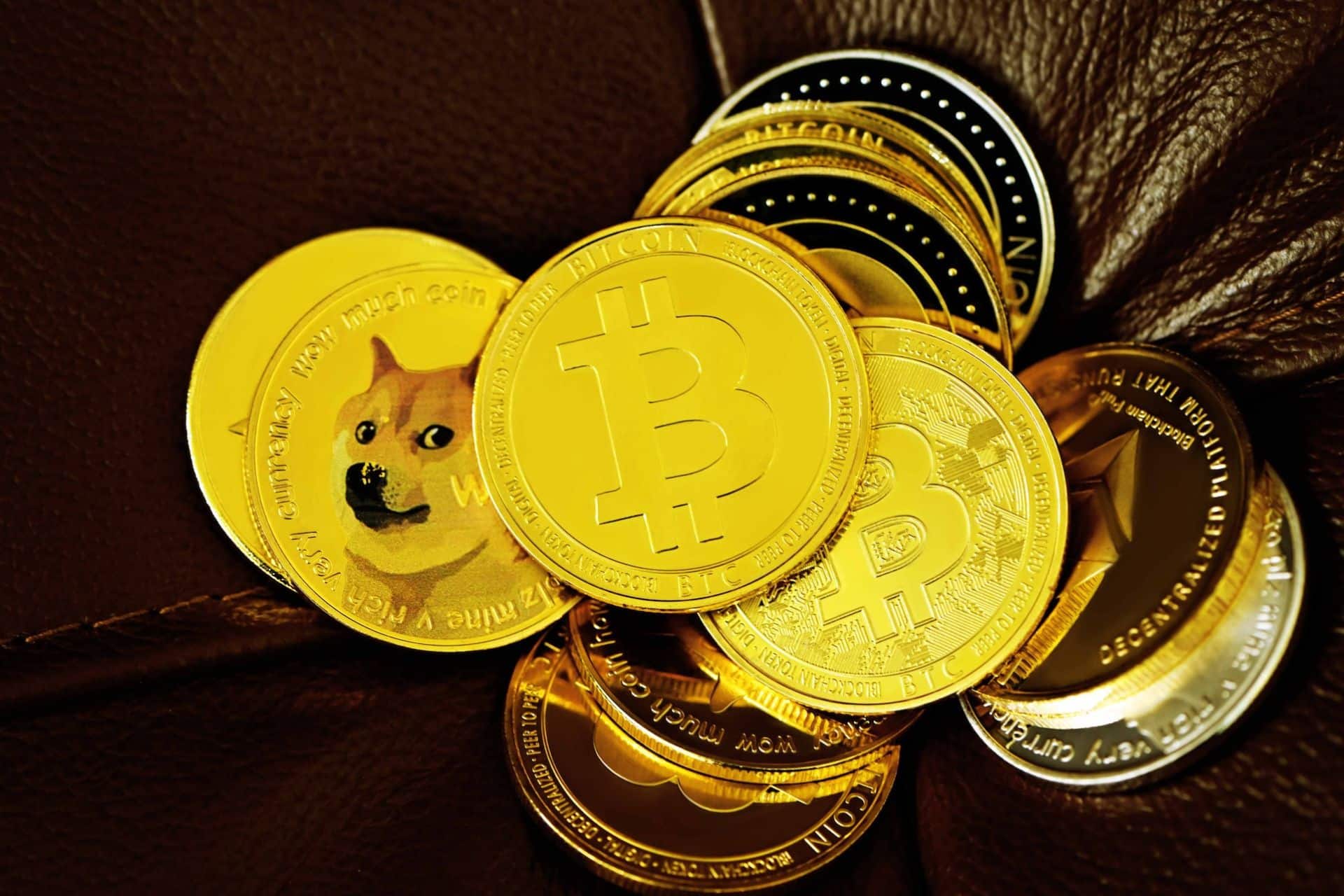 Dogecoin vs Bitcoin: the Battle of the Cryptocurrencies

The Dogecoin vs Bitcoin debate has been raging for years now, with no clear winner in sight. Both cryptocurrencies have their pros and cons, making it hard to declare one as the outright victor.

So, let’s take a look at both sides of the argument and see if we can reach a conclusion.

The Beginnings of Dogecoin and Bitcoin

Dogecoin was created in 2013 as a parody of Bitcoin, and its name is derived from the popular “Doge” meme. The Dogecoin value was initially low, but it has grown over time to become a serious contender in the cryptocurrency world.

Notably, Dogecoin’s worth shot up by roughly 216% between January 28 and January 29, 2021, after Tesla’s CEO, Elon Musk, made comments about it on Twitter.

On the other hand, Bitcoin is the original cryptocurrency and is still by far the most valuable. Its current price amounts to $19,850.79, while its all-time high reached a staggering $68,990.90 per coin.

What Sets BTC and DOGE Apart

To help you understand the main difference between Bitcoin and Dogecoin, here’s a breakdown of their key features:

The first Bitcoin vs Dogecoin key difference is that DOGE is inflationary while BTC is deflationary. This means Dogecoin will continue to increase in supply over time, while there will only ever be 21 million Bitcoins left to be mined.

Namely, cryptocurrencies gain value from the interaction between supply and demand on different exchange platforms. The amount of coins available (supply) is determined by how many are currently being mined and how many people are looking to sell them.

Since DOGE is an inflationary coin (its creators did this to discourage people from holding it long term), its increase in supply could eventually surpass its demand, leading to a decrease in value.

Another difference between Dogecoin and Bitcoin can be seen in their transaction fees. Their historical price chart shows Dogecoin’s average fee is $0.046, while Bitcoin’s is around $1.36.

On that note, Bitcoin users may choose to pay a higher fee for their transaction to be handled more quickly, and they are charged the same amount no matter how large or small the transaction is.

On the other hand, the cost of Dogecoin transactions is based on kilobyte size. I.e., you’ll get charged 0.01 DOGE per kilobyte.

Bitcoin can complete 7–10 transactions per second, whereas Dogecoin can do 40, making it ten times faster. Therefore, DOGE is more suitable for day-to-day transactions, while Bitcoin is better for larger ones.

When comparing Bitcoin to Dogecoin, we also need to take into account the block confirmation time. For Bitcoin, this is on average every ten minutes, while for Dogecoin, it’s only one minute.

The number of confirmations is the total number of blocks generated since a transaction was added to a blockchain.

The block rewards are also different for each cryptocurrency. With Bitcoin, the block reward is currently 6.25 BTC per block mined, while for Dogecoin, it’s 10,000 DOGE.

However, this wasn’t always the case. Namely, until 2014, DOGE’s block rewards were pretty random, and miners could earn between zero to one million DOGE for mining one block. In fact, the range of coins offered for block rewards was reduced after exceeding 100,000 blocks.

In the Dogecoin vs Bitcoin energy consumption face-off, DOGE takes the win by a long shot.

Dogecoin’s energy consumption is currently at 3.04 TWh, while Bitcoin’s is around 132.42 TWh.

To put it another way, Dogecoin’s total energy consumption is similar to that of a small European country like Montenegro, whereas Bitcoin’s is comparable to that of Argentina.

Although Bitcoin’s value has dropped by more than half in 2022, it still greatly outweighs Dogecoin. Bitcoin’s price currently stands at $19,850.79, while one Dogecoin costs $0.062466.

Will Dogecoin Be the Next Bitcoin One Day?

DOGE could be the next big crypto to invest in this year. In fact, Robinhood executive Vlad Tenev believes Doge might just become the Internet’s currency of the future if it would only increase its block size.

Furthermore, DOGE’s value has skyrocketed by more than 4,000% since its launch. Plus, it currently takes 10th place on the list of largest cryptocurrencies by market capitalization. And let’s not forget it’s Elon Musk’s favorite cryptocurrency.

However, its chances of dethroning Bitcoin as the king of cryptocurrencies are slim because Bitcoin has a more extensive user base and more institutional investors.

In addition, DOGE started as a meme coin, invented to make fun of Bitcoin. It’s also an inflationary coin, meaning its supply will surpass its demand eventually. So, unlike Bitcoin, DOGE might not be the best long-term investment choice.

So, what’s the verdict? Well, it all depends on your investment goals.

If you’re looking to make a quick profit, Dogecoin might be a better option since it’s cheaper and easier to mine. If you’re in it for the long haul, Bitcoin is still the king of cryptocurrencies.

Is Dogecoin better than Bitcoin?

Dogecoin is better than Bitcoin when it comes to transactions since it can make 40 transactions per second. It also has lower transaction fees and is much cheaper to mine.

Dogecoin is also inflationary, meaning it will continue to increase in supply over time, while Bitcoin is limited to 21 million coins.

However, no one can beat Bitcoin when it comes to market value.

Although the crypto market is pretty volatile, it’s highly unlikely that Dogecoin will surpass Bitcoin, at least not in the near future. DOGE’s current price is less than $1 per coin, i.e., $0.063828. In comparison, one Bitcoin is worth $19,850.79.

How is Dogecoin different from Bitcoin?

Some other differences include:

Now that you have a complete Dogecoin vs Bitcoin breakdown, you can make a more informed decision about which cryptocurrency is right for you. 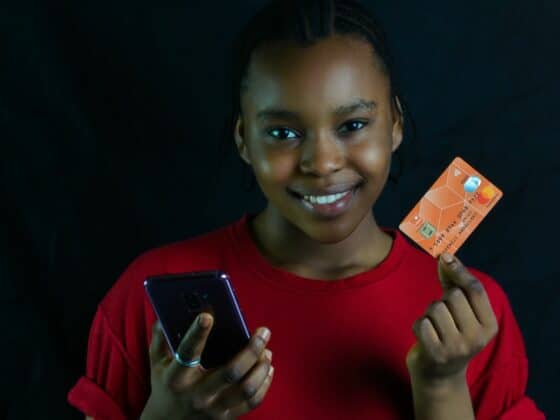 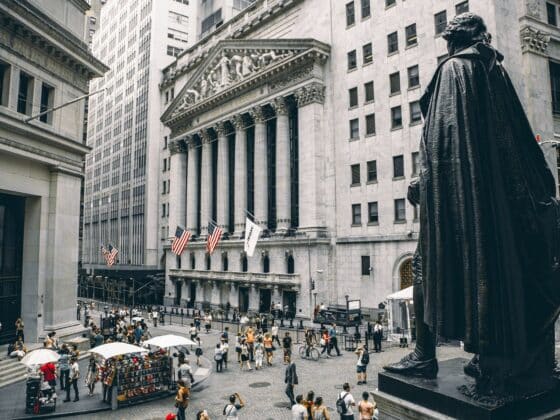 The Stock Market Hours of Operation (US and the World)