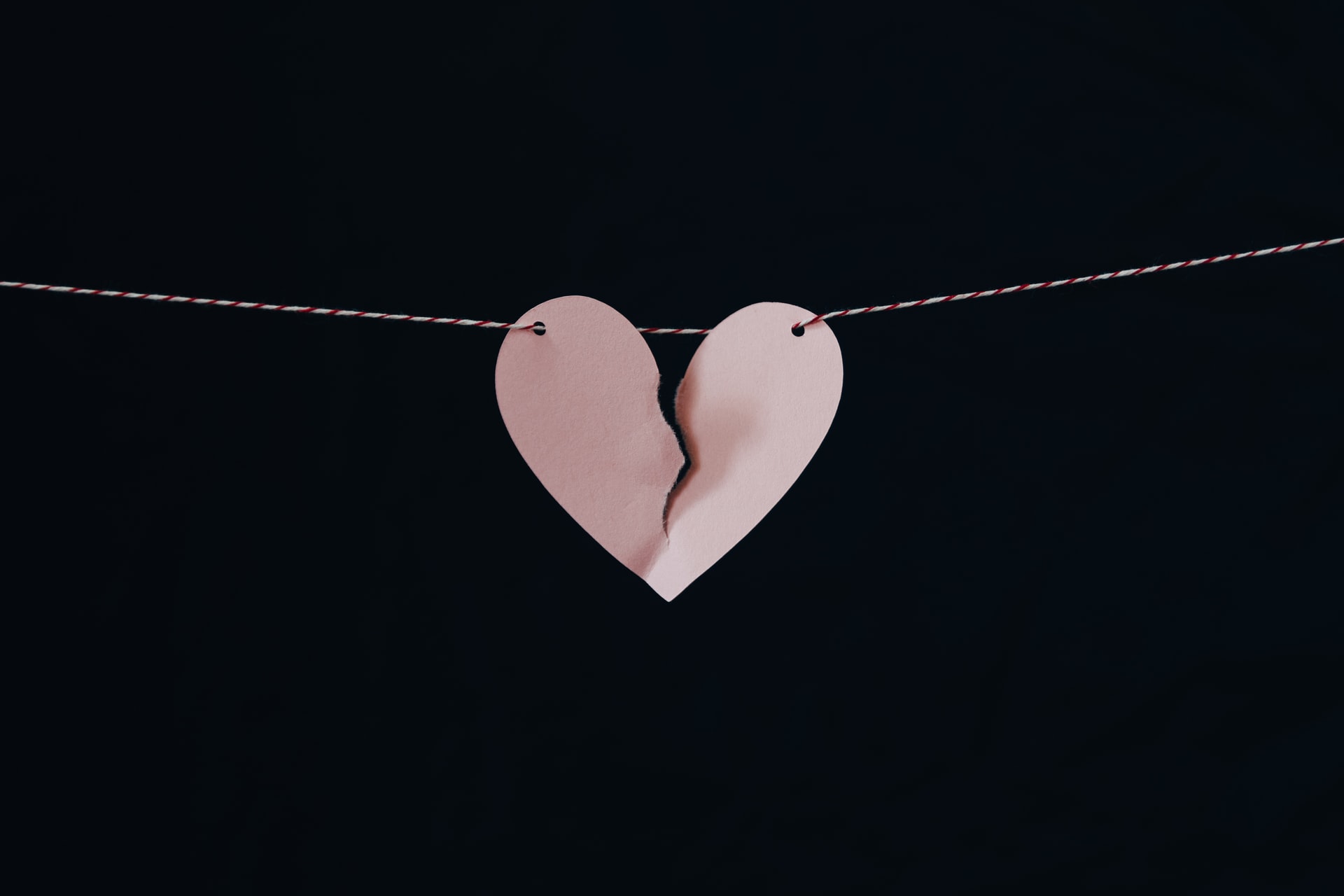 Do you ever wonder why people end their marriage? Or do you just argue with your partner wondering why people stay married? Whatever the case, taking a good look into divorce statistics may help you understand both.

In this article, we will look at the different factors for ending a marriage, such as income, education, age, and previous experiences. In addition, we’ll briefly mention the worldwide impact COVID-19 had on the divorce rate across countries.

So, without further ado — here are the essential facts about divorce to satisfy your curiosity.

Top 10 Facts and Divorce Statistics for 2022

Divorce Rate in America Over the Years

How often do Americans file for a divorce, and which state has the lowest/highest divorce rates?

As of 2019, approximately 750,000 divorces were registered in the US.. When it comes to income, the rates were higher among the lowest and the highest income groups.

2. Coronavirus spiked the divorce rate: the pandemic skyrocketed divorce filings in the US.

American newlyweds took the biggest hit from nationwide lockdowns and the stress caused by related factors. Namely, 20% of divorces that took place this year were couples married for less than five months, according to the latest data.

In general, 31% of couples stated that lockdown, unemployment, and financial issues due to the pandemic had caused permanent damage to their relationship and marriages.

3. The divorce rate in America was highest in 1981 when 53% of all marriages ended in divorce.

In 1981, there was a peak in the divorce rate with 5.3 divorces per 1,000 people. Moreover, compared to 1960, the divorce rates even doubled. The main reason behind the peak was the liberalization of divorce law, changing attitudes towards marriage, and women’s economic independence.

4. Before the pandemic, the divorce rate in America was actually dropping.

When it comes to divorces, America scored an all-time low in 2019 with just 2.7 divorces per 1,000 married people.

Unfortunately, COVID-19 shattered the plans of many, leaving them not only broke but divorced as well.

This comes as no surprise, given that Arkansas has a high percentage of couples that marry at a young age (26.3 years for men, 24.8 years for women).

Other states that have low divorce rates are the following:

Florence town, Arizona, is the second place on the list that has high divorce rates.​​​​​​​ 20.0% of the population are divorced, and 2.2% are separated.

9. People face their first divorce in their 30s.

Divorce statistics by age show that almost 60% of people who go through a divorce do so between the ages of 25 and 39, depending on other social factors.

10. Divorce rates in American Muslim communities are on the rise.

Islamic tradition allows for both men and women to seek a divorce, although wives have to obtain their husbands’ approval first. However, this perspective is changing.

A recent study conducted in Turkey showed that 85% of men stated that a woman should have the right to divorce without the husband’s consent.

North African and Central Asian Muslim countries also point to reasonably high approval rates with around 80%. On the other hand, Iraq holds the last spot with only 14%.

11. Lesbian divorce statistics show female couples made up 72% of same-sex divorces in 2019.

Same-sex couples in the US have a lower divorce rate than straight couples (16% vs. 19%). Yet, when it comes to same-sex marriages, lesbian couples have higher divorce rates (34%).

On top of that, the average duration of marriages is lower for female couples (4.1 years vs. 4.3 years).

How big is the divorce market, and how much does it cost to get divorced?

Attorneys are certainly the most expensive part of getting divorced. The average lawyer fee ranges from $1,000 to several thousand dollars, depending on whether the divorce is contested or not.

Besides that, there are also several administrative fees that cost around $200 or $300 before, after, and during the divorce process. Owning real estate and resolving its status will add yet another $3,000 on average.

14. According to divorce statistics by state, California has the highest divorce filing and attorney fees.

Each state charges different filing and attorney fees. However, if you live in California, the filing fees will cost you $435, while the lawyer’s fees (plus other divorce costs) will cost you another $14,000.

On the flip side, the filing and the lawyer’s fee in North Dakota will cost you the least — $80 and $8,000, respectively.

15. As per divorce industry statistics, only 43.5% of custodial parents receive full financial support.

The average child support payment in the US amounts to $5,519 per year.

Which country has the highest/lowest divorce rates?

In Luxembourg, there are about 1,000 divorces per year. And surprisingly, almost half of the divorces happen among non-Luxembourgish citizens.

Divorce statistics for Canada report there was a steady increase in the number of divorces since 2000.

That said, in Canada, 1 in 309 adults get divorced, and the probability of getting divorced is pretty high in the country — 324%, to be precise.

19. Divorce statistics from 2019 show the number of divorces in England and Wales witnessed the largest increase in 50 years.

21. Divorce statistics from 2020 imply that during the lockdown in Saudi Arabia, divorce rates grew by 30%.

During the lockdown, 7,482 people from Saudi Arabia requested a divorce. A similar situation occurred in China, where there was an increase in divorce cases by 10%–20%.

While the main reasons for filing for a divorce in Saudi Arabia were physical assault, cruelty, chronic disease, age difference, and immaturity, in China, the main reason for getting divorced was linked to financial issues.

22. Divorce is still illegal in the Philippines and the Vatican City.

(The Economist) (Library of Congress) (BBC)

Here are some shocking divorce facts. Apart from Vatican City, the Philippines remain the only country in the world where divorce is illegal to this day. The country’s conservative laws only allow separation in case of violence.

Moreover, based on the available information, the annulment process takes up to 10 years and includes mental health tests.

Still, the bill that would allow an absolute divorce was approved in August 2021, so we may expect the situation to change very soon.

Are women more likely to file for a divorce than men? What are the main reasons for couples to split up, and who had the most expensive divorce in history?

The number of couples who divorce after the age of 50 has doubled since the 1990s. Moreover, following the divorce, women experience a 45% decrease in their life quality and standards, whereas, for men, it drops by “merely” 21%.

In addition, divorce demographics show that people who divorce after 50 have a 27% chance of becoming poor.

24. Women are more likely than men to file for divorce.

There are a few reasons behind this. First of all, most women want to have a satisfying career. Secondly, unlike men, they are less likely to stay in unhappy relationships.

Next, due to the stereotypes on gender roles, men fear that they will lose more than women if they divorce.

And lastly, men are less likely to observe the red flags in the relationship than women.

25. Lack of commitment is one of the main reasons for divorce, statistics denote.

A staggering 75% of people file for a divorce due to a lack of commitment. Other reasons include:

26. Domestic violence divorce statistics show 23.5% of couples break up due to domestic abuse.

There are many types of abuse. Some include monitoring, others include emotional and physical mistreatment, but they all have one thing in common — control. The stats also show us that more than 90% of abusers are men.

27. Most divorces occur in January.

Most people avoid ruining the holiday season towards the end of the year for both their families and friends and wait until January. Hence, most divorces ironically become part of the New Year’s resolution.

Also, couples experiencing relationship problems wait for the holidays hoping that things will get better, only to face disappointment and call their lawyers as soon as they’re over.

28. The average length of marriage before divorce is approximately eight years.

Couples that marry before turning 18 are more likely to file for a divorce within ten years than couples older than 25 (48% vs. 25%).

Furthermore, the divorced couples that plan to remarry usually do it within three years.

29. Couples with daughters are 5% more likely to separate, as per child of divorced parents statistics.

The main reason behind this gap might be that parents argue more often on how to raise their daughters.

When it comes to jobs, the mentioned professions have the highest divorce rates of 22%. Other job positions with high divorce rates include avionics technicians, small engine mechanics, logging workers, medical secretaries and administrative assistants, and military.

On the other hand, physicians have the lowest divorce rates.

31. In 2019, Jeff and MacKenzie Bezos had the most expensive divorce in history.

The divorce settlement between Amazon’s founder, Jeff Bezos, and his wife, reached a whopping $36 billion.

For comparison, Alec and Jocelyn Wildenstein, who took second place on the list, managed to settle for a “mere” $3.8 billion.

In fact, between March and June, the number of people who wanted to get divorced was 34% higher compared to the same period in 2019, while the estimated divorce rate for 2021 was 45%.

What year of marriage is divorce most common?

Who gets divorced the most?

Women are 69% more likely than men to initiate divorce. The same can be said for same-sex couples. Similarly, 54% of divorced women don’t want to remarry compared to 30% of divorced men.

What is the number one cause of divorce in America?

Based on the surveys, the leading cause of divorce in the US is the lack of commitment. Other common reasons are:

On a positive note, 58% of married couples in the US claimed that the pandemic made them appreciate their spouses more.

When do most divorces happen?

Most divorces happen in January, right after the Christmas season is over. Stats reveal couples wait for the holiday season, hoping it will right their wrongs. Ironically, calling their lawyer is the first thing they do in the New Year.

Divorce may not be the first thing you think about when you say ‘I do’ (or maybe it is, we don’t judge), but it is certainly not the worst thing that can happen. Although some of these divorce statistics may seem discouraging, we hope that it was helpful in whatever way possible. 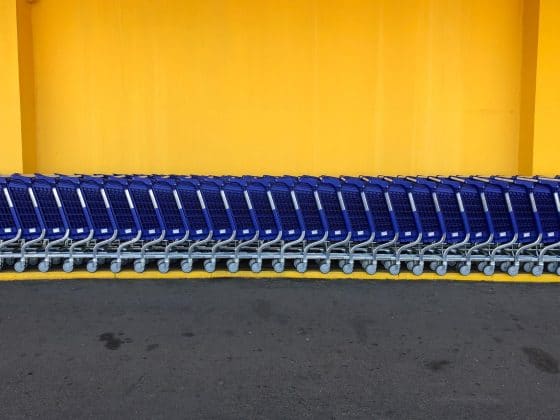 A Short Guide on Walmart Money Center Hours in 2022 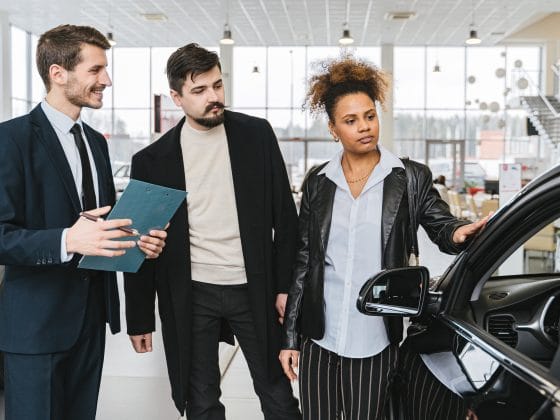 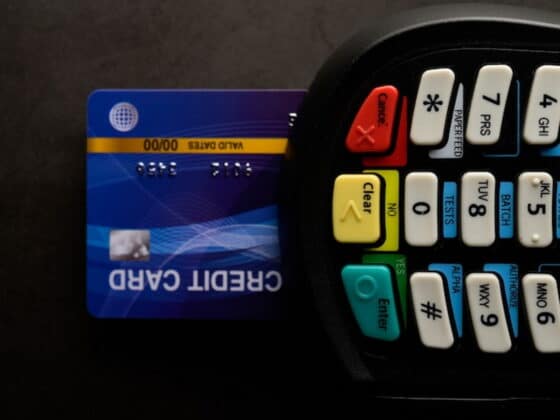