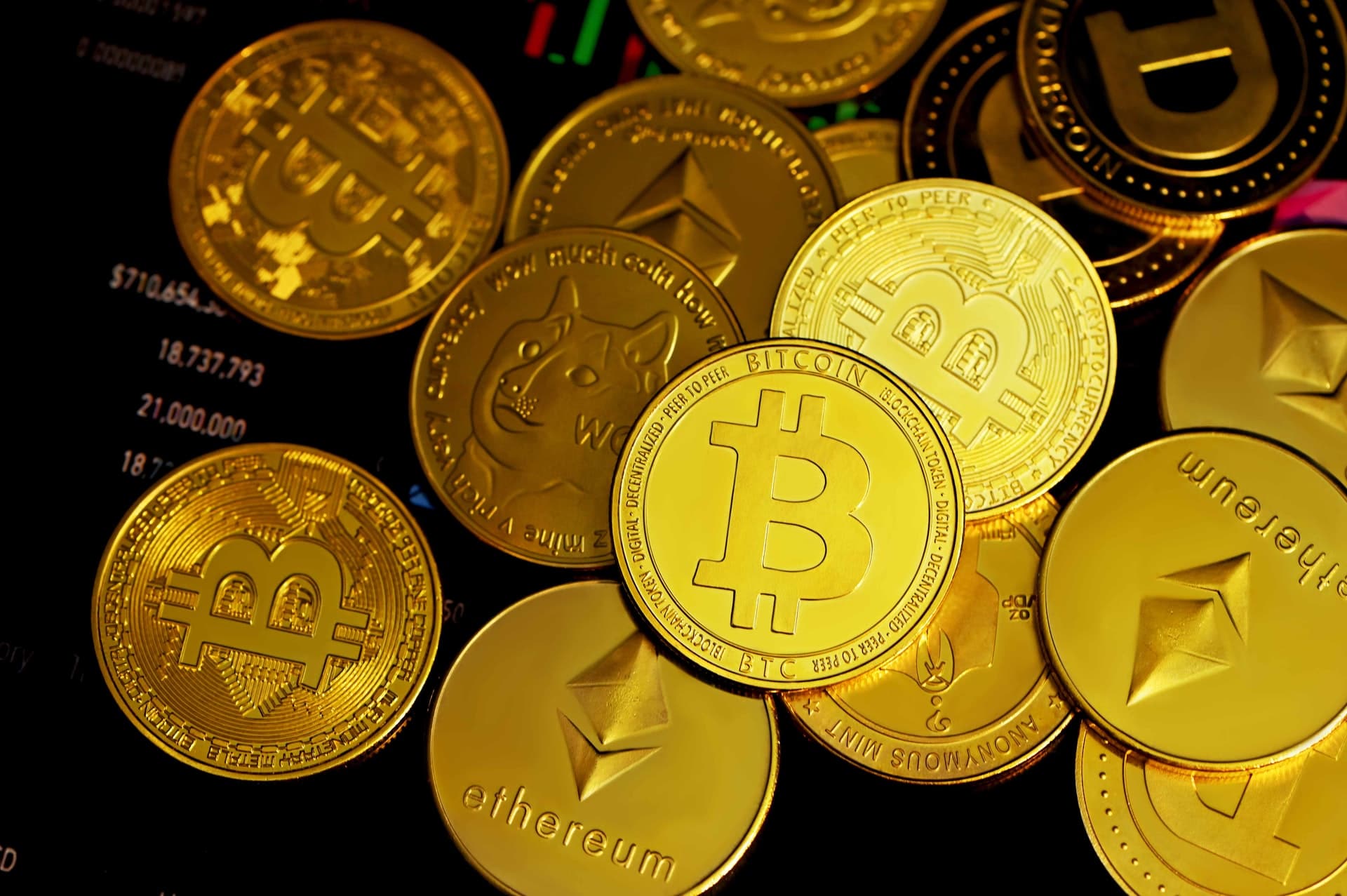 25+ Cryptocurrency Statistics to Get You In On the Action

As our cryptocurrency statistics will show you, Bitcoin and the gang provide an excellent financial alternative to entrepreneurs and people alike due to their unparalleled transparency and adaptability.

In this article, we’ll strive to give newcomers a chance to better acquaint themselves with everything crypto, including trends, the market, its brief history, and future forecasts.

So, without further ado, let’s decipher this puzzle.

How It All Started: Basic Cryptocurrency Stats & Facts

When did cryptocurrencies become popular?

1. Cryptocurrencies are virtually impossible to counterfeit and double-spend.

Due to blockchain technology, these digital currencies cannot be abused the same way fiat currencies can, making them a safer and more reliable alternative.

Namely, their publicly distributed ledger — shared over numerous computer networks — makes them impervious to counterfeit shenanigans, seeing how the data is highly decentralized.

To manipulate the data, you’d have to hack not one but all the computers on that network (good luck with that).

2. More fun Bitcoin facts: cryptocurrencies that aren’t Bitcoin are referred to as “altcoins.”

Inspired by the mind-blowing success of Bitcoin (launched back in 2009), quite a few competitors rose to challenge (and dethrone) the world’s most expensive cryptocurrency.

For instance, we have:

What is the best cryptocurrency to mine today, though?

Apart from Bitcoin, the best to mine are Ethereum, Litecoin, and EOS, plus Peercoin and Cardano. On that note, there are over 5,000 cryptocurrencies in total, with new contenders appearing every day.

3. Attempts at creating a fully online currency stretch back to 1998.

Bitcoin wasn’t the world’s first shot at creating a virtual currency. According to cryptocurrency statistics, there were multiple attempts, the most notable being Bit Gold and B-Money.

Still, neither of them was fully developed, and the rest is history.

4. 2008 was the very first time Bitcoin was publicly mentioned.

A whole year before its official release, a paper was posted on a mailing list by a mysterious pseudonym named — Satoshi Nakamoto. The paper in question was called “Bitcoin: A Peer to Peer Electronic Cash System.”

The following year, it was available for mining and it has become the most popular cryptocurrency to this day with little chances of disappearing soon.

5. The first purchase ever made via Bitcoin was back in 2010.

In 2010, Laszlo Hanyecz bought two pizzas for 10,000 bitcoin, which was around $30 back then. Today, that would be roughly $80 million in total, so we sincerely hope those were some yummy pizzas!

How big is the blockchain technology market, and what’s the current number of cryptocurrency users?

6. What’s the best cryptocurrency to invest in? The top five on the cryptocurrency list would be Ethereum, Dogecoin, Cardano, Ripple, and Binance Coin.

Keep in mind that different cryptocurrencies offer different investment opportunities, so make sure to know your goals before choosing the right one.

8. The US has the highest number of crypto owners — an incredible 27 million.

9. Cryptocurrency trends forecast an 82.4% CAGR of the global blockchain technology market for the 2021–2028 period.

In 2020, the global blockchain technology market was worth $3.67 billion. Better yet, it witnessed growth amidst the pandemic due to hospitals that were using it to track the COVID-19 vaccine.

The blockchain technology market is estimated to be worth somewhere around $394.60 billion by the end of 2028.

That said, based on the cryptocurrency predictions, the private cloud segment is expected to experience the highest CAGR growth.

10. In February 2021, the Bitcoin market cap reached $1 trillion for the first time.

On February 19, 2021, Bitcoin was worth $53,262. It performed better than stocks and gold. Additionally, the cryptocurrency added over $415 billion of value.

More than 1.1 million people in the UK invested their money in crypto, and most of them (78.95%) opted for Bitcoin.

In addition, Millennials were most keen on purchasing cryptocurrencies out of all the generations (namely, 4.68%), followed by Gen Xers (2.77%), and Baby Boomers (1.58%).

12. Almost half of Americans are unfamiliar with cryptocurrencies.

According to the latest cryptocurrency statistics, 28% of Americans were “somewhat familiar” with cryptocurrencies, and a mere 16% were “very familiar.”

Moreover, 61% of respondents who were familiar with cryptocurrencies claimed to know little about how they work. In comparison, 43% believe that cryptocurrencies are not a legitimate form of payment.

Let’s take a look at the most recent cryptocurrency demographics.

It’s also worth noting that Millennial crypto buyers had higher loan debts (compared to the national average), especially when it comes to student loan debts and auto loan debts.

14. $37,885.06 is the current price of Bitcoin as per the latest cryptocurrency prices live data.

15. On the famous December 7, Bitcoin’s trading volume increased twofold than what it was just a day before, amounting to $12.6 billion.

It’s safe to say that 2017 showed the true potential of Bitcoin and cryptocurrencies in general.

16. Bitcoin is actually banned in some countries.

What countries have banned this cryptocurrency? Not a whole lot, but the list includes countries such as Afghanistan, Pakistan, Algeria, Bolivia, Bangladesh, North Macedonia, Saudi Arabia, Qatar, Vanuatu, and Vietnam.

In China, for example, there are certain restrictions when it comes to trading with cryptocurrencies. The latest news is very positive as Bitcoin is slowly regarded as a digital asset that ought to be protected by the law.

17. In the US, men are more aware of cryptocurrencies than women.

Cryptocurrency statistics show that 78% of male respondents were aware of Bitcoin, whereas 71% of women said the same. Likewise, 20% of female respondents have not even heard of cryptocurrencies up to that point, which is also true for 17% of their male counterparts.

This figure is a good indicator of the cryptocurrency market size of 2019.

Still, determining the exact number is difficult since one owner can use multiple addresses. The number of active addresses still totals around a substantial figure — roughly 550,000.

Litecoin outmatched Bitcoin in terms of value growth with an increase of 7,800%–8,000% — nearly four times that of Bitcoin!

However, Litecoin’s cryptocurrency rates left much to be desired, sitting at just $360.93.

Experts believe that the tremendous growth rate was due to a lot of people losing their faith in Bitcoin and because Litecoin transactions are swift.

20. The total number of different cryptocurrencies is 5,466.

What’s more, experts estimate that the best cryptocurrencies are topped by Bitcoin, mainly due to its market share.

As previously mentioned, in 2021, ten cryptocurrencies are expected to explode, making them a good investment, including:

21. Cryptocurrencies are more a commodity than they are a currency.

The fluctuating cryptocurrency prices could, in fact, be due to this “identity crisis” digital currencies are currently facing. For instance, you could use bitcoins to buy stuff directly, just like any other fiat currency (remember those two $90 million pizzas?).

On the other hand, it behaves much like a commodity (such as gold and oil) — it’s both bought and sold via cash markets and futures. Moreover, it, too, is familiar with the stock market crash.

Whatever the case, this hybridizing nature of cryptocurrencies is allowing it to have the best of both worlds.

22. Based on the cryptocurrency statistics live data, there are currently 73 million blockchain wallet users in the world.

Furthermore, this same crypto trader statistics report revealed that over 35% of these traders were from the US, whereas 10.3 million were from Europe.

In other words, Bitcoin uses 143 terawatt-hours (TWh) of electricity every year, which is more than some countries. To put things into perspective, Norway uses 124 TWh of electricity per year.

24. Cryptocurrency statistics show that Grayscale Bitcoin Trust is the company with the largest portfolio of Bitcoin.

The latest Bitcoin statistics indicate that North America has the highest number of Bitcoin ATMs — 83% to be precise.

The report also revealed that the leading Bitcoin ATM manufacturers were Genesis Coin and General Bytes, with a respective market share of 34.6% and 30.3%, respectively.

That said, there are two main types of Bitcoin ATMs. The first one allows users to buy bitcoins, and the second one enables them to buy and sell them.

What percentage of the population invests in cryptocurrency?

What are the top 5 cryptocurrencies for traders?

The top 5 cryptocurrencies are:

What is the number 1 cryptocurrency?

Without any doubt, Bitcoin is currently the leading cryptocurrency on the planet. At the moment, it has a domineering market cap valued at $711,866,462,471.

Overall, Bitcoin is the most popular cryptocurrency among people due to its low transaction fee, fast transaction speed, mobile payments, and no physical barriers.

On a negative note, Bitcoin is highly volatile (to say the least).

Which Cryptocurrency will explode in 2021?

Crypto experts believe that Ethereum, Dogecoin, Cardano, and Ripple will explode in 2021.

Being the second most liquid cryptocurrency (after Bitcoin), experts predict that Ethereum will reach a price of $12,357–$15,337 by December.

Dogecoin increased in popularity thanks to Elon Musk, who accepted it as payment at Tesla. Experts predict it will reach a price of $1 by December.

Cardano and Ripple are predicted to reach $10 and $2.5, respectively.

Which countries use cryptocurrency the most?

Japan takes first place with the most progressive regulations regarding crypto transactions. It is also considered to be the hub of cryptocurrency trading in Asia.

Next on the list would be the US, since Mastercard and Bank of New York Mellon accepted certain crypto transactions.

The third place belongs to Nigeria, where cryptocurrencies are pretty popular due to low transactional costs.

Germany takes fourth place in cryptocurrency statistics by country, followed by Canada, the Philippines, France, Australia, Peru, and Singapore, where the use of Bitcoin is even taxable in some cases.

Despite having a few setbacks, cryptocurrencies are here to stay.

As of now, there’s still a lot of hype surrounding these digital assets, and the idea of a truly decentralized currency captivates the mind of many users. We hope these cryptocurrency statistics helped you gain a better understanding of how these ingenious digital coins work and how to make a profit off of them.

Whether you choose to buy them, sell them, or store them (for rainy days), we wish you — good luck! 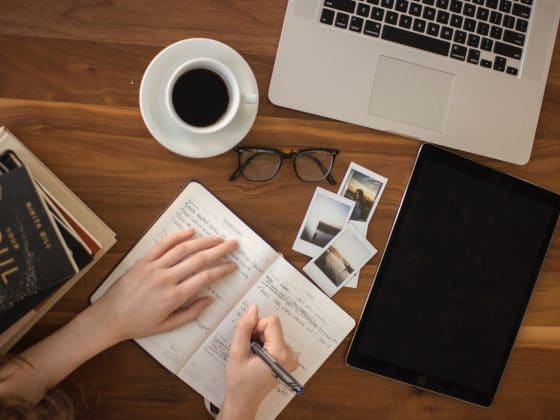