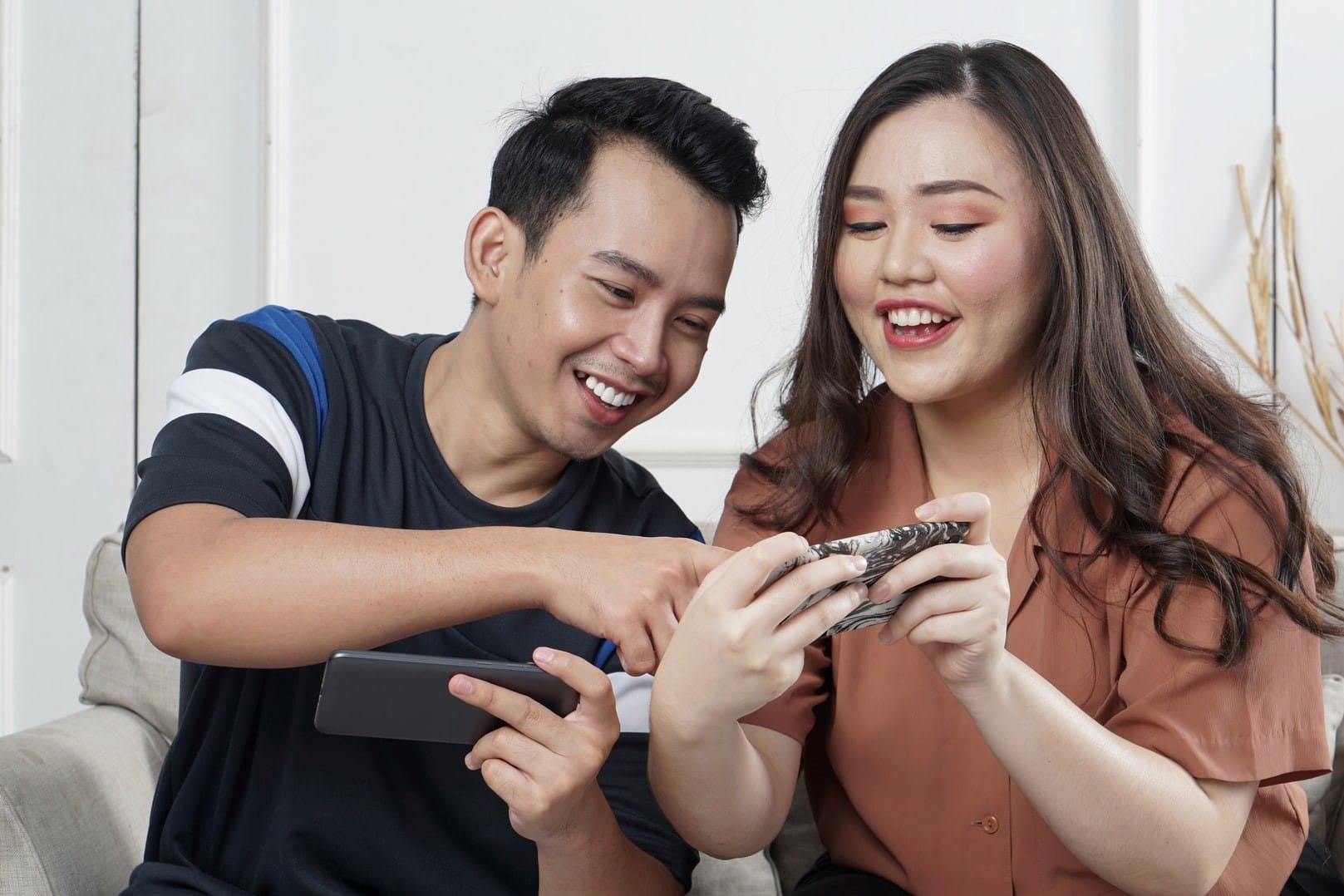 In this article, we summed up the most recent Alibaba statistics to help you figure it all out—how stable the company is, how it works, how different it is from Amazon, and how it fits into the big picture of tech giants, which will shape our future. If you live anywhere outside of China, chances are you may be hesitant to order a cheap yet cool trinket you discovered on AliExpress, which is a part of Alibaba Group.

When was Alibaba founded, and what makes the platform unique?

1. Alibaba was founded in 1999 by Jack Ma, a former English teacher.

The former school teacher from China, Jack Ma, wanted to use the power of the wholesale internet marketplace, which led to creating the largest e-commerce company in the world.

How does Alibaba make money? Alibaba doesn’t use the usual business-to-consumer approach. The company’s idea is to offer a place where suppliers will be able to sell their products at wholesale prices to small businesses, who will then resell them.

3. Alibaba is the 9th largest company in the world by market cap.

Alibaba market size statistics show that, as of April 2021, the company reached a market capitalization of $657.5 billion, making it the 9th largest company in the world.

The first two places currently belong to the US giant, Apple, ($2.25 trillion) and Microsoft ($1.96 trillion).

Based on his wealth history, there’s been a significant increase in Alibaba’s founder net worth since 2020, when his net worth amounted to $38.8 billion.

What’s the company’s annual revenue, and how many sellers and users use Alibaba’s platform?

After a sharp rise of its stocks, Alibaba Group regained investors’ trust. It proved to be a company with a flexible business model that secures ROI even in the most challenging times despite the odds.

This re-established their position among the most valuable tech businesses in the world, which was compromised after a messy Q1 of 2020 due to COVID-19 lockdowns and restrictions.

Apart from Amazon and eBay, Alibaba.com is one of the largest and most important B2B platforms. When it comes to Alibaba and the number of sellers, the latter is large enough to cover a market of 150 million registered members and over 10 million active buyers.

At the same time, the number of annual active consumers in Q1 of 2021 amounted to 811 million in China.

9. Taobao statistics from 2020 report that the platform had 710 million active users last October.

Taobao, one of Alibaba’s digital shopping platforms, was the leader in the number of active users in 2020 (along with Pinduoduo and JD.com).

In the same year, Taobao’s revenue reached more than 400 billion yuan ($61.7 billion) in GMV. What’s more, the number of Taobao Live daily active users and live-streamers grew by 100% and 661%, respectively.

The largest part of Alibaba’s revenue comes from China’s commerce.

11. Alibaba market share in 2020 accounted for an amazing 65% of the Chinese retail market.

12. Based on the latest Alibaba statistics, the company has 251,462 full-time workers.

At the beginning of 2020, the company had more workers than Facebook and Yahoo combined. While Alibaba has offices in various countries (India, Germany, UK, US, Japan), the majority of employers work in China.

On November 11 every year, Alibaba takes center stage in the Chinese shopping frenzy on Single’s Day.

You may think that Black Friday or Cyber Monday are the most hectic events of this kind in China, but according to Alibaba facts, the company managed to make $74.1 billion on Single’s Day in 2020.

Truth be told, the company started its sales a bit earlier (on November 3).

As we already mentioned, Alibaba Group Holdings Ltd. is an internet company that declares itself as an online marketplace.

However, they have found a way to grow and expand by forming a network of Alibaba Group subsidiaries that specialize in a broad spectrum of services (from finance to groceries):

15. Alibaba was named the top company in Fortune magazine’s ‘Change the World’ ranking.

The official Alibaba customs data shows that the company sourced and delivered over 26 million pieces of protective medical equipment outside of China. Fortune magazine recognized their efforts and made them the number one individual company on their list, although they ranked 37th in 2019.

16. There are 11 rules you have to know when ordering from China to the US.

When it comes to ordering/importing goods, Alibaba US Customs data indicates that there are 11 established incoterms you have to keep in mind when it comes to China-US trade.

Also, while you do not need a general importing permit, you should check if the goods you are importing (ordering in larger quantities) are on the list of goods that have to be reported to one of the government agencies overseeing trade: FDA, DOT, USDA…

Suppose there are things you wish to order and have delivered from Alibaba rather than from Amazon. In that case, aside from the Alibaba shipping rates, you also have to keep in mind a couple of things.

For example, tariffs and restrictions frequently change due to the ongoing trade war (you can always check these on the website of the US Customs).

What can we expect from Alibaba in the future?

The available Alibaba statistics from 2020 indicate that the cloud computing branch accounts for 8% of the company’s revenue. It is by far one of the fastest-growing ventures started by the Alibaba Group in recent years.

Despite still being behind the already established names of cloud computing like Amazon and Microsoft, the company is determined to reach the top by investing 200 billion yuan (about $30.8 billion) into this branch by 2023.

18. Deliveries will be made by autonomous robots starting in 2021.

Alibaba Group’s R&D Institute announced a breakthrough—starting 2021, deliveries will be made by Xiaomanlv (fully automated and self-driving robots). This should boost the already impressive delivery-related Alibaba statistics.

The company already tested 1,000 robots by sending deliveries to 30 universities in China. Results? The robots managed to deliver 150 packages per day. The customer satisfaction rate made an impressive 98%!

This autonomous robot uses cutting-edge technologies such as big data, deep learning, and geo-localization, which provide it with the ability to make around 500 deliveries a day within a 62 miles range.

19. Alibaba facts reveal that Alibaba and Alipay hold the highest number of blockchain patents in the world — 212 out of 3,924.

Although Alibaba has the highest number of patents, 6 out of 10 top blockchain patent holders are American firms.

After Oracle failed to keep up with the needs of its growing databases, Alibaba decided to venture into big data engine projects, establishing Apsara and Alibaba Cloud in 2009. By 2013, they already stored their data on 5,000 servers.

Today Apsara stores over 100,000 data from servers located in 10 data centers across the world.

The number of logistic breakdowns that the Alibaba data center platform caused? Zero.

21. Alibaba is the third biggest provider for IaaS.

The company’s cloud computing service has millions of customers and covers 21 regions around the world. In 2020, Alibaba Group held a 9.5% share in the global IaaS market.

Alibaba vs Amazon vs eBay

What are the main differences between Alibaba, Amazon, and eBay, and which platform offers the best digital shopping experience?

22. Amazon has a higher market cap than Alibaba.

In contrast, Amazon’s market cap witnessed constant growth over the years, reaching its peak in 2021.

Although both platforms offer a wide range of products, the prices on AliExpress are much lower. For example, a pair of Redmi AirDots will cost you about $41 on eBay and $14 on AliExpress.

With that in mind, when it comes to shipping, AliExpress ships from China while eBay ships from the seller’s location. This means that Alibaba’s shipping price is more or less fixed, while eBay’s shipping fees will depend on your location.

For this reason, you can expect products from eBay to arrive in a day at your US address.

24. Compared to Amazon, Alibaba has a larger gross merchandise value.

Alibaba data shows that the company’s GMV in 2020 reached a record $1 trillion, while Amazon’s GMV in the same year amounted to $490 billion.

25. Alibaba has a higher annual gross profit than eBay.

26. In 2020, Alibaba Group reported higher ROE and ROA than Amazon.

The growth rate of Alibaba and last year’s stock data show that BABA boasted higher Return on Equity and Return on Assets rates, at 21.51% and 5.5%, respectively.

27. Alibaba is split into three businesses, while Amazon has a single core business.

Although both are essentially e-commerce companies, they have opposite approaches to doing business. This might turn out to be one of the deciding factors in the battle of Alibaba vs Amazon.

Amazon is a single entity. On the other hand, Alibaba Group splits its actions into three core subsidiaries: Alibaba, Taobao, and Tmall.

This provides the Chinese company with a chance to be more agile and answer to market challenges faster.

28. Is Alibaba bigger than Amazon when discussing the workforce? Amazon has the highest number of employees compared to Alibaba and eBay.

Who is richer, Amazon or Alibaba?

On paper, Amazon is richer than Alibaba. Starting with the net worth of Amazon’s founder, Jeff Bezos, who is currently the wealthiest person in the world ($177 billion net worth).

The statistics are also on Amazon’s side when it comes to the annual revenue. However, although revenue numbers show that Amazon made $386.064 billion in 2020, while Alibaba made ‘only’ $71.985 billion, the gross merchandise value (GMV) favors the Chinese company ($1 trillion vs. $490 billion).

Is Alibaba bigger than Google?

How many employees did Alibaba have in 2021?

In fact, in 2020, the company had even more workers than both Facebook and Yahoo.

The Chinese giant is slowly but surely turning into a world leader owing to a history of well-thought-out decisions and dedication to technological development. Alibaba Group’s agile approach helps them easily navigate the challenges of the changing market, especially during the pandemic.

As you can see from our Alibaba statistics, the company is original in many respects so we have reasons to believe even higher revenues await in 2022. 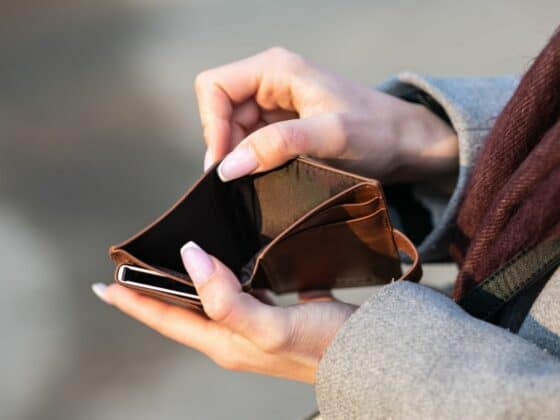 10 Biggest Money Wasters You Need to Avoid at All Cost 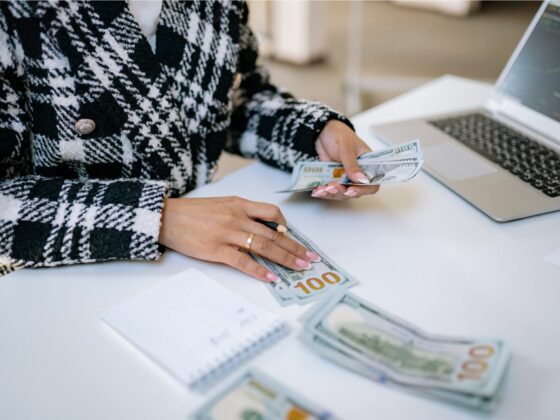